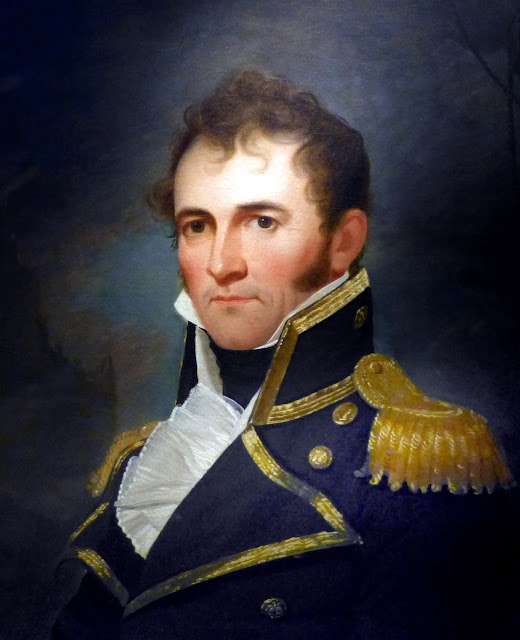 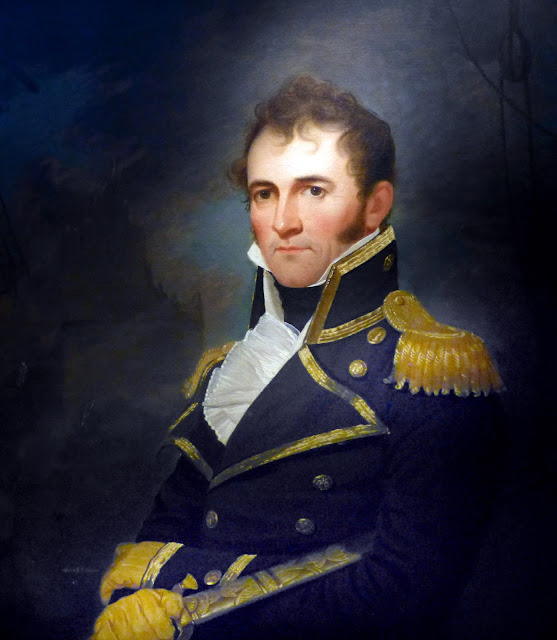 This portrait of Commodore David Porter, USN (February 1, 1780 - March 3, 1843) by an unknown artist hangs in the Naval Academy Museum in Annapolis Maryland.


"Born at Boston, Massachusetts, Porter served in the Quasi-War with France as midshipman on board Constellation, participating in the capture of L'Insurgente. During the Barbary Wars he was taken prisoner when Philadelphia ran aground in Tripoli harbor.

Following the War of 1812 he led the expedition to suppress piracy in the West Indies. He then served in the Mexican Navy as its commander-in­-chief. He left the Mexican service in 1829 and was appointed United States Minister to the Barbary States. He died on March 3, 1843, while serving as United States Ambassador to Turkey." -- U. S. Naval Academy