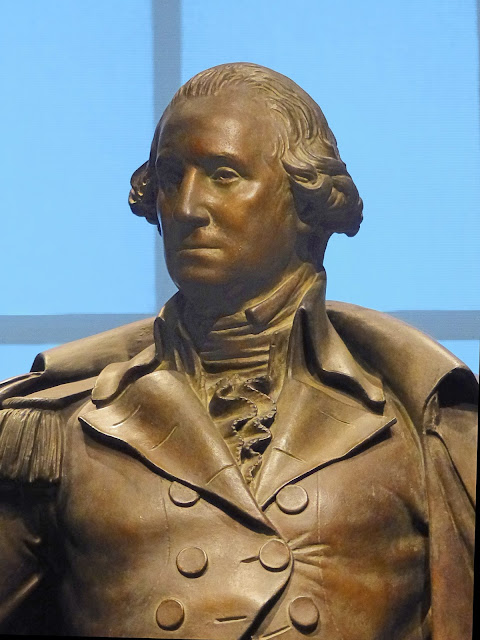 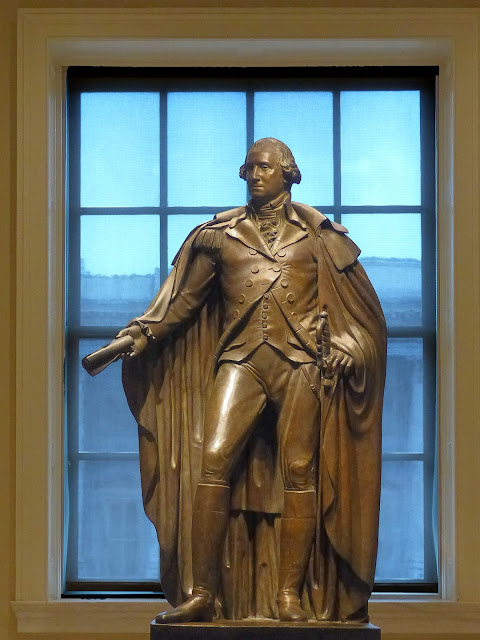 This c. 1841 painted plaster statue of Washington Resigning His Commission by Ferdinand Pettrich stands in the Smithsonian American Art Museum in Washington, DC.


"George Washington refused to accept the extraordinary power Congress offered to him after his victory over the British, declaring 'as the sword was the last resort for the preservation of our liberties, so it ought to be the first thing laid aside, when those liberties are firmly established.' He resigned his military commission and became an ordinary citizen because he believed that only monarchies needed standing armies, chiefly to keep the people subdued. Citizen militias, organized at moments of crisis and quickly disbanded, represented the true nature of a democracy. Ferdinand Pettrich created this work when political power in the United States was being consolidated around the federal government. He may have felt that this historic moment in Washington’s life would remind a new generation of the nation's founding ideals, and of the dangers of too much power given to too few." -- SAAM 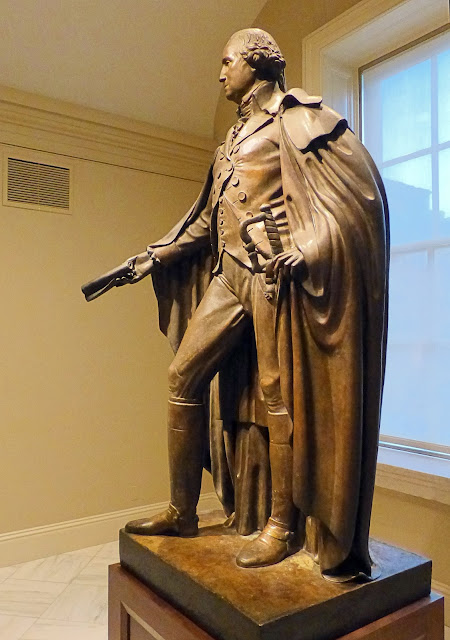 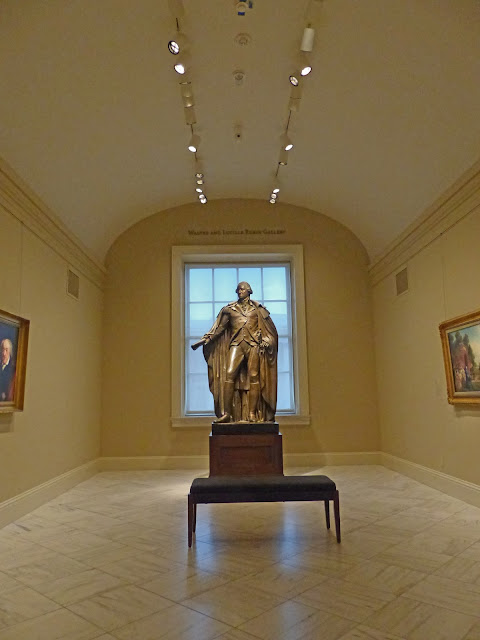