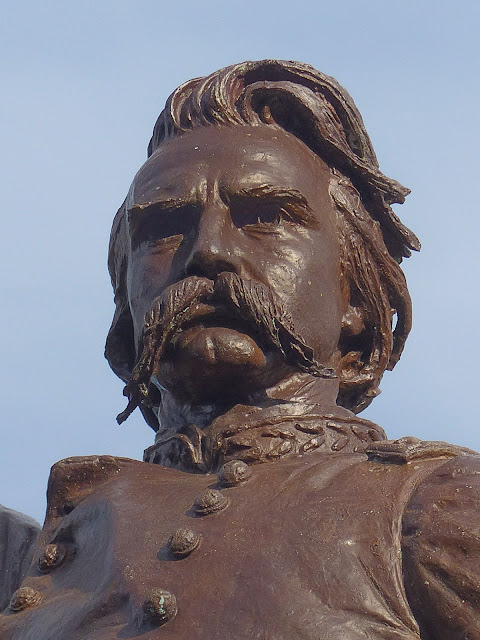 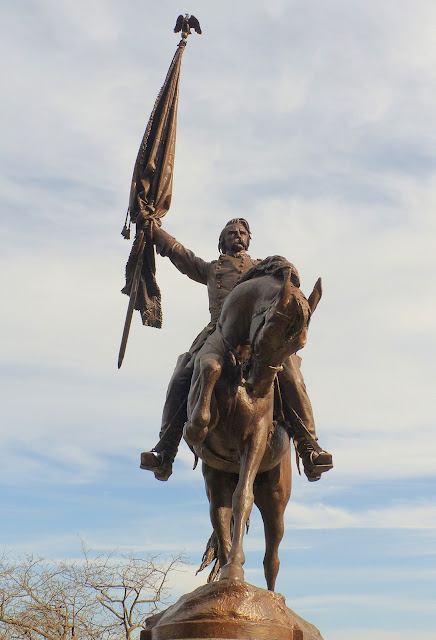 This 1897 Statue of John A. Logan by Augustus Saint-Gaudens et al. stands in Grant Park in Chicago Illinois. 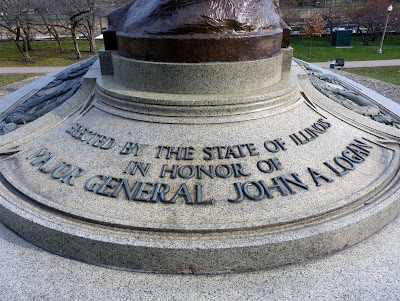 Erected by the State of Illinois, in honor of General John A Logan 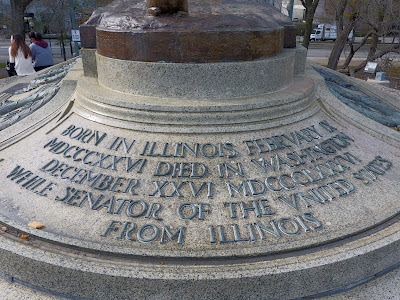 Born in Illinois Febuary IX MDCCCMDXXVI. Died in Washington Dec XXVI MDCCCLXXXVI while senator of the United States from Illinois 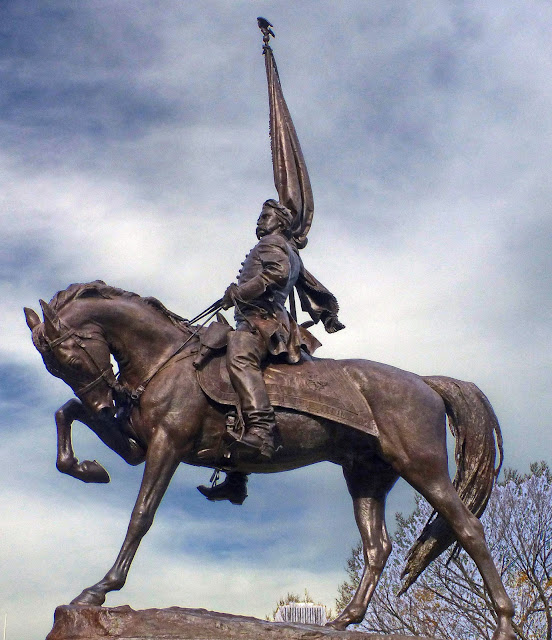 Shortly after Logan's death the Illinois legislature appropriated 50,000 dollars for a memorial. The Chicago Park District contributed the installation site and $14,000 for the foundation. Saint-Gaudens was chosen by a committee formed in Chicago to memorialize Logan. He collaborated with architect Stanford White to create the environmental context for his sculpture. Daniel H. Burnham assisted Stanford White with the design of the base and setting. Saint-Gaudens created the figure and Alexander Phimister Proctor created the horse. Annette Johnson and Mary Lawrence Tonetti also worked on the commission.  -- SIRIS 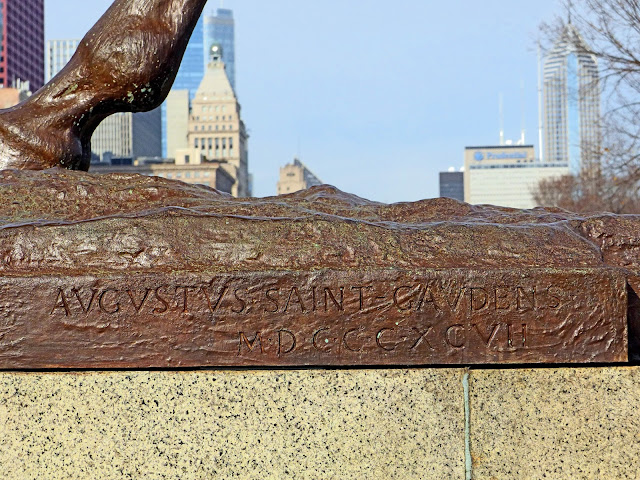 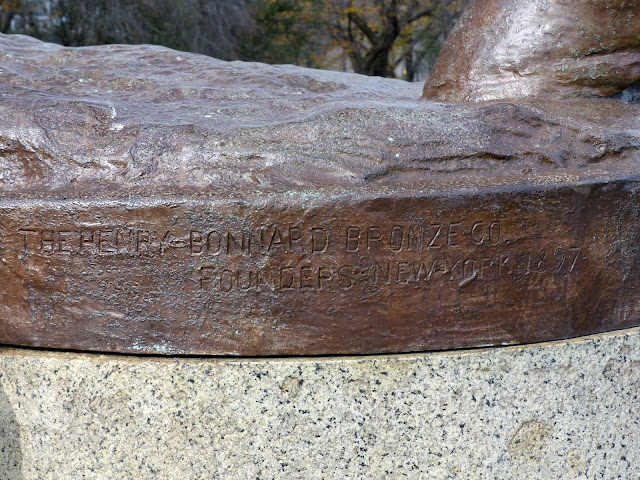 The Logan Monument Memorial by George F. James, 1898 includes this photo of Logan: 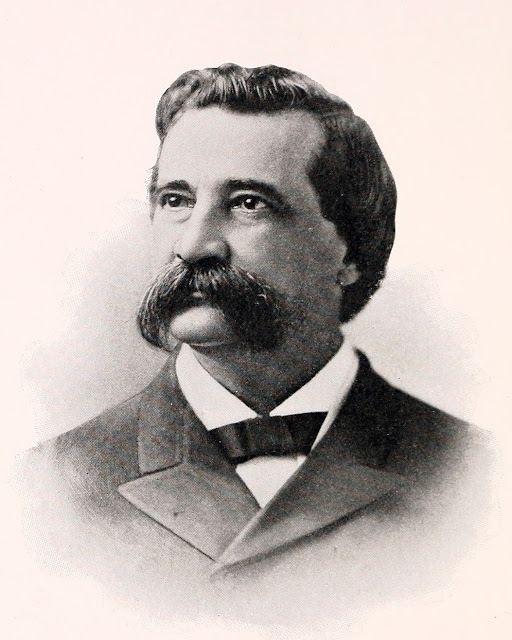 This 1912 image by B. J. O. Nordfeldt (Smithsonian) shows the statue in context between the railroad and the Blackstone Hotel. 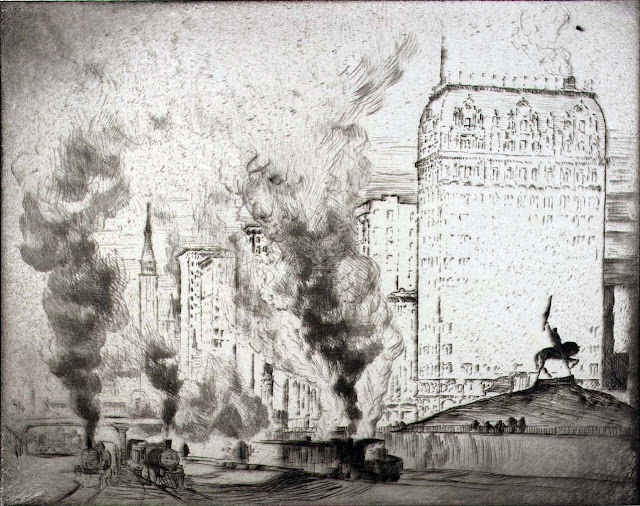 That's the Chicago Hilton looming behind behind the statue in the photo below. 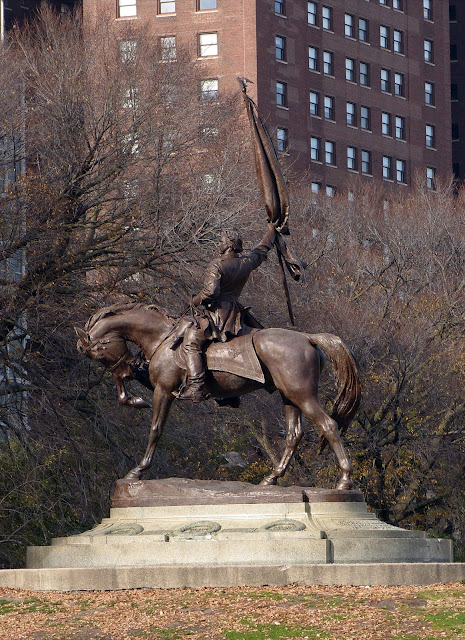 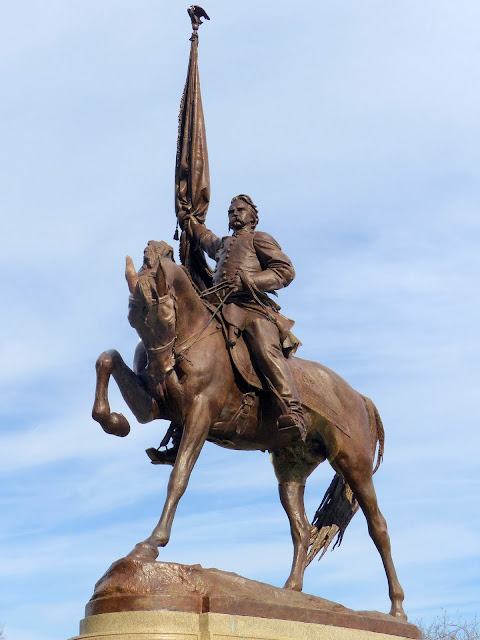 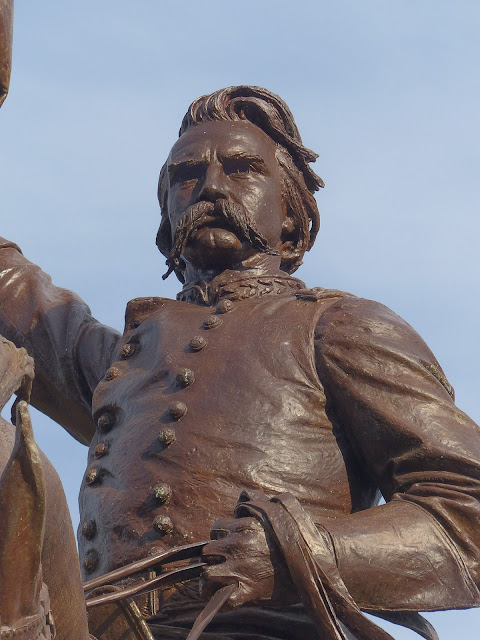