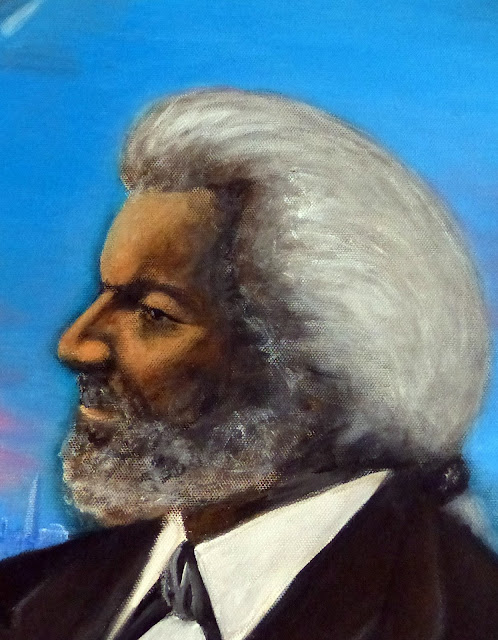 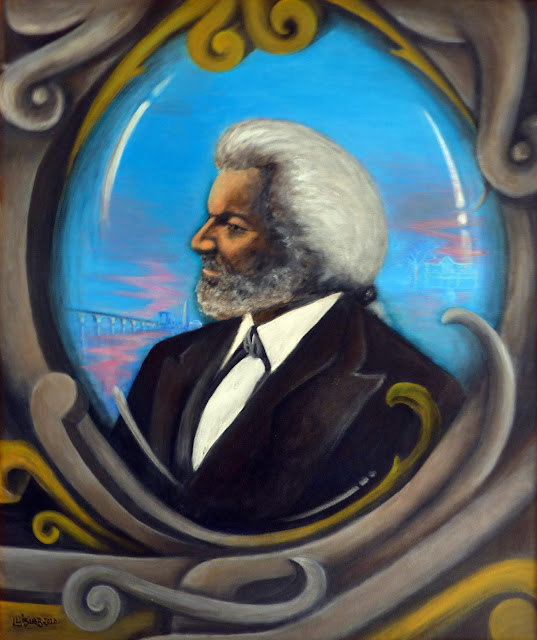 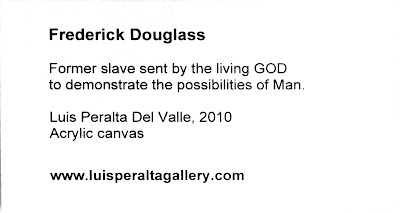 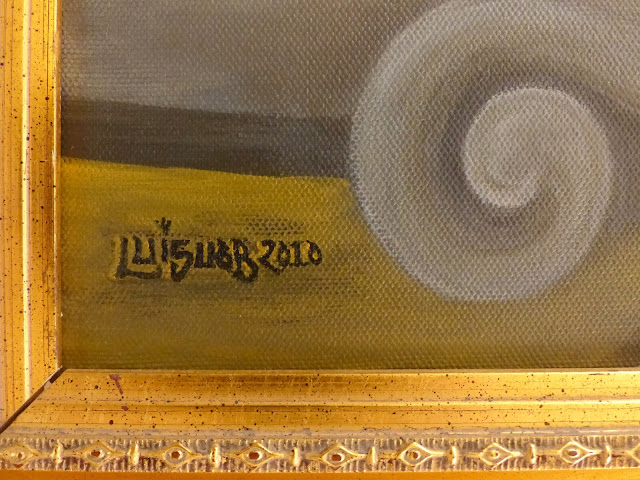 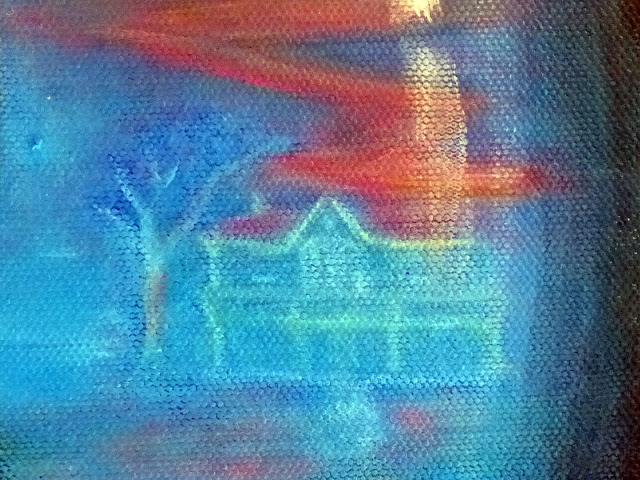 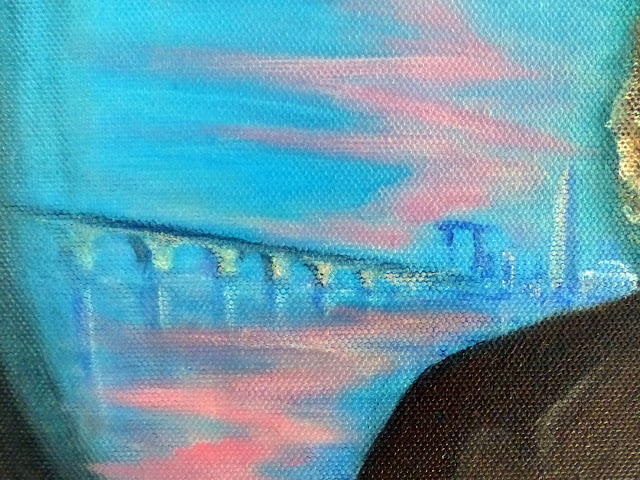 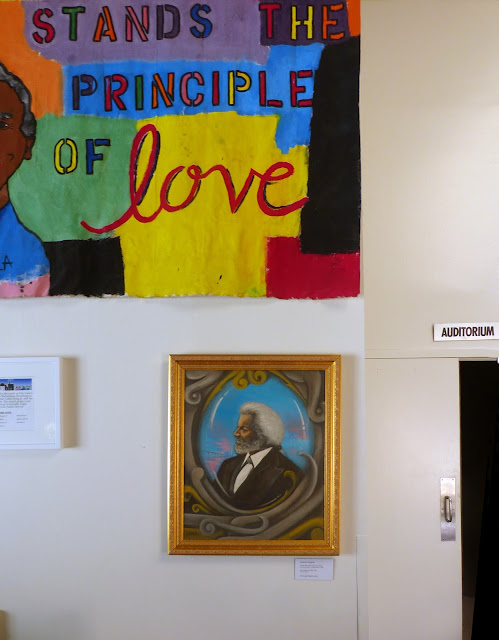 This painting somewhat resembles this image from the cover of Frederick Douglass: A Clarion Voice by John Blassingame, 1976. 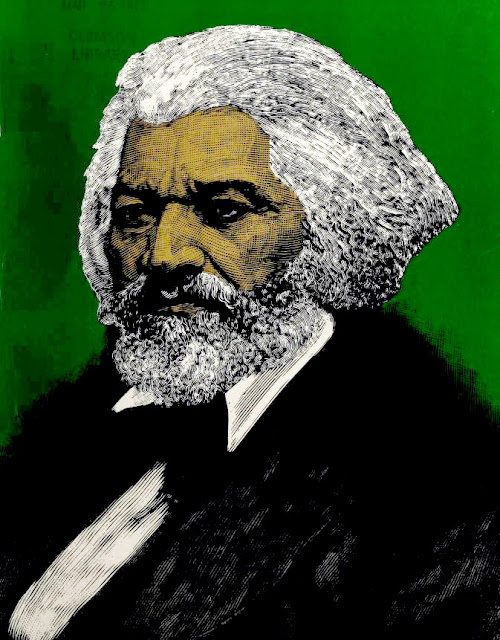 And this photo which appeared in Frederic May Holland, Frederick Douglass: the colored orator, 1895. 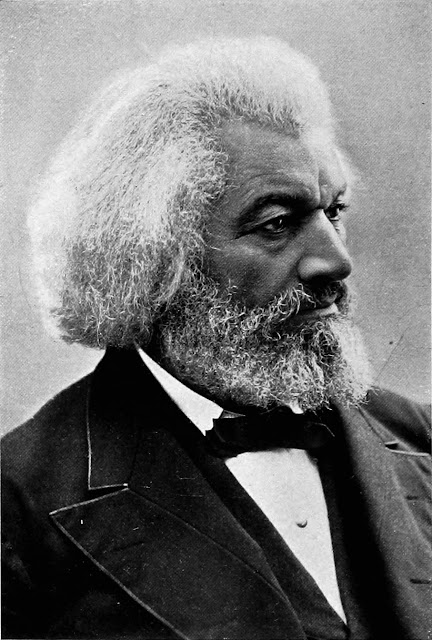