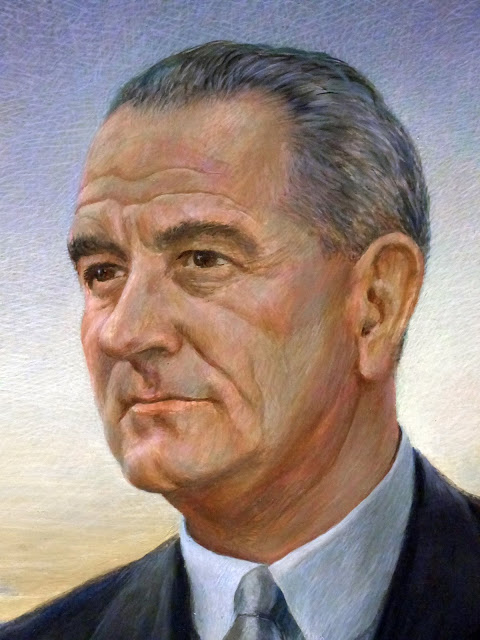 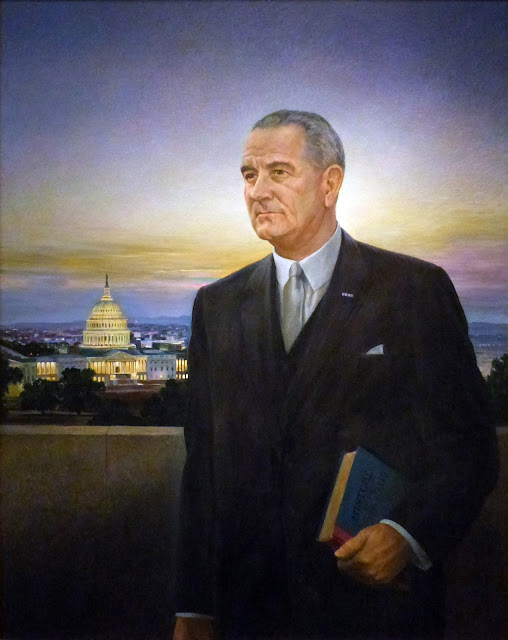 
"No political figure harnessed the forces of American politics better than Lyndon Johnson as majority leader of the Senate. His decision to serve as John Kennedy's vice president seemed like a demotion, but when Johnson became president upon Kennedy's assassination, his mastery of the legislative process and legendary persuasiveness produced a string of landmark legislation and actions: far­reaching civil rights acts, "war on poverty" initiatives, Medicare, Medicaid, major federal funding for education, and the appointment of the first African American - Thurgood Marshall - to the Supreme Court. Unfortunately, Johnson's escalation of the Vietnam War transformed his presidency from one of the most popular to one of the most maligned.

This portrait by Peter Hurd was meant to be Johnson's official White House likeness. But that plan was quickly scrapped after Johnson declared it 'the ugliest thing I ever saw.' Soon the pun was making the rounds in Washington that 'artists should be seen around the White House-but not Hurd.'" -- National Portrait Gallery 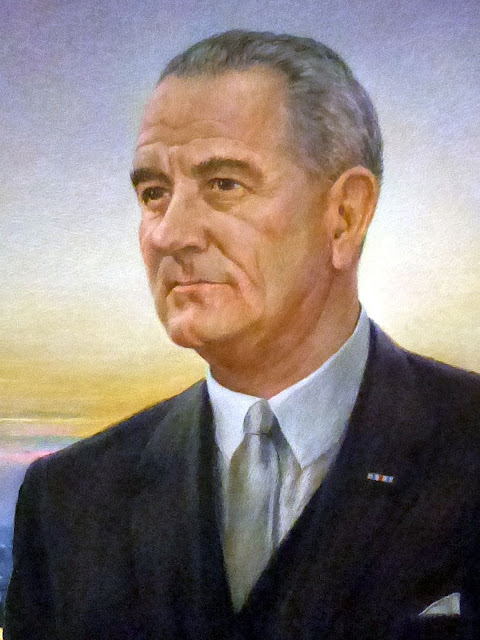 In this portrait Johnson carries a history of the United States 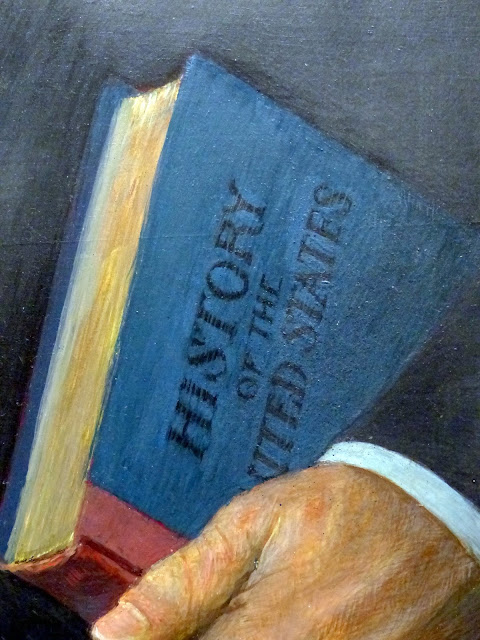 and stands in front of the Capitol of which Hurd provides a beautiful night-time view. 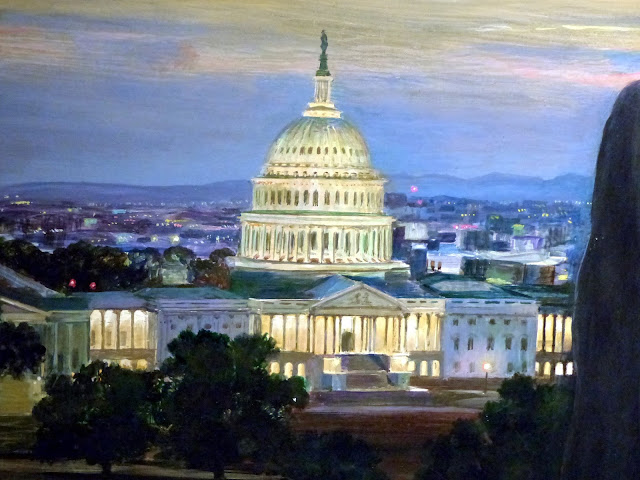 In his lapel Johnson has a ribbon representing the Army Silver Star. 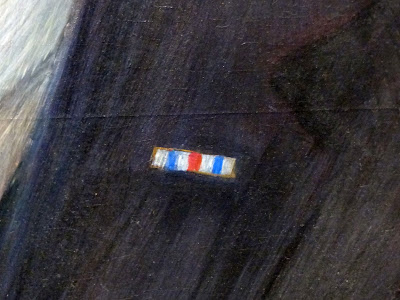 LBJ's Silver Star is not without its own controversy. The citation for the medal can be seen here. The Guardian's headline says, citing CNN, that "LBJ's medal for valour 'was sham'. See CNN's analysis here. (PDF)