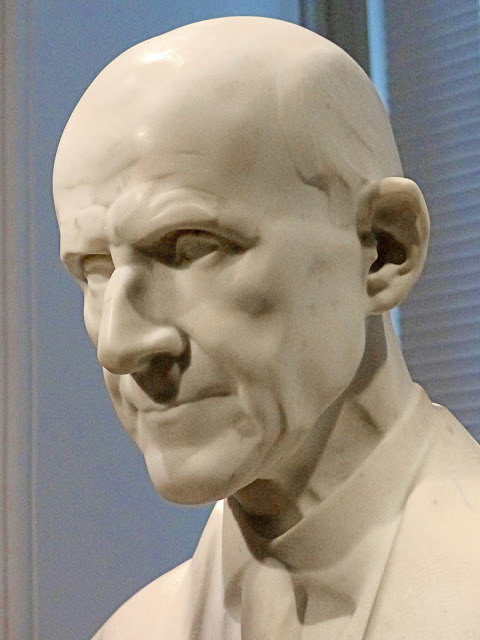 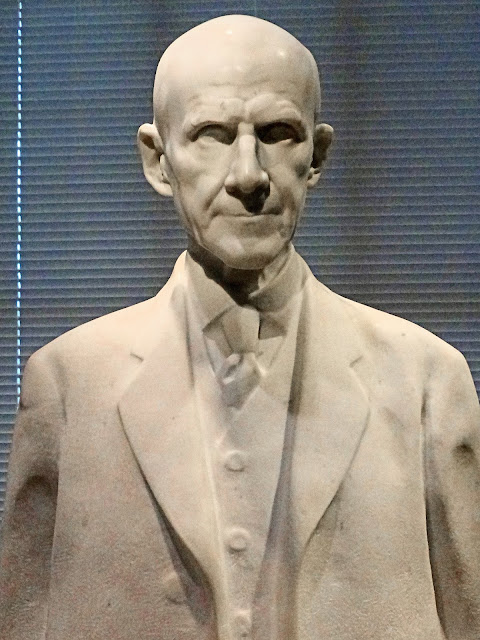 "In 1919, labor organizer and Socialist Party of America founder Eugene V. Debs was imprisoned for statements deemed critical of the war effort by Woodrow Wilson's attorney general. After his conviction, Debs voiced his solidarity with those he had always championed: "While there is a lower class, I am in it, while there is a criminal element I am of it, and where there is a soul in prison I am not free."  Debs never retreated from his goal to transform American capitalism, taklng the socialist cause to its highwater mark in the 1912 presidential election, where he received nearly one million votes." -- National Portrait Gallery