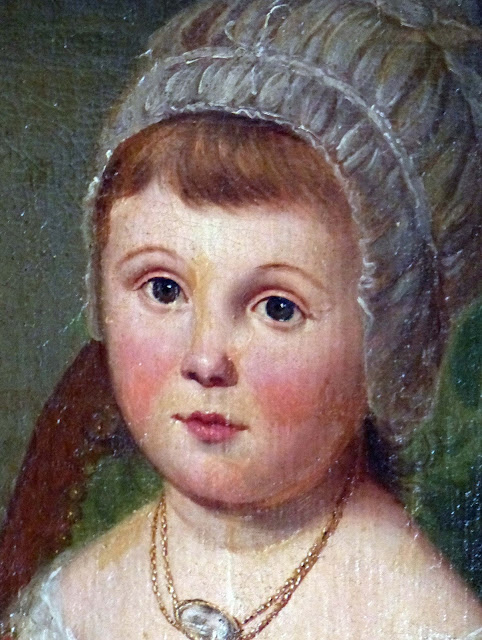 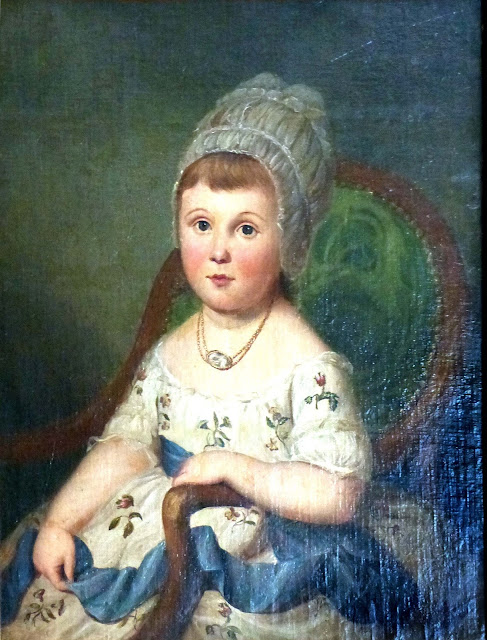 
Dumbarton House describes Phoebe and the this painting this way:

What: This portrait of Phoebe Morris was painted by the artist Charles Wilson Peale (American, 1741-1827) in 1796, when Phoebe was approximately 5 years old. The dress and necklace worn in this portrait are in the Wyck Association Collection in Philadelphia.

Why: Through family and friends, Phoebe Morris has an important connection to Dumbarton House an Nourses. Phoebe Morris is the sister of Rebecca Wistar Morris, wife of Charles Nourse, son of Joseph Nourse, Phoebe's father, Anthony Morris, was a Quaker and lawyer from Philadelphia.

Phoebe also had a close relationship with First Lady Dolley Madison, who invited her to balls at the President's House, or "Palace," and to other social events in Washington. Phoebe would often describe such occasions in a letter to her father. Dolley unsuccessfully tried to play matchmaker with her son, Payne Todd, and Phoebe. She stayed with the Madisons for several months in early 1812. In May 1811, Dolley writes to Phoebe, "My dear and precious Phebe [sic]... I have wept over your charming letter - which proves that I love and regret you...." 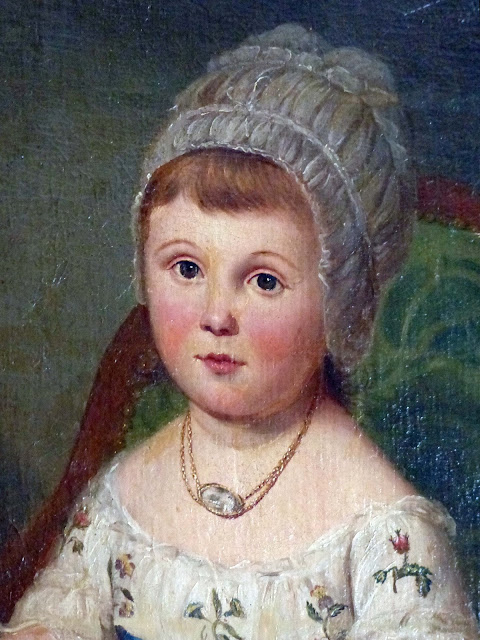