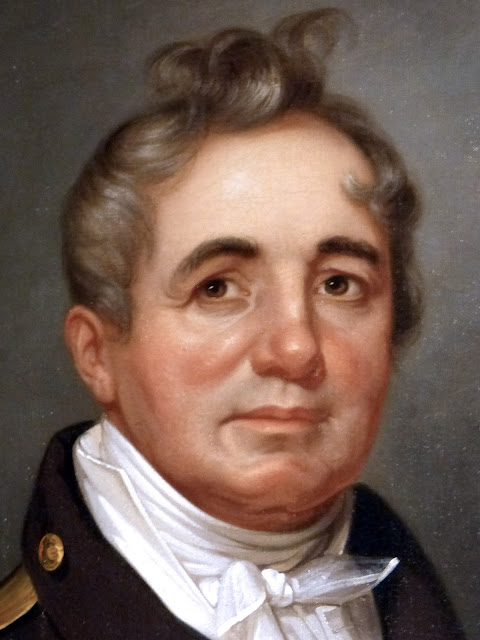 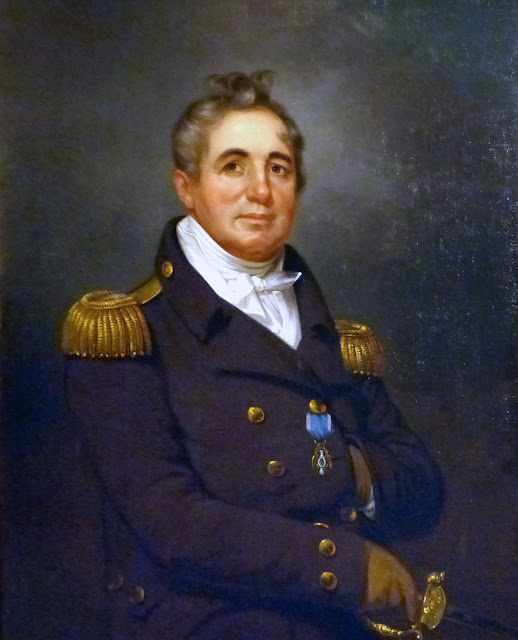 Born near maritime Baltimore when it was still a village, Joshua Barney (1759-1818) was an officer in the new American navy by age seventeen. During the American Revolution, he had enough adventures to fill a lifetime. Barney commanded vessels in fierce firefights with the British, and was captured more than once. He escaped from a notorious prison, and in 1783 carried news ofthe American victory to France. Always restless, he served as an officer in the French Navy in the 1790s then went to sea again as a successful American privateer when war broke out in 1812" -- MD Historical Society.


B. Loessing's portrait of Commodore Barney, from the Pictorial Fieldbook, follows Peale's. 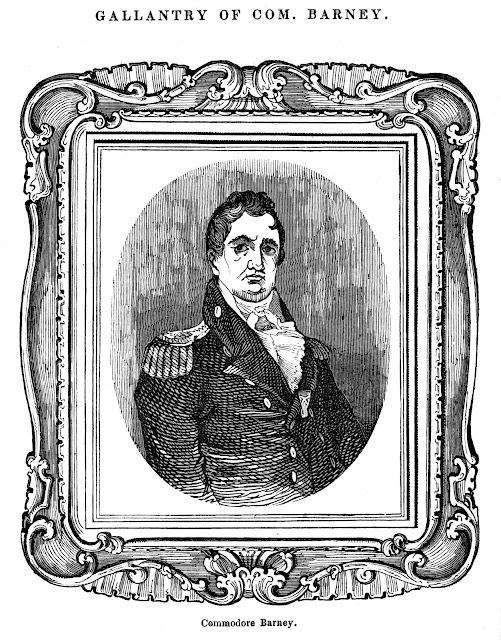