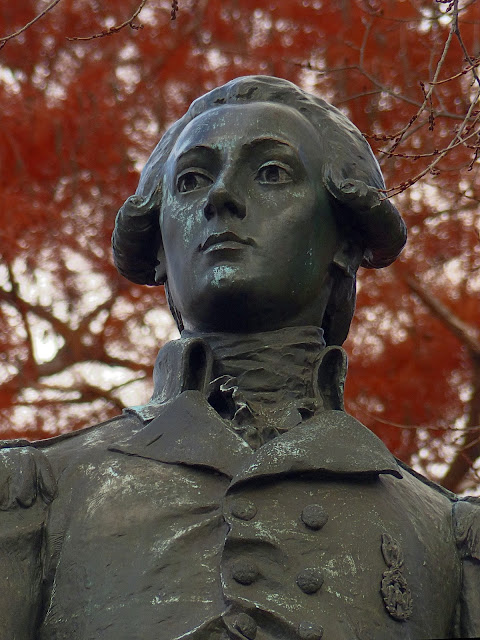 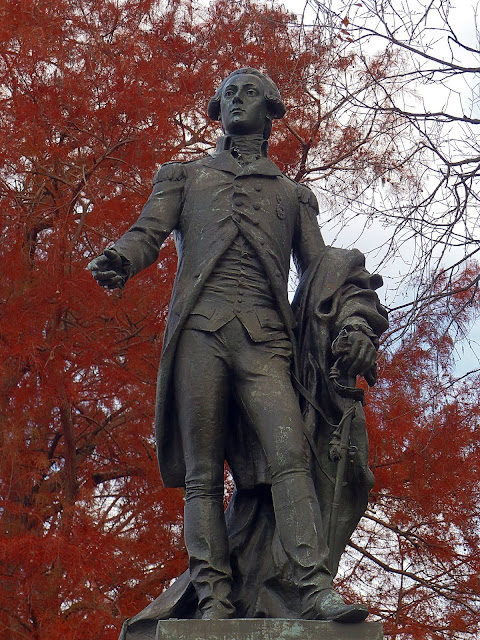 
"In 1777, Marquis Gilbert de Lafayette (1787-1834) defied French King Louis XVI and sailed his ship, La Victoire, to America to join the Americans in their fight for independence. He was appointed a Major General and became George Washington's aide-de-camp and took part in the Battle of Brandywine, the winter at Valley Forge, and the Rhode Island campaign. In 1778, he went back to France where he successfully persuaded the French to assist American forces. Comte de Rochambeau was appointed commander of the French forces, Comtes d'Estaing and de Grasse were appointed leaders of naval forces. At Yorktown, Virginia, Rochambeau and Washington led troops from the north while Comtes de Barras and Grasse took command of the coast, and Lafayette cornered the British so that they could not escape. The British forces under Cornwallis were forced to surrender. Following the war, Lafayette returned to France, but came back to America twice in later years and each time was enthusiastically received. Because he had spent over $200,000 of his own money during the Revolution, Congress granted him $200,000 and a township of land in Louisiana and Florida, though not citizenship. The monument was erected by the Government at a cost of $50,000." -- SIRIS 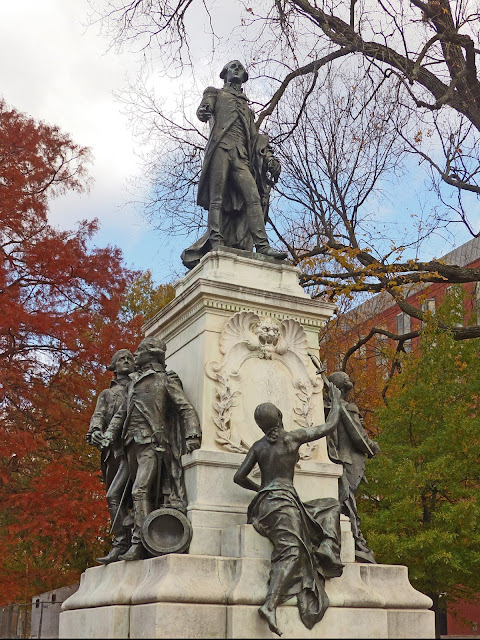 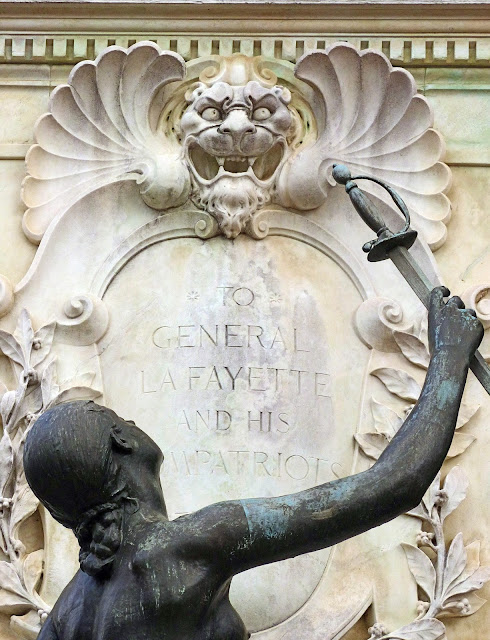 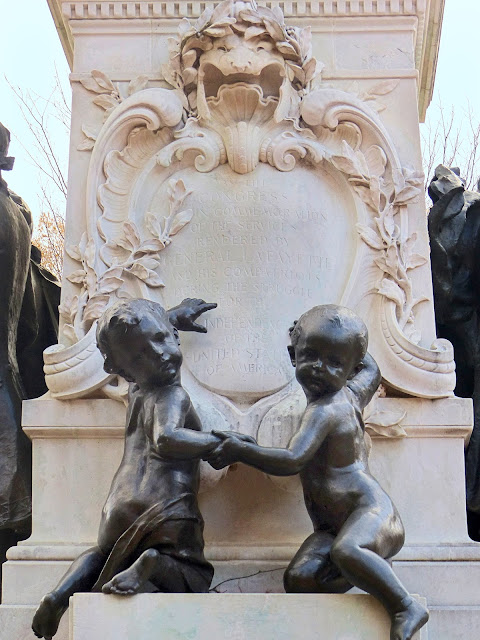 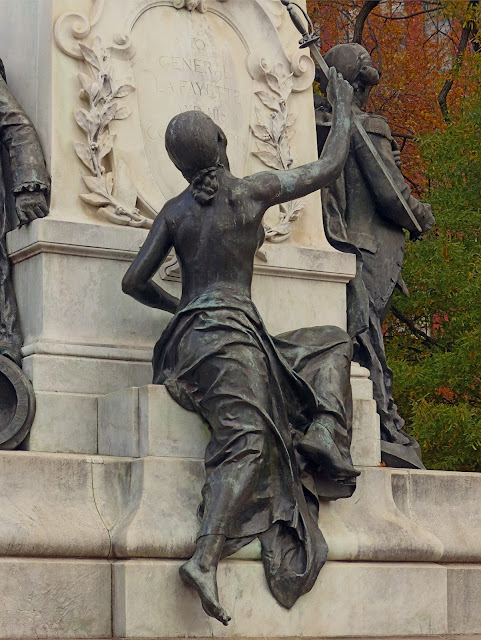 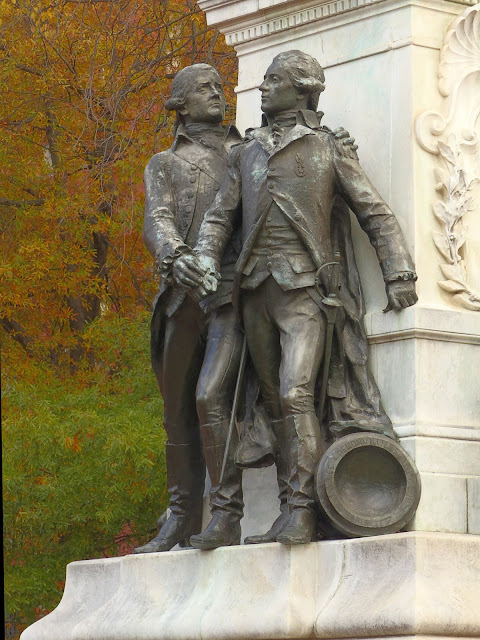 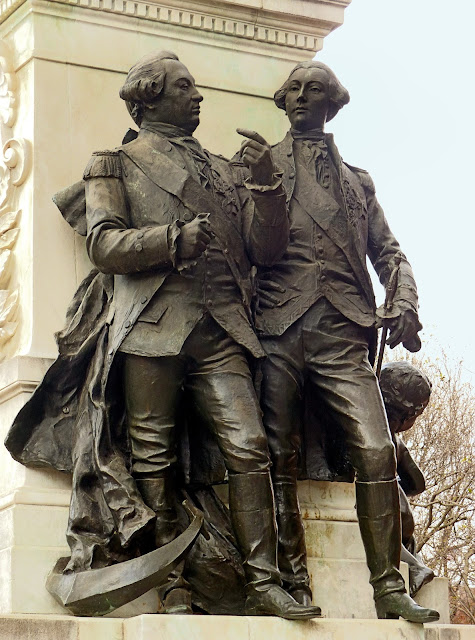 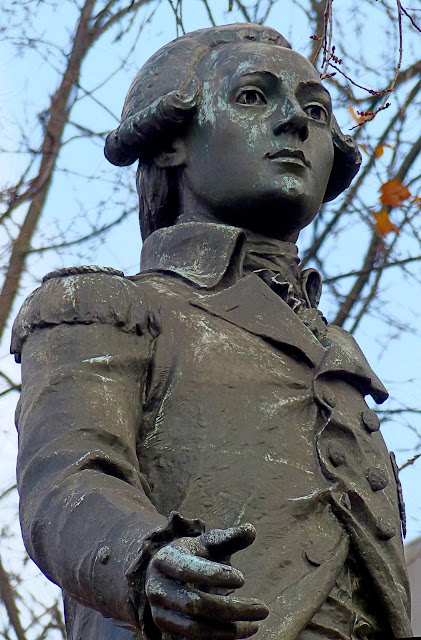