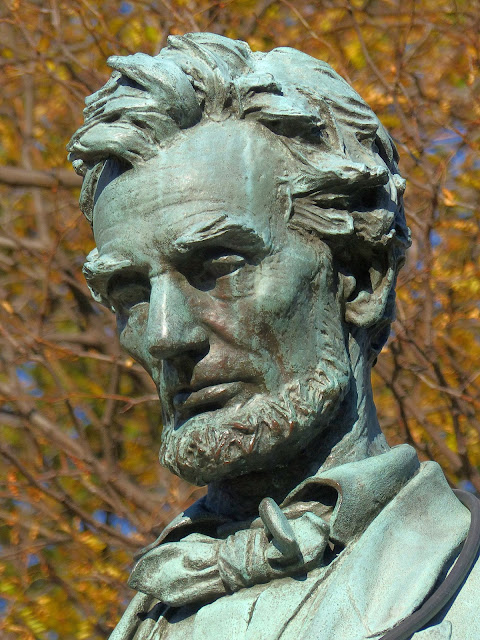 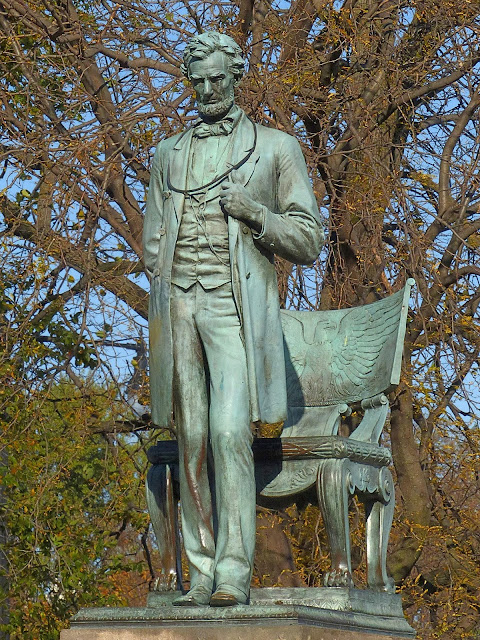 This 1887 statue of Abraham Lincoln by Augustus Saint Gaudens stand in Lincoln Park in Chicago, Illinois (the bicycle inner-tube is a modern addition). 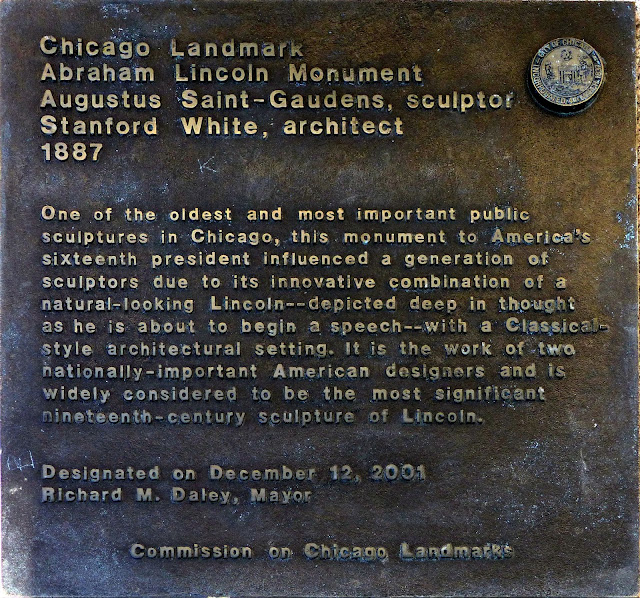 One of the oldest and most important public sculptures in Chicago, this monument to America’s sixteenth president influenced a generation of sculptors due to its innovative combination of a natural-looking Lincoln-–depicted deep in thought as he is about to begin a speech-–with a Classical style architectural setting. It is the work of two nationally-important American designers and is widely considered to be the most significant nineteenth-century sculpture of Lincoln.


"To make the portrait as realistic as possible, Saint-Gaudens used the life mask of Lincoln and the casts of his hands that had been made by Leonard Volk before Lincoln became president. Eli Bates, a pioneer in the lumber business in Chicago, died in 1881 and his will earmarked funds for a fountain and statue of Lincoln, both to go in Lincoln Park. Stanford White is responsible for the architectural details." -- SIRIS 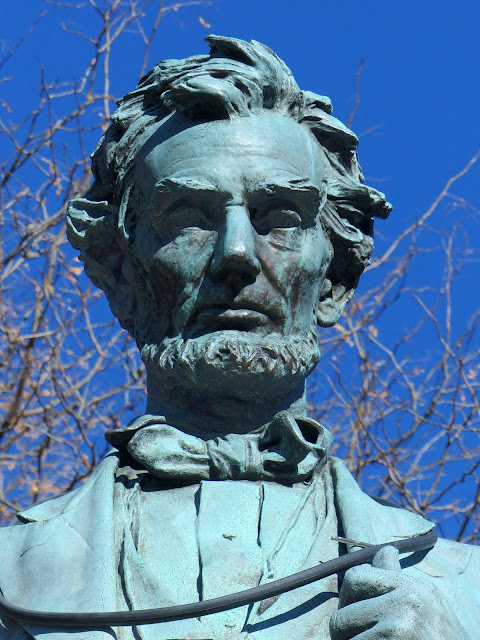 "Mr. Lincoln is seen standing in front of his Chair of State from which he appears to have just arisen. The chair with clawed legs and American eagle in relief on the back, was inspired by a cast of a seat from a Greek theater. There is a contrast between the symbolic portrayal of the chair and the realistic portrayal of Lincoln." -- SIRIS 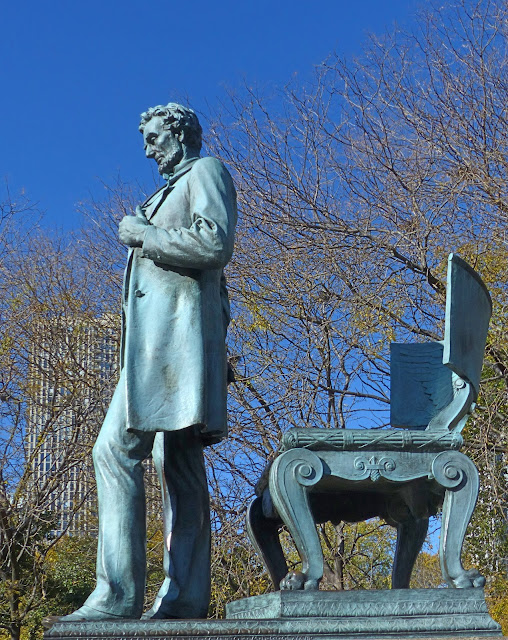