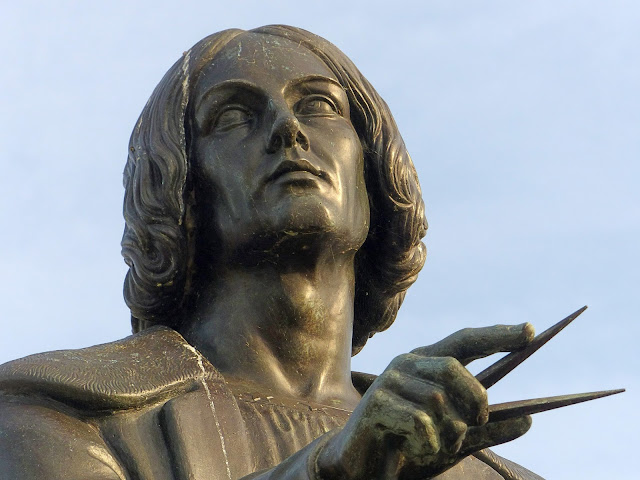 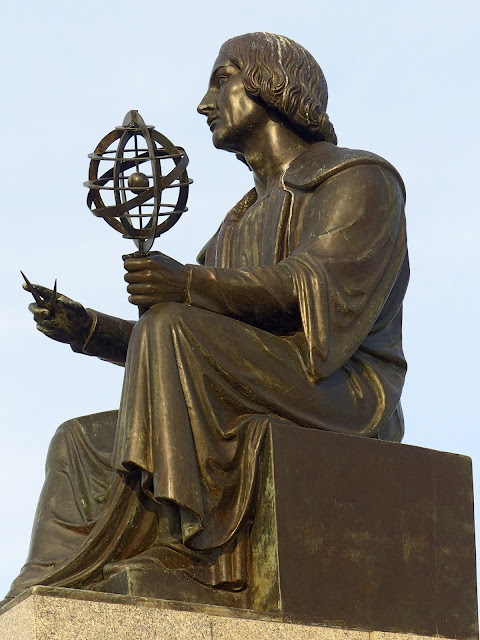 This statue of Nicolaus Copernicus, Mikołai Kopernik, (1473-1543) was originally designed by Bertel Thorwaldson in 1823 for the Polish Academy of Science in the Staszic Palace in Warsaw.


The Chicago version was cast under the supervision of Bronislaw Koniuszy and installed in Chicago's Burnham Park in 1973, in front of the Adler Planetarium.


"Copernicus is depicted in a moment of reflection, dressed in 16th century Polish robes, his eyes turned toward the stars. In his hands he holds the instruments that identify him as an astronomer, an open compass and resting on his knee, an armillary sphere, or model of the solar system." -- SIRIS 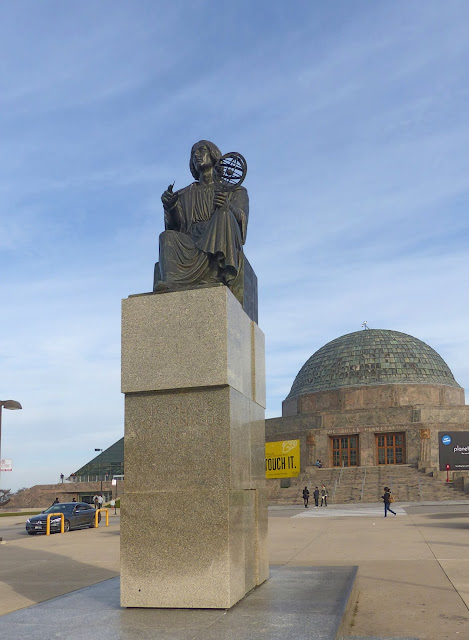 "At the dedication, a copper box containing soil from six sites connected with the life of Copernicus was sealed within the granite base." -- SIRIS 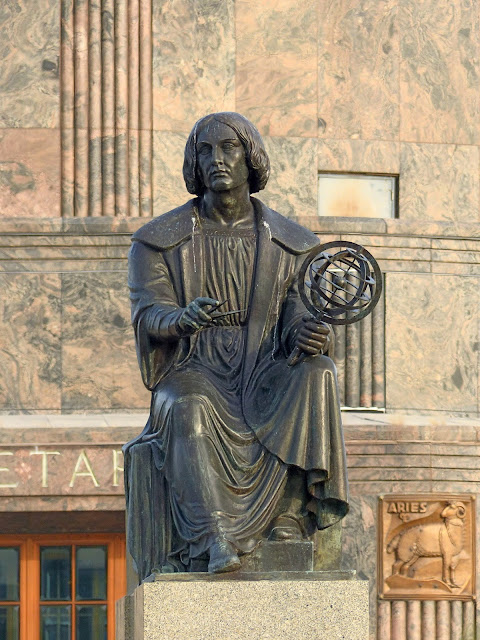 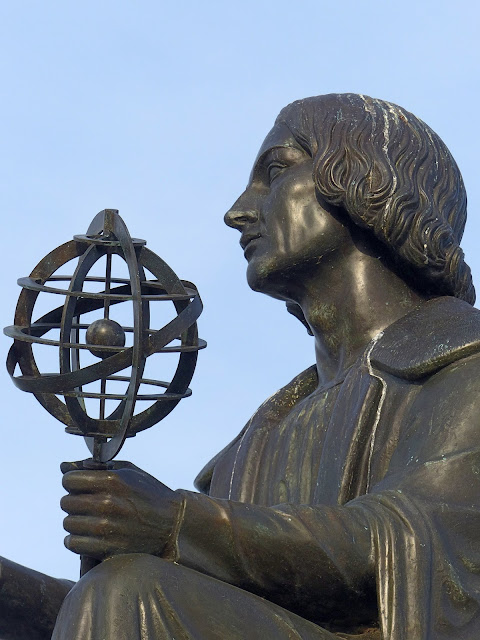 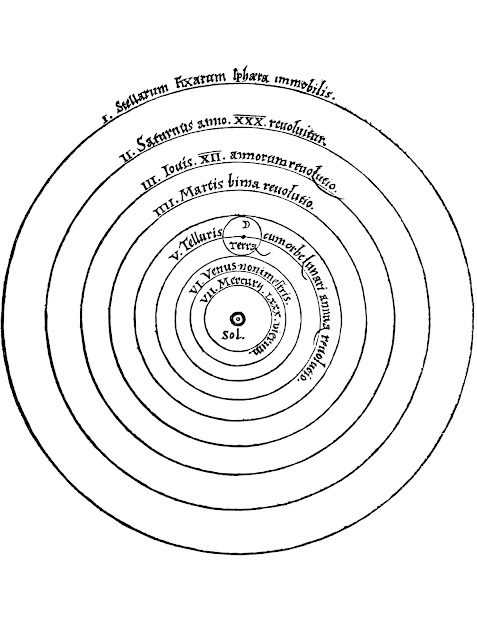 Copernicus's [heliocentric] vision of the universe in Dē revolutionibus orbium coelestium. (Wikipedia)
Posted by Allen Browne at 6:50 AM