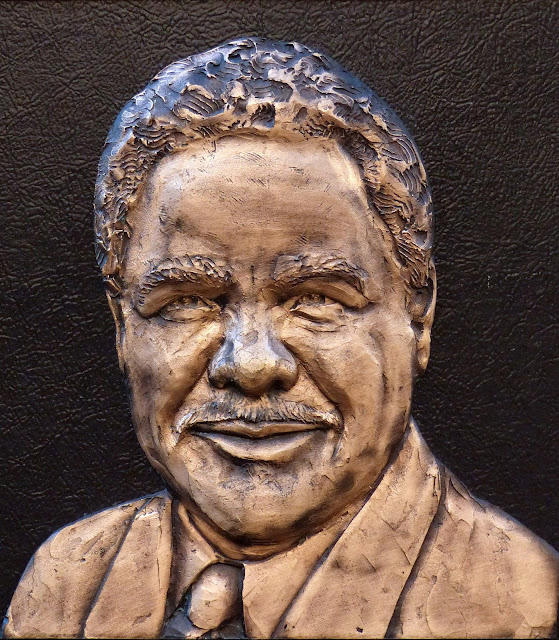 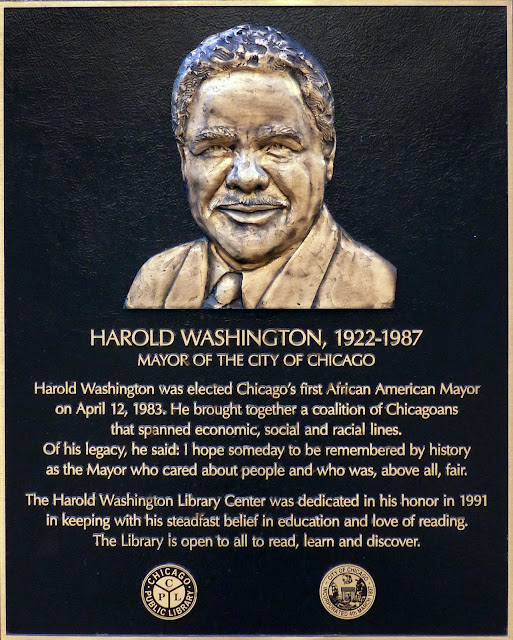 Harold Washington was elected Chicago's fist African American Mayor
on April 21 1983 He brought together a coalition of Chicagoans
that spanned economic, social and racial lines.
Of his legacy, he said: I hope someday to be remembered by history
as the Mayor who cared about people and who was, above all, fair.

The Harold Washington Library Center was dedicated in his honor in 1991.
In keeping With his steadfast belief in education and love of reading.
The Library is open to all to read, learn and discover. 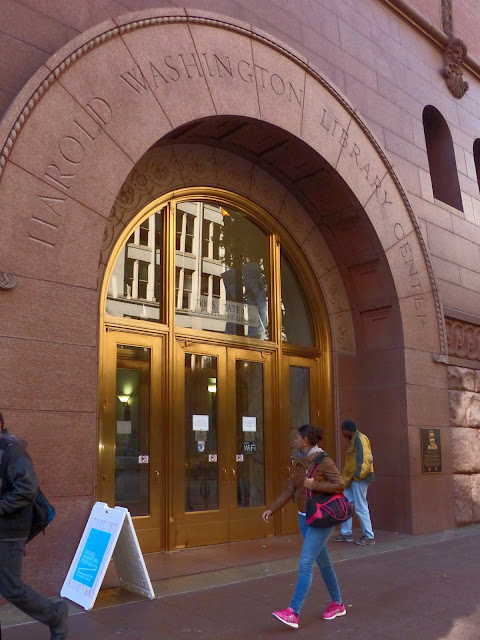 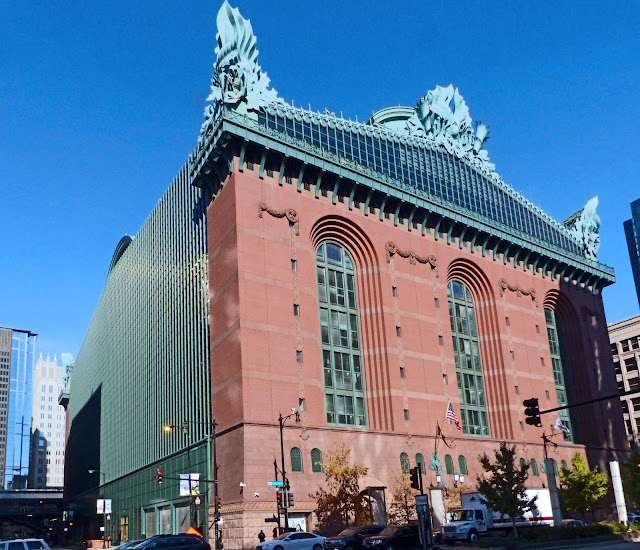 "In 1987, Mayor Harold Washington ordered a design/build competition for a new central library in the South Loop. The City Council authorized the competition and the $144 million bond issue to finance the project on July 29, 1987. Based on both design and cost criteria, an 11-member citizen jury selected the design by Thomas Beeby from Hammond, Beeby & Babka, Inc. as the winner on June 20, 1988. Groundbreaking took place October 13, 1988, using imported soil because the location at State and Van Buren streets was an asphalt-covered parking lot. ... Dedicated October 4, 1991, HWLC opened October 7, 1991. Named for Harold Washington (1922-1987), the city's first African American mayor."

A Barn Owl sits on the corner this ornate building. 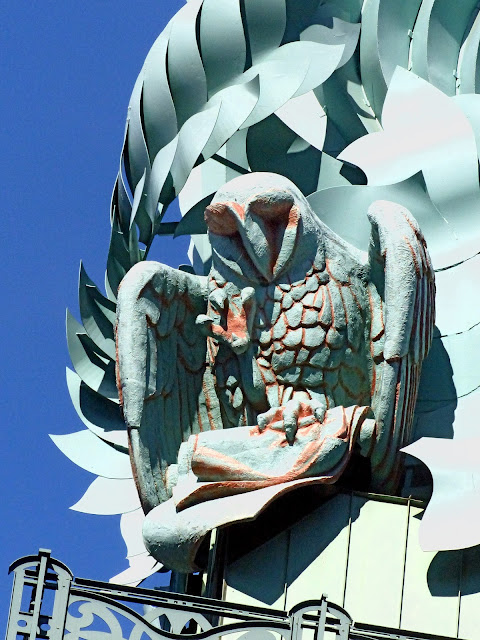 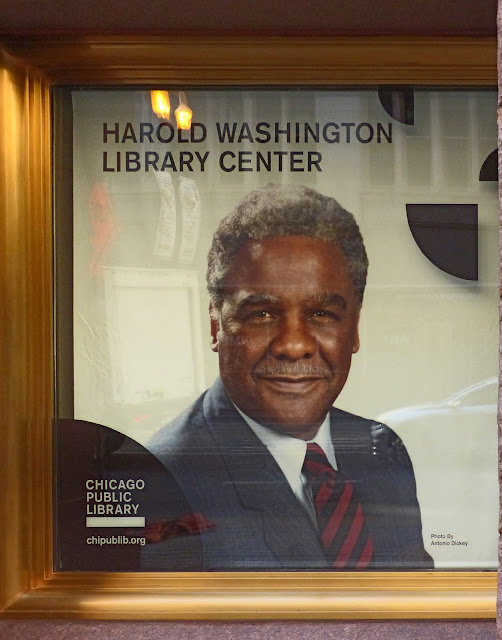