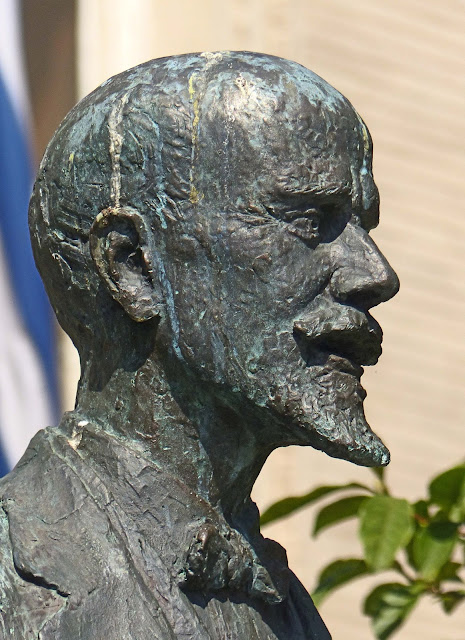 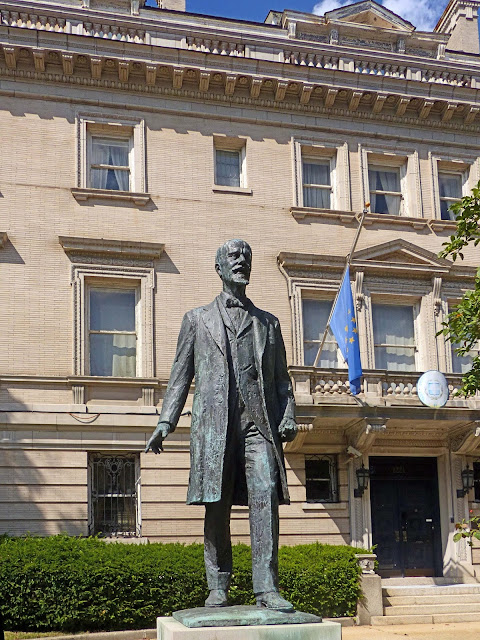 This copy of a 1971 statue of Elefthérios Kyriákou Venizélos by Yannis Pappas was dedicated in front of the Greek Embassy in Washington DC's Sheridan Circle in 2009. The original  is in Freedom Park, Athens. 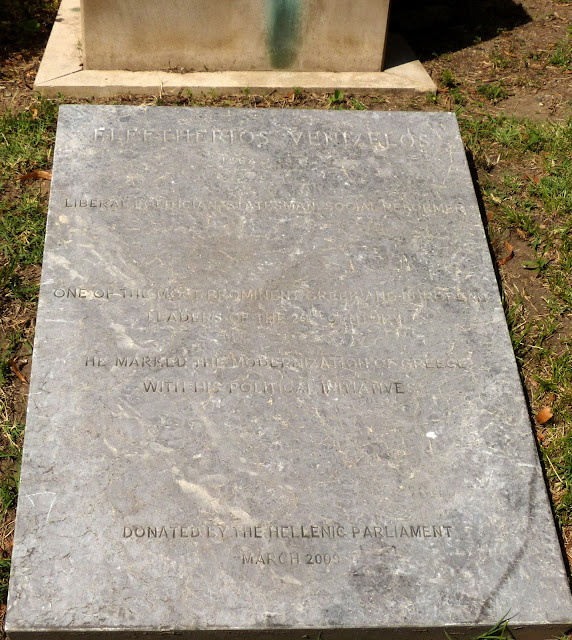 One of the most prominent Greek and European
Leaders of the 20th Century.

He marked the modernization of Greece
with his political initiatives

Donated by the Hellenic Parliament
March 2009 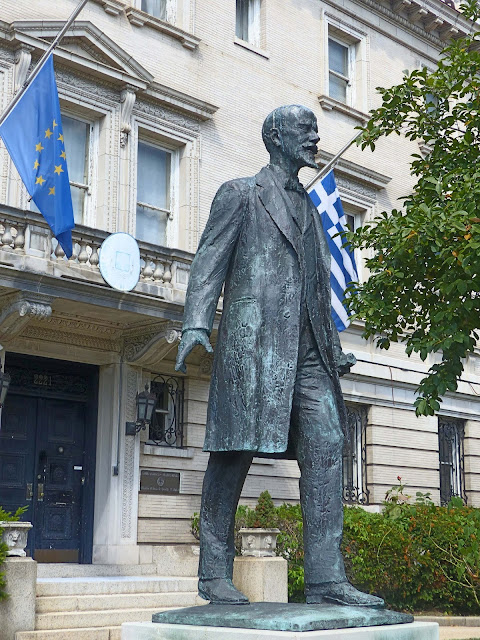 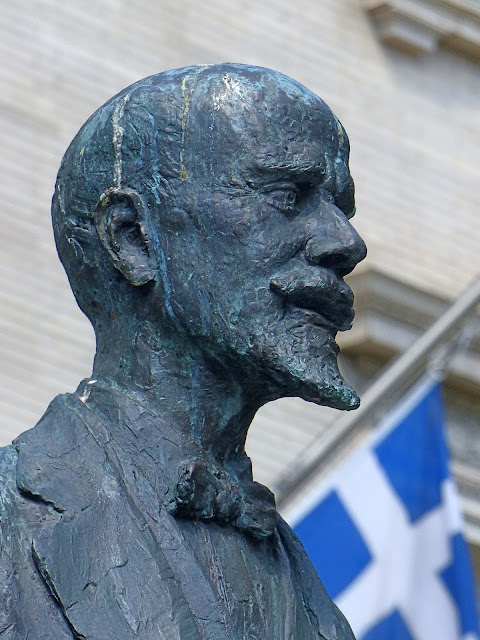