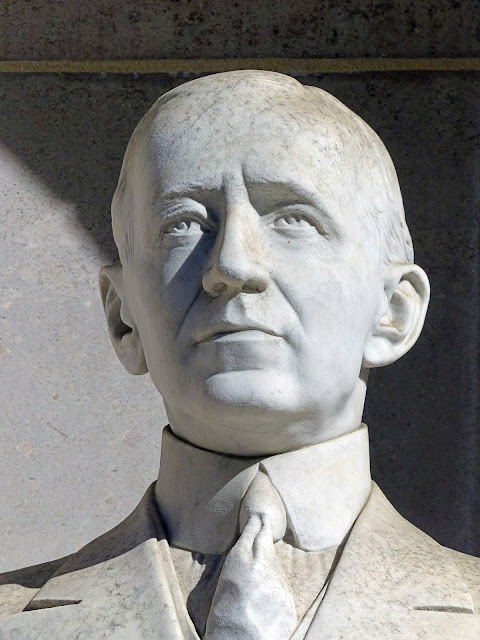 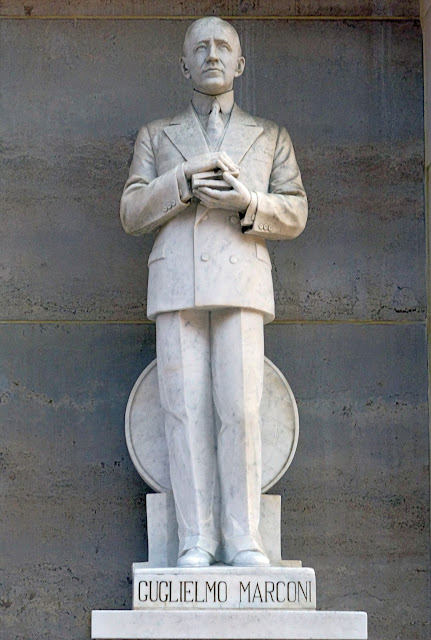 This 1986 statue of Guglielmo Marconi by Carlo Nicoli stands in front of Casa Italiano at Holy Rosary Church in Washington, DC.


"Guglielmo Marconi, 1st Marquis of Marconi, (25 April 1874 – 20 July 1937) was an Italian inventor and electrical engineer known for his pioneering work on long-distance radio transmission and for his development of Marconi's law and a radio telegraph system. He is often credited as the inventor of radio, and he shared the 1909 Nobel Prize in Physics with Karl Ferdinand Braun 'in recognition of their contributions to the development of wireless telegraphy'." -- Wikipedia 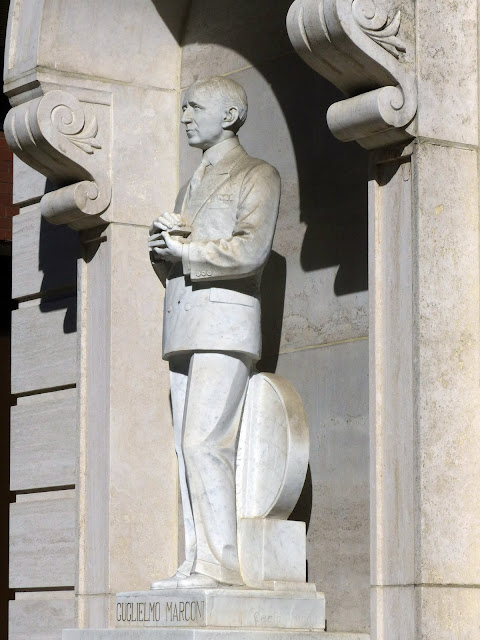 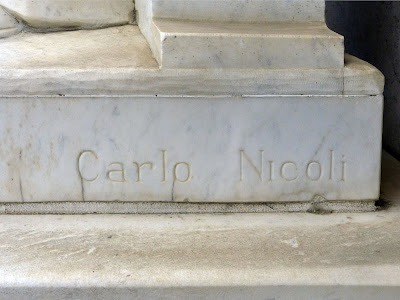 Early in the text of Marconi's 1909 Nobel Prize Speech his says:

"At my home near Bologna, in Italy, I commenced early in 1895 to carry out tests and experiments with the object of determining whether it would be possible by means of Hertzian waves to transmit to a distance telegraphic signs and symbols without the aid of connecting wires." 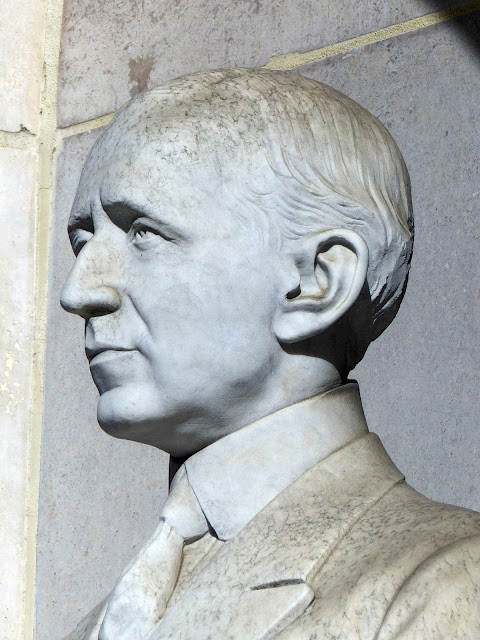 
"Whatever may be its present shortcomings and defects, there can be no doubt that wireless telegraphy - even over great distances - has come to stay, and will not only stay, but continue to advance." 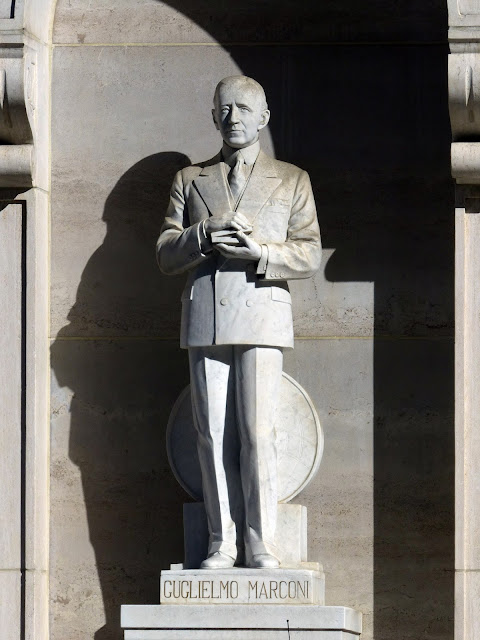 This figure from the Nobel Lecture illustrates an experiment in which Marconi was able to send signals to the USS Philadelphia 2099 statute miles away on February 28,1902. 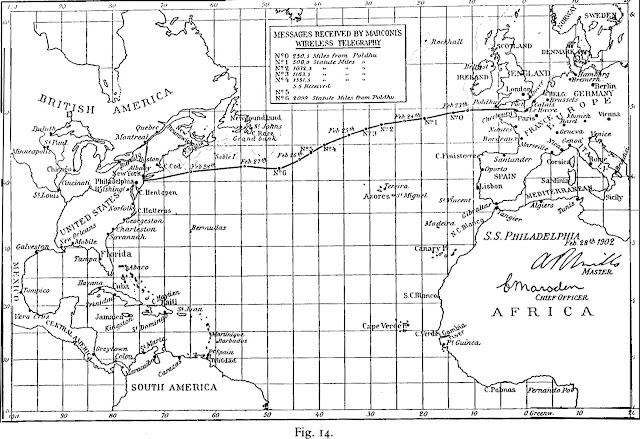 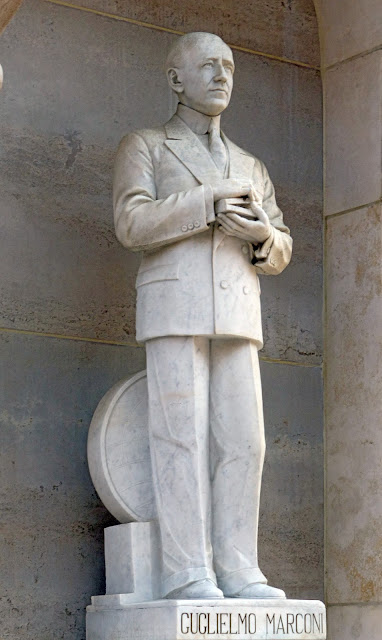