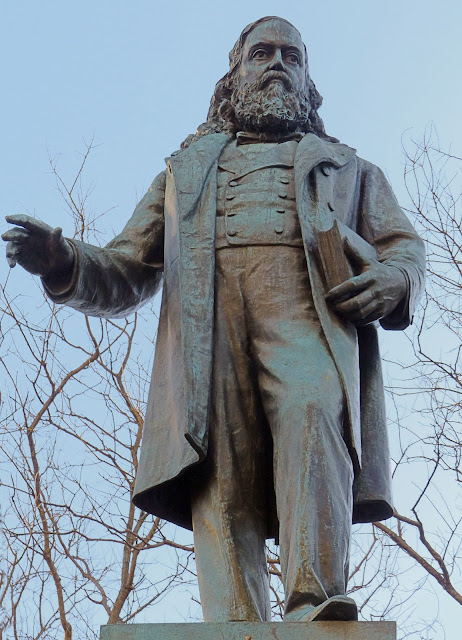 This 1899 statue of Albert Pike by Gaetano Trentanove stands at the corner of 4th and D Streets Northwest Washington, DC. Pike is only Confederate General memorialized in Washington.


"Albert Pike was not only a Confederate general, but also a Masonic leader. He was a leader of the Masons for 32 years and authored "Morals and Dogma of the Ancient and Accepted Scottish Rite of Freemasonry." He was also known as a school teacher, poet, newspaper editor and publisher, lawyer, soldier in the Mexican War and a Confederate general. His wide range of interests included the Western adventures, the transcontinental railroad, and Native Americans. This sculpture was authorized by Congress on April 9, 1898 and was erected by the Ancient and Accepted Scottish Rite of Freemasonry..." -- SIRIS 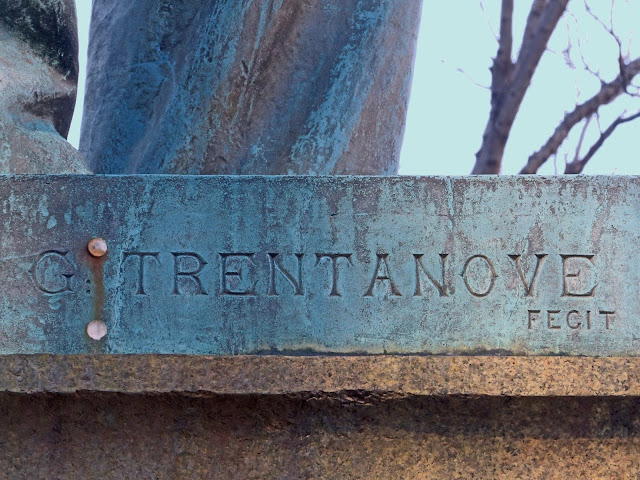 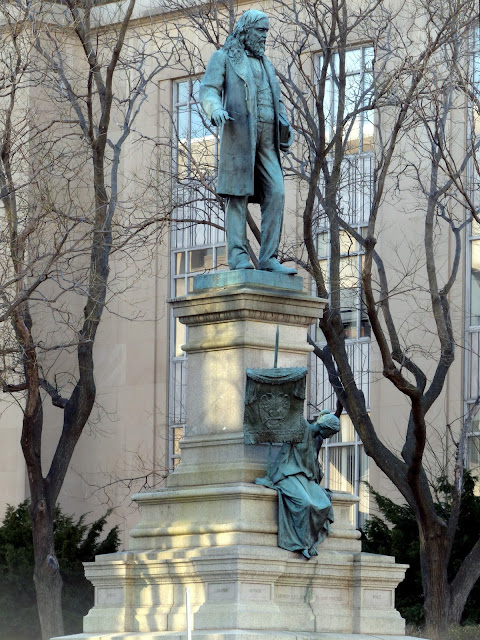 "Portrait of Albert Pike as a Masonic leader and not as a general in the military. Pike stands holding a book in his proper left hand, his proper right arm extended slightly and his proper left knee bent. He is dressed in a double-breasted vest and long coat. He has a full beard and moustache. The sculpture rests atop a tall base adorned with a bronze sculpture of a female figure representing the Goddess of Masonry. She is dressed in long classical robes and holds up a Masonic banner of the Scottish Rite on a staff with her proper right hand." -- SIRIS


The rear of the pedestal  displays the Pike's birth and death dates. 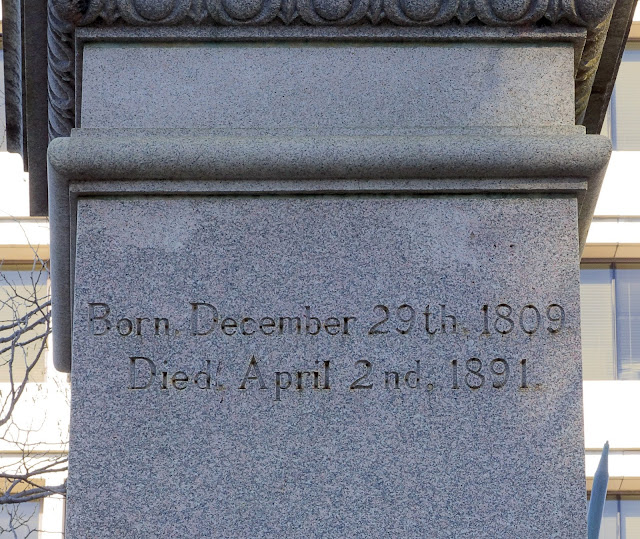 
The front of the pedestal displays the Latin motto that appears on Pike's tombstone(s). 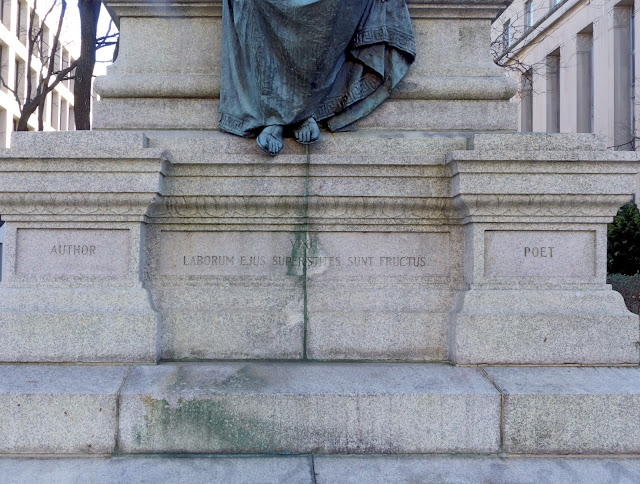 Vixit
Laborum Ejus Superstites Sunt Fructus
(He has lived. The fruits of his labors live after him.)


The Goddess of Masonry holds the Banner of the Scottish Rite. 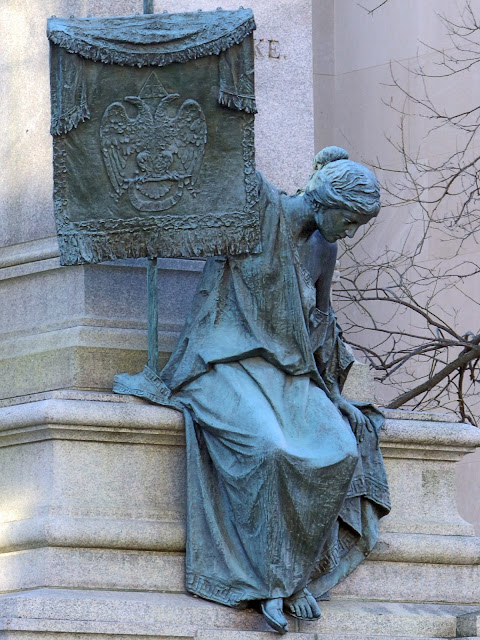 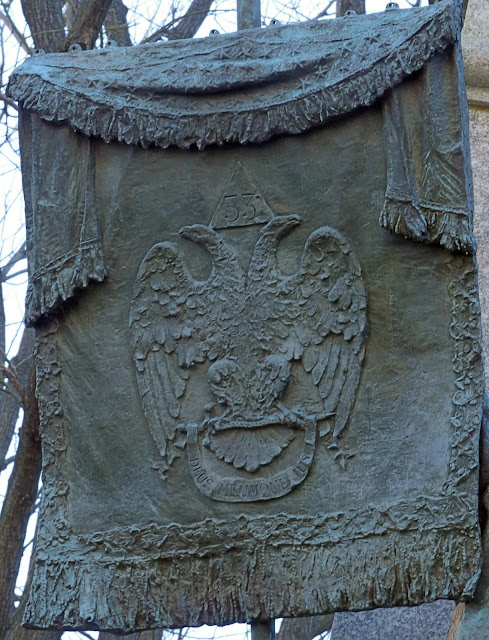 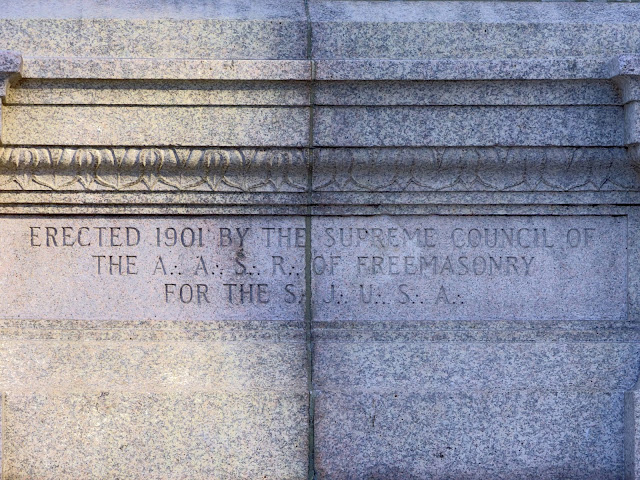 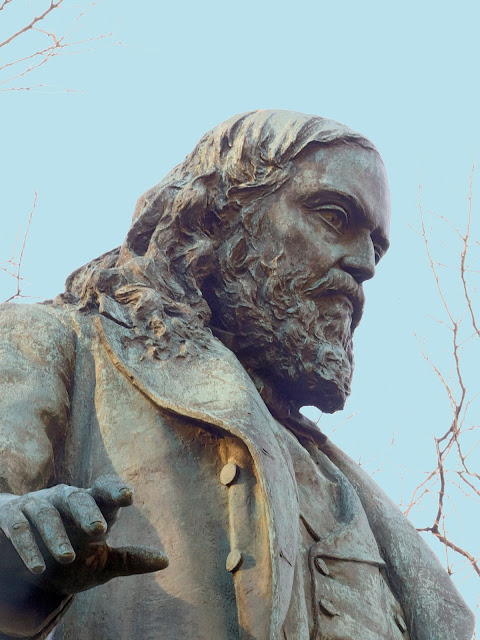