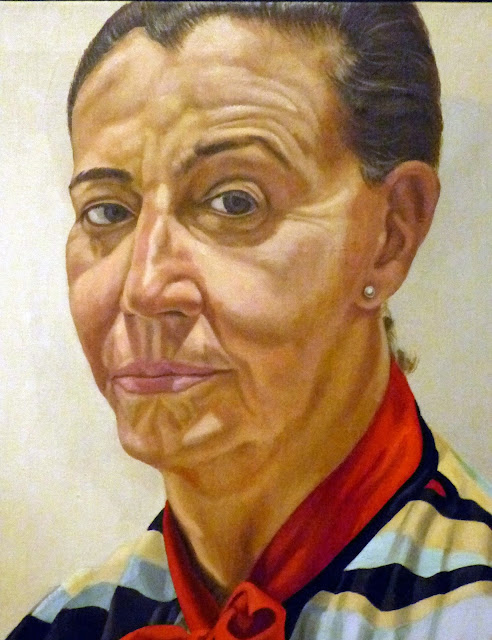 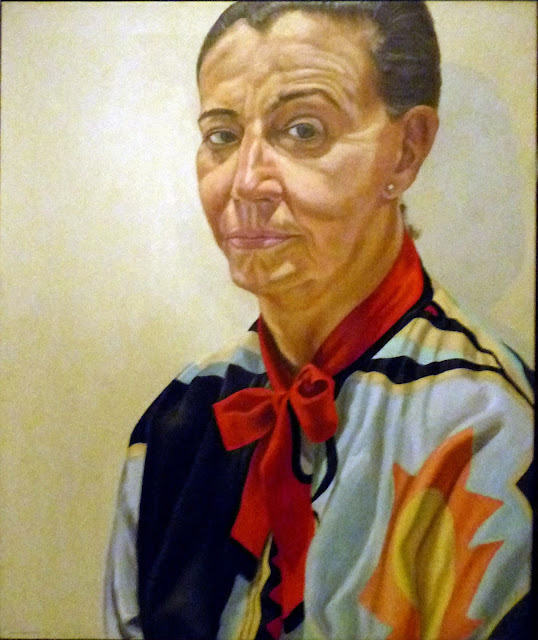 This 1985 portrait of Beth Katz Levine, called "Lady with Red Bow" by Philip Pearlstein hangs in the National Portrait Gallery in Washington, DC.


"Beth Katz Levine (1914-2006) was one of the most influential and dynamic fashion designers of the twentieth century. Beginning as a shoe model, she later created her own designs for Herbert Levine, who worked for shoe manufacturer Andrew Geller. After marrying in 1946, the Levines made shoes under the Herbert Levine label. Beth Levine was also famous for her custom shoes, such as the stiletto boots Nancy Sinatra wore during performances of her 1966 hit, 'These Boots Are Made for Walkin'.' Levine also created one-off whimsical shoes that were impractical to market but attracted the atten­tion of consumers and the industry. She received a Coty Award in 1967 for design innovation and is recognized by the Metropolitan Museum's Costume Institute for her contribution to the creation of a postwar American style of women's fashion.

Artist Philip Pearlstein, whose wife, Dorothy, was Levine's first cousin, has captured the designer in the midst of assessing him -- and us -- with one eyebrow raised." -- National Portrait Gallery 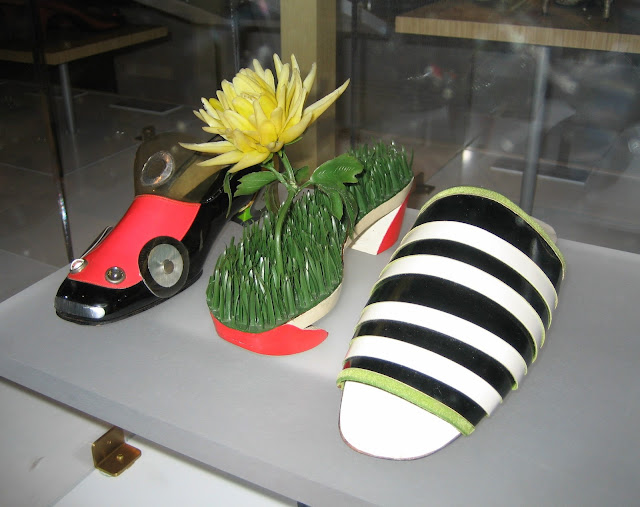