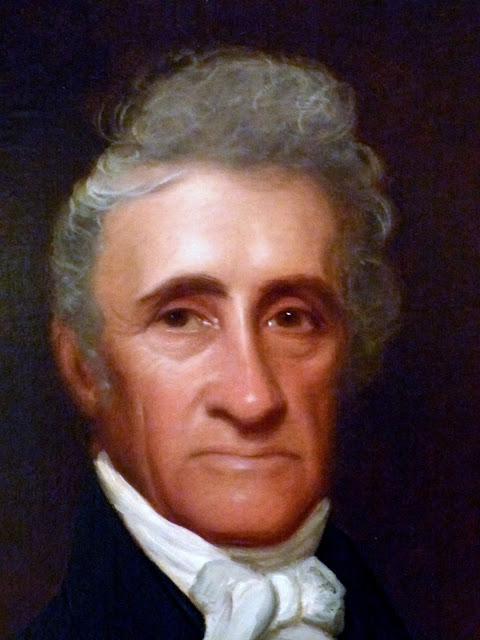 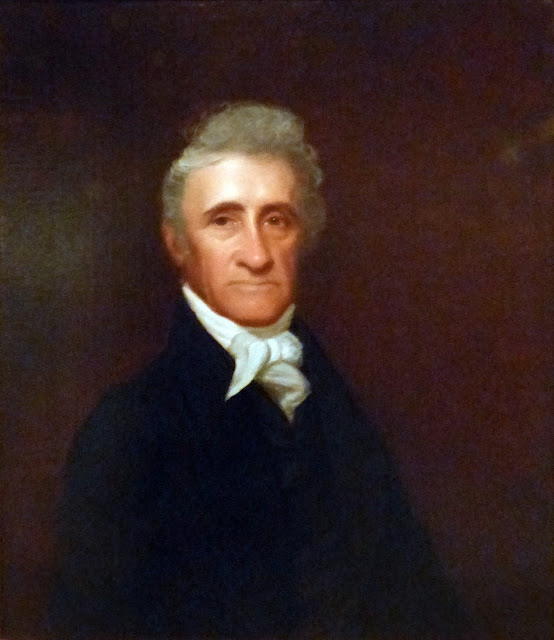 
"A scion to one of New York's richest families, Stephen Van Rensselaer was the eighth and last patroon of a vast estate between Rensselaer and Albany counties in upstate New York. At age twenty-one he inherited 1,200 square miles of land that he filled with tenant farmers, replicating a Dutch feudal pattern of land-ownership that his tenants challenged.

Van Rensselaer spent most of his career in politics, serving as lieutenant governor of New York from 1795 to 1801. During the War of 1812 he was named commander in chief of the New York militia; his military shortcomings were exposed, however, and his troops were mauled at the Battle of Queenston Heights. Humiliated, he resigned his office. Thereafter he served four congressional terms and helped found Rensselaer Polytechnic Institute in Troy, New York.

John Wesley Jarvis, the painter of this work, was one of the most prominent portraitists in New York during the early nineteenth century." -- National Portrait Gallery