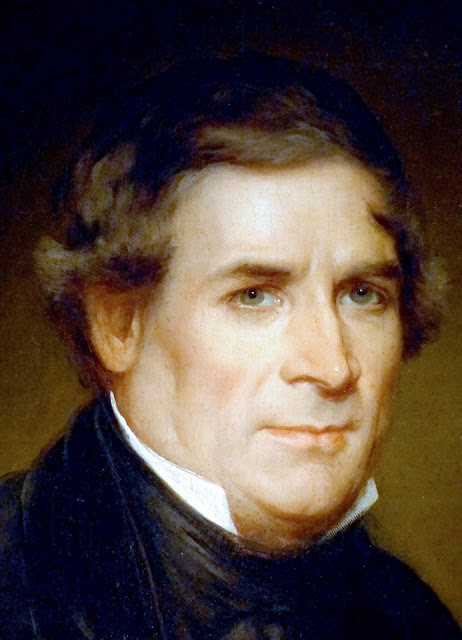 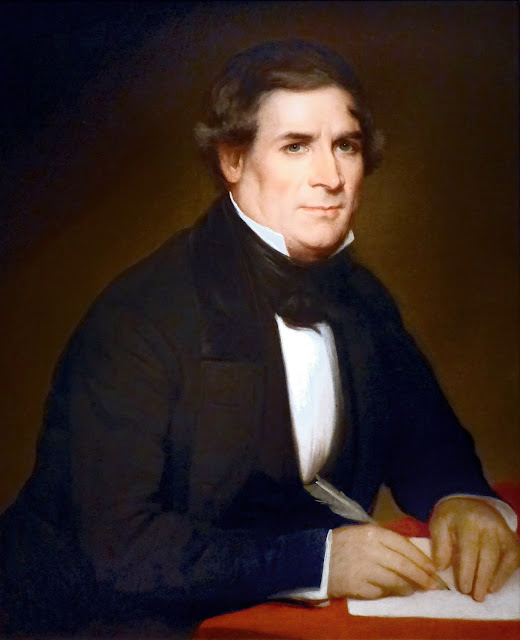 
"From the 1830s until the Civil War, Thurlow Weed was a dominant force in New York and American party politics, described by Henry Adams as 'the model of political management and patient address.' He entered politics through newspaper editing and writing, first becoming a supporter of New York governor DeWitt Clinton. He rose to become de facto leader of the Whig Party, signaled by effectively making William Seward governor of New York in 1838 and William Henry Harrison president in 1840. Weed dispensed favors and was not averse to outright bribery, although he refused to profit from corruption himself. He spearheaded Zachary Taylor's successful candidacy for president in 1848, but Taylor's early death ruined Weed's plans for maintaining the unity of the Whig Party. Weed then moved to the Republican Party, but his influence declined."

Weed's  posthumous  Autobiography contains this photo of him in old age. 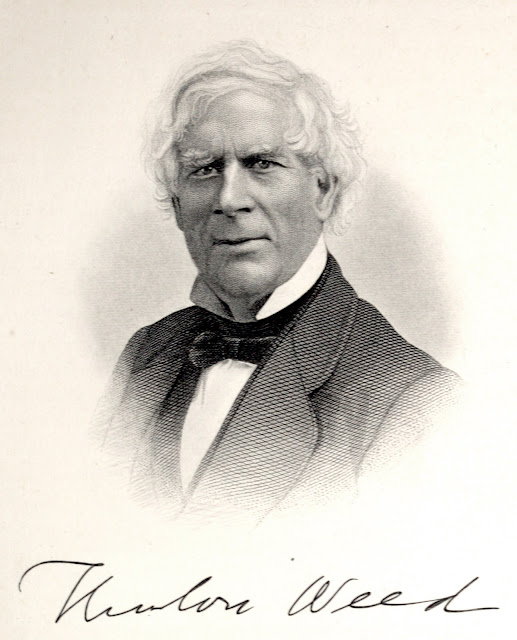 and this standing portrait by J. A. J. Wolcox. 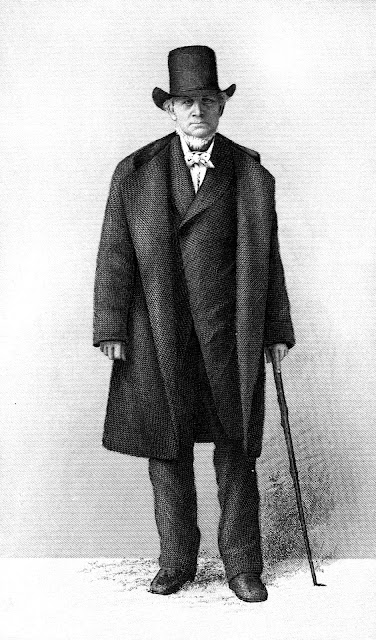 And in the second volume, this engraving of Thurlow Weed at age 46 by F. T. Stuart following the 1848 Chester Harding Portrait. 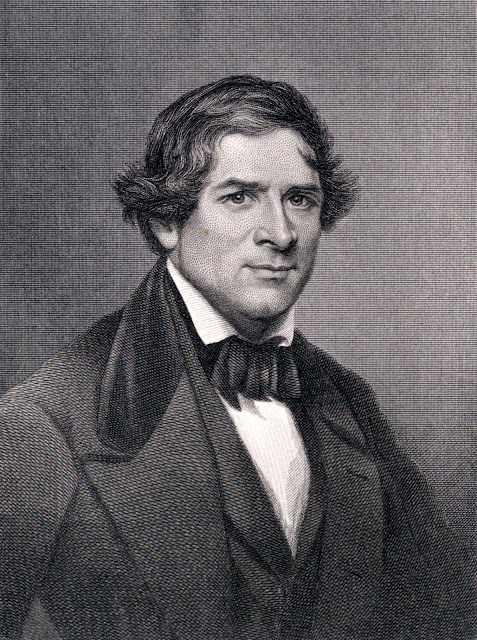 Aetat XLVI
From the portrait in the possession of Miss Harriet A. Weed
Painted by Chester Harding in 1843
Posted by Allen Browne at 7:30 AM