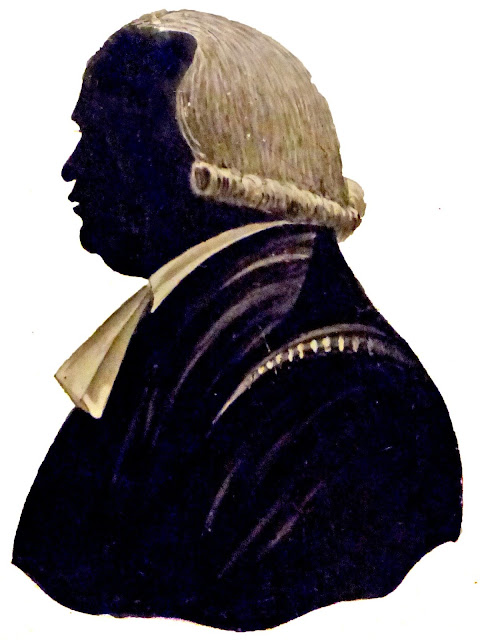 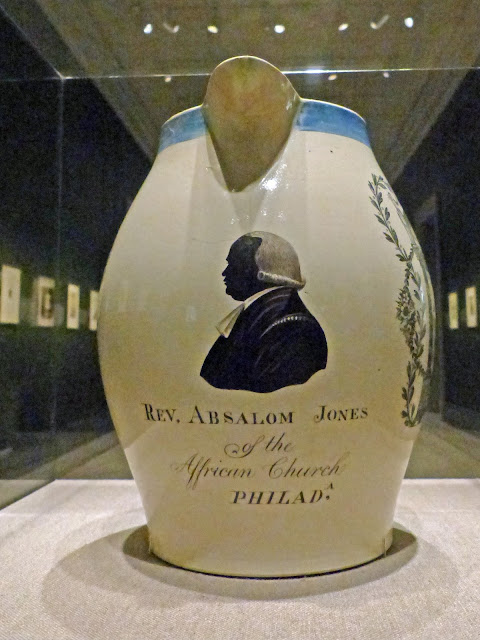 Rev. Absalom Jones
of the
African Church
Philadª,
This 1808 Liverpool Jug bearing a portrait of Absalom Jones by an unknown artist appeared in an exhibit entitled Black Out; Silhouettes Then and Now at The  National Portrait Gallery in Washington, DC.

Absalom Jones 1746-1818
Adorned with a silhouette of the Reverend Absalom Jones and Masonic emblems, this jug likely commemorates the tenth anniversary of the first African American Masonic order, which Jones co-founded in 1798.
Born in Delaware, Jones was enslaved until his owner freed him in 1784, He subsequently worked to form the Free African Society, an organization that assisted newly freed slaves. Jones became the first African American Episcopal priest, and while unsuccessful, he petitioned Congress regarding "the oppression and violence which so great a number of like colour and National Descent are subjected." -- NPG 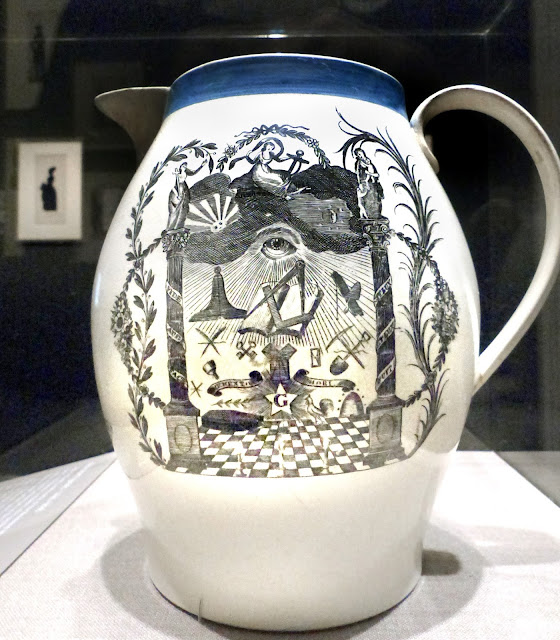 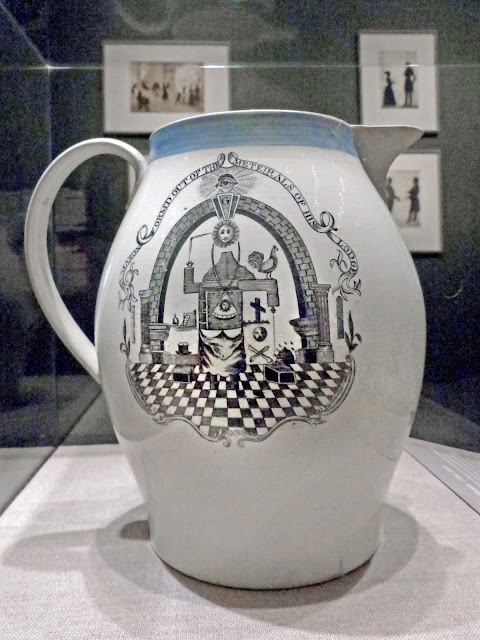 Mason formed out of the materials of his lodge.
This 1810 portrait of Absalom Jones by Raphaelle Peale belongs to the Delaware Art Museum. 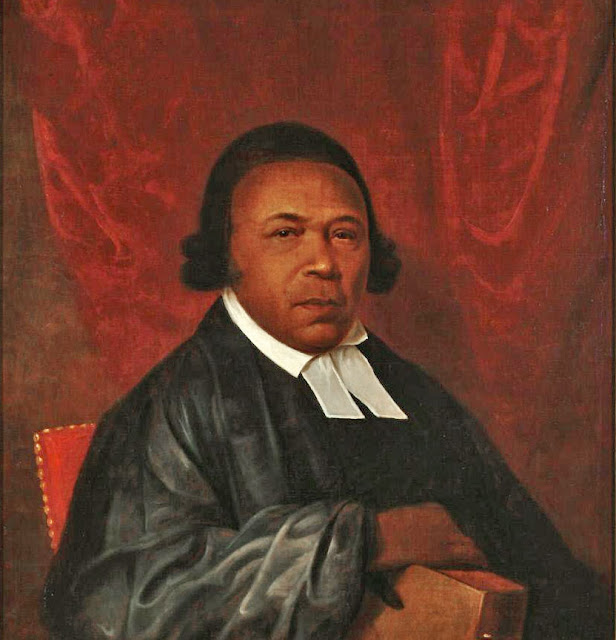 The Reverend Absalom Jones was the prominent minister of St. Thomas African Episcopal Church in Philadelphia. Born enslaved in Sussex, Delaware, Jones eventually bought his wife's freedom and was granted manumission. Jones became the first African American minister of the Episcopal denomination. The painting, by noted Philadelphia painter Raphaelle Peale, was reproduced hundreds of times, as Jones became renowned for his work as a religious leader, abolitionist, and advocate for education. -- Delaware Art Museum