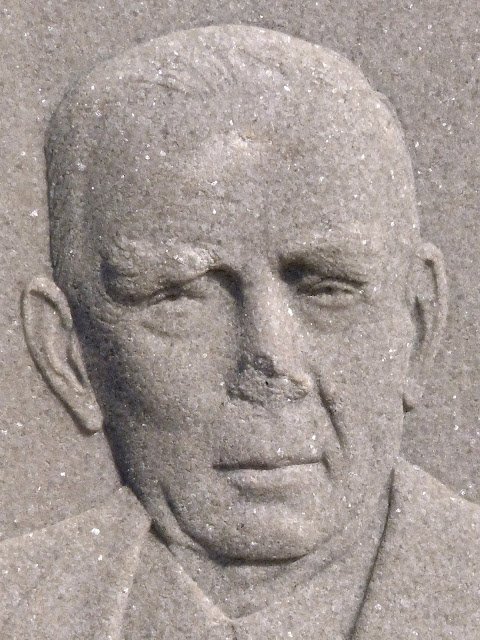 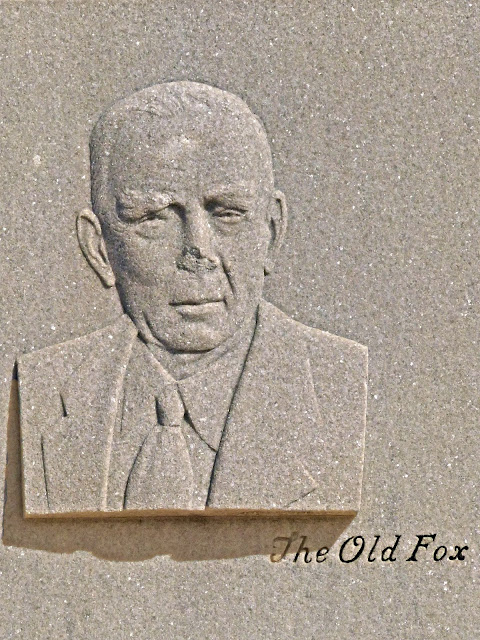 This damaged low relief portrait of Clark Calvin Griffith is part of a monument to him at RFK Stadium in Washington, DC. 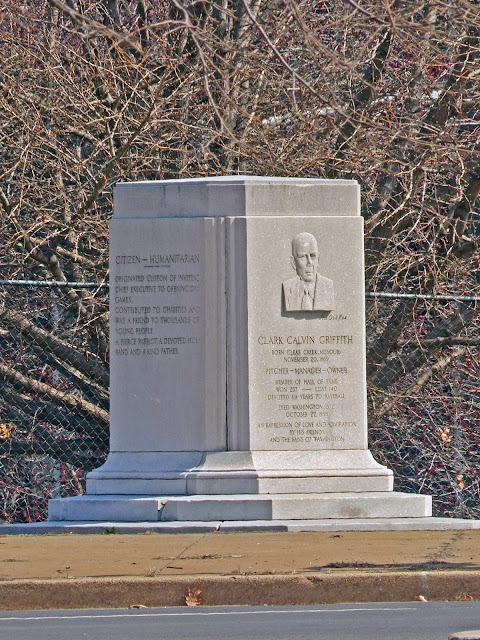 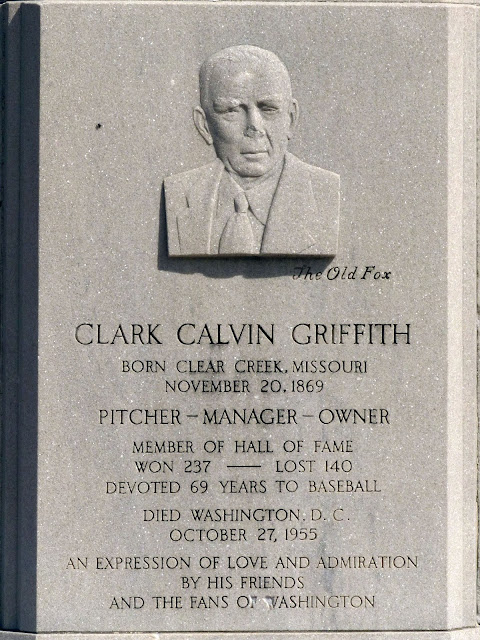 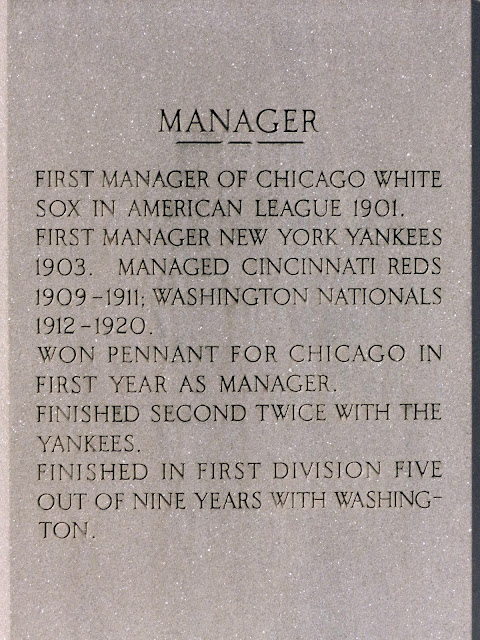 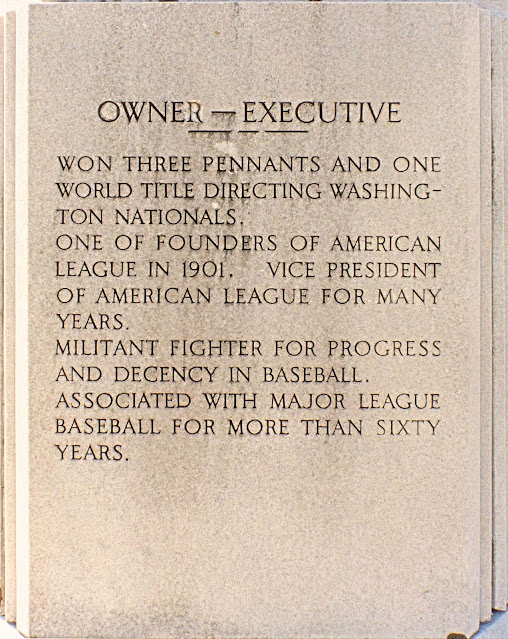 Won Three Pennants and one World Title directing Washington Nationals.
One of Founders of American League in 1901. Vice President of American League for many Years.
Militant fighter for progress and decency in Baseball
Associated with Major League Baseball for more than sixty years. 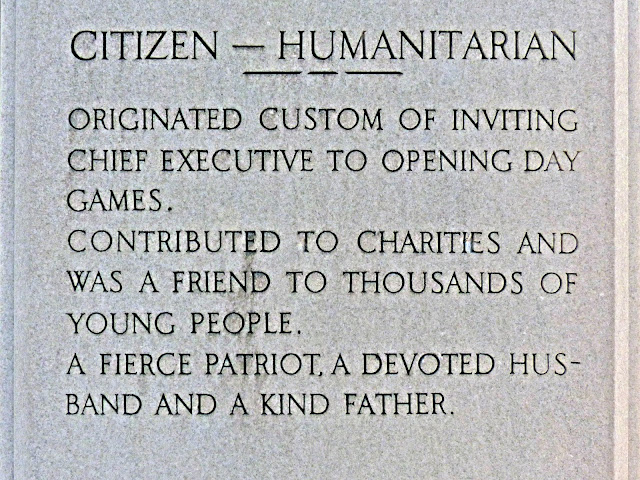 Originated custom of inviting Chief Executive to opening day games.
Contributed to charities and was friend to thousands of young people.
A fierce patriot, a devoted husband, and a kind father. 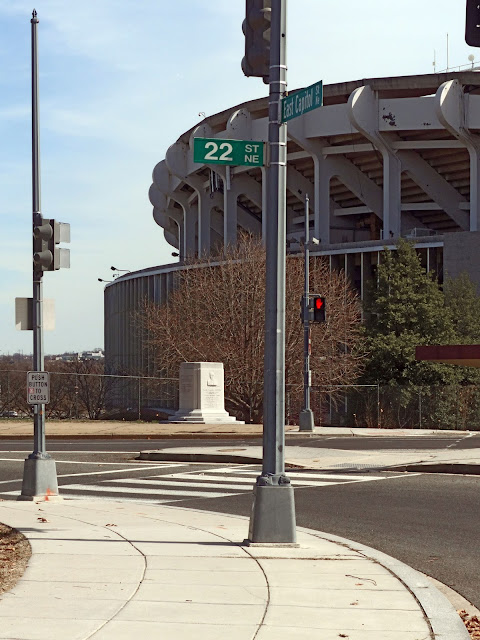 This image of Clark Griffith, Manager of the Senators, appeared on the Sporting Page of The Washington Times July 23, 1918. 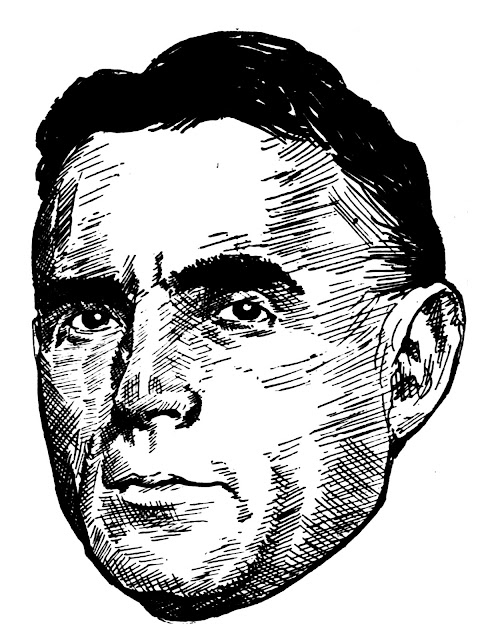 This 1911 American Tobacco Company baseball card, belonging to the Library of Congress, shows him as Manager of the Cincinnati Reds and explains his nickname. 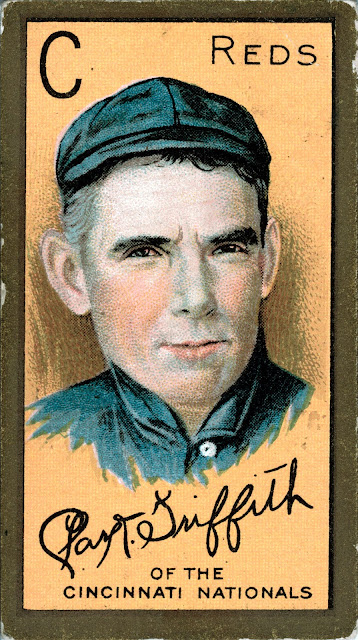 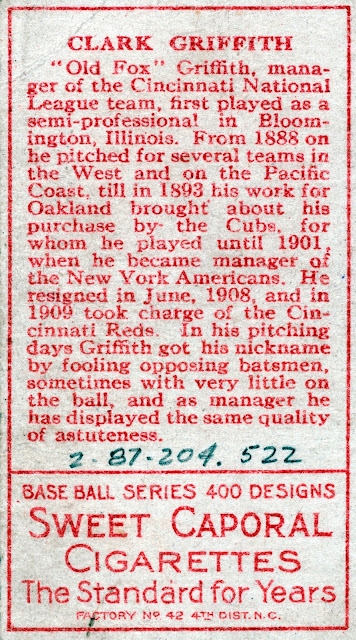 “Old Fox” Griffith, manager of the Cincinnati National League team, first played as a semi-professional in Bloomington, Illinois. From 1888 on he pitched for several teams in the West and on the Pacific Coast, till in 1893 his work for Oakland brought about his purchase by the Cubs), for whom be played until 1901, when he became manager of the New York Americans. He resigned in June, 1908, and in 1909 took charge of the Cincinnati Reds. In his pitching days Griffith got his nickname by fooling opposing batsmen, sometimes with very little on the ball and as manager he has displayed the same quality of astuteness.

And here he is in the uniform of the Washington Senators. 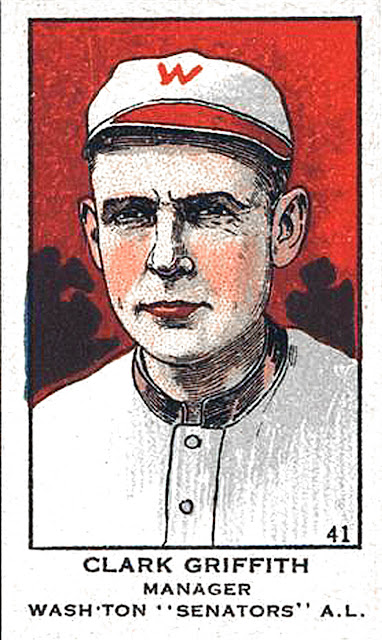 Clark Griffith's Hall of Fame plaque looks like this: 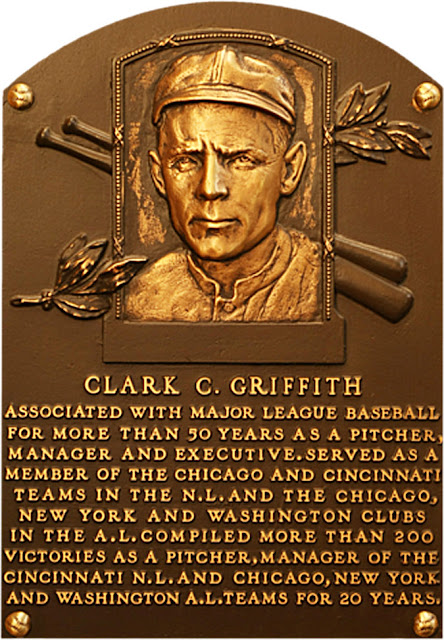 Associated With Major League Baseball
For More Than 30 Years as a Pitcher
Manager and Executive. Served As a
Member of the Chicago and Cincinnati
Teams The N.L. And The Chicago,
New York and Washington Clubs
In The A.L. Compiled More Than 200
Victories as A Pitcher, Manager Of The
Cincinnati N.L. And Chicago, New York
And Washington A.L, Teams For 20 Years. 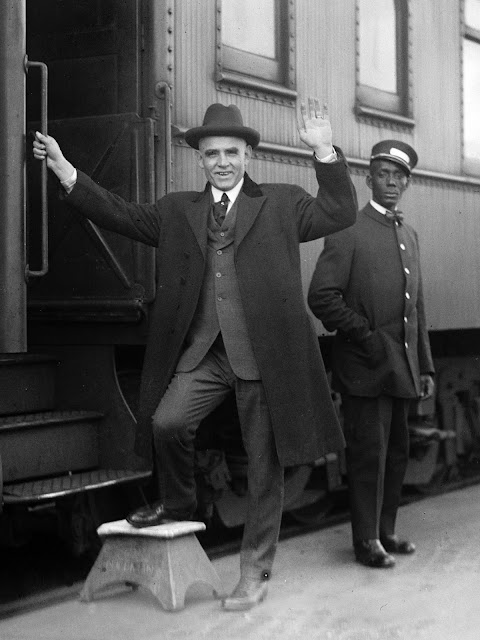