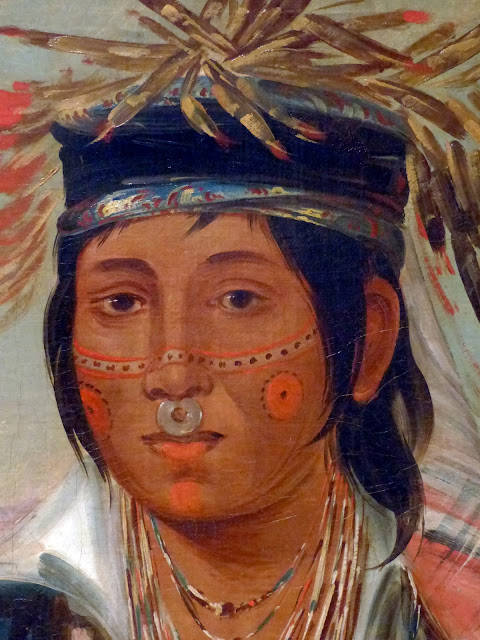 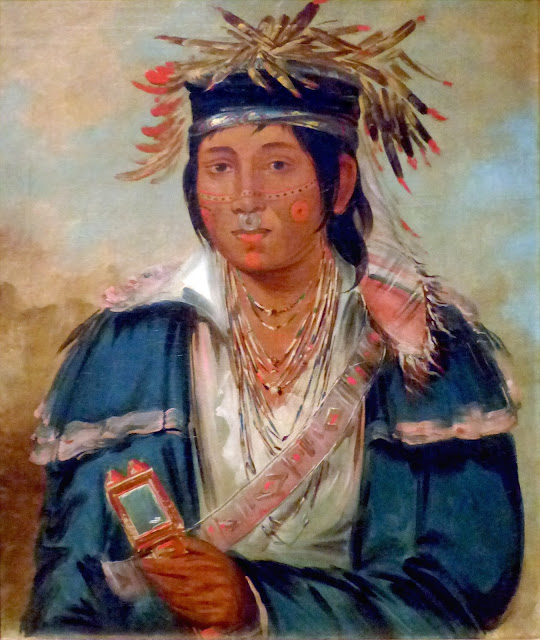 This 1830 portrait entitled Kee-mo-rá-nia, No English, A Dandy by George Catlin hangs in the Smithsonian American Art Museum in Washington, DC.

George Catlin probably painted this portrait of No English, a member of the Peoria tribe, at Fort Leavenworth (in today’s Kansas) in 1830, the same year he took portraits of the Delaware, Kaskaskia, Kickapoo, and other tribes. Catlin’s efforts from 1830 are generally considered his first attempts at Indian portraits in the West. He described No English as “a beau; his face curiously painted, and looking-glass in his hand.” -- SAAM 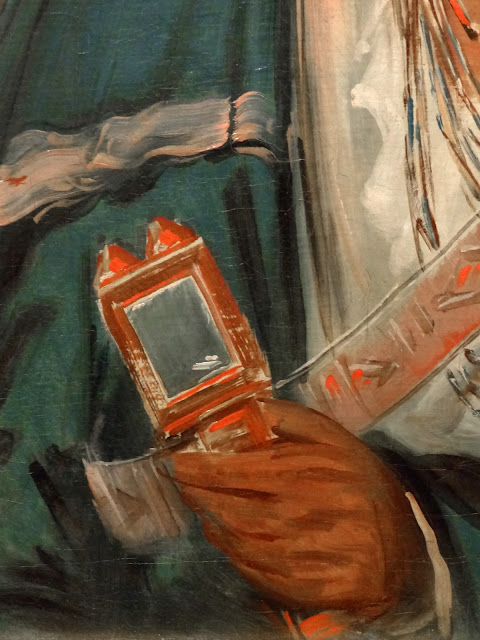 The version below appeared on page 26 of Catlin's A Descriptive Catalogue of Catlin's Indian Gallery, published in 1840. 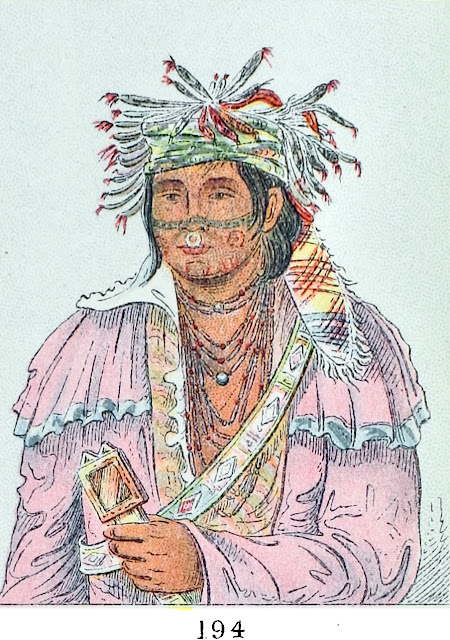 his face curiously painted, and looking-glass in his hand.”

In North American Indians published in 1926 Catlin says this of the Peorias:

The name of another tribe inhabiting a part of the state of Illinois; and, like the above tribes, but a remnant and civilised (or cicatrised, to speak more correctly). This tribe number about 200, and are, like most of the other remnants of tribes on the frontiers, under contract to move to the west of the Missouri. Of this tribe painted the portrait of Pan-me-cow-e-tah (the man who tracks, Fig. 193); and Kee-mo-ra-ni-a (No English, Fig. 194). These are said to be the most influential men in the tribe, and both were very curiously and well dressed, in articles of civilised manufacture. 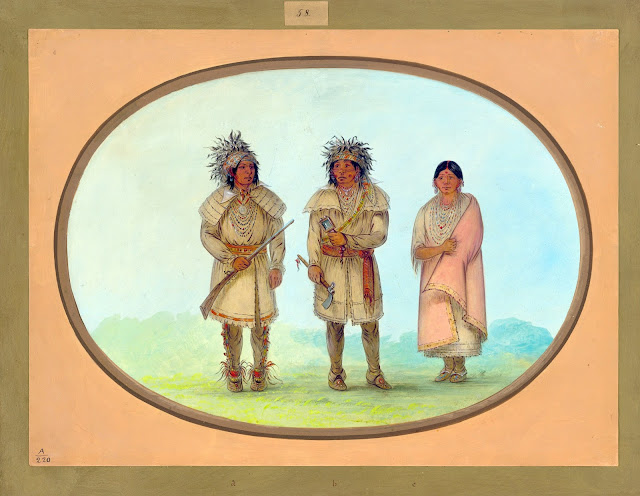 That's Kee-mo-rá-nia in the middle.

“Kee-mo-rá-nia (-----); a young man, curiously dressed and painted, and holding his looking-glass in his hand.” 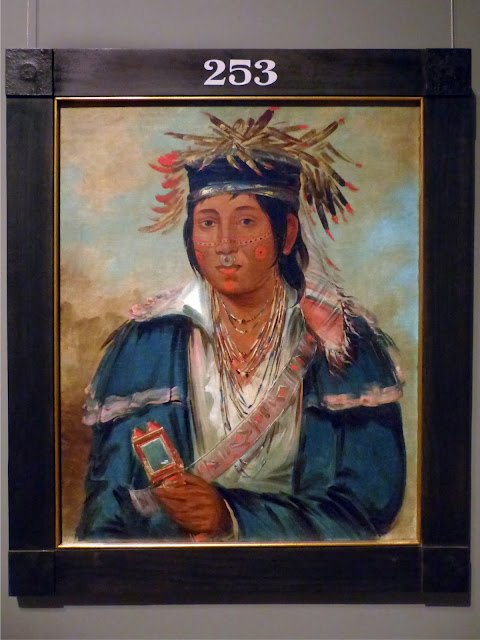 Kee-mo-rá-nia hangs next to Há-tchoo-túc-knee in the Smithsonian American Art Museum. 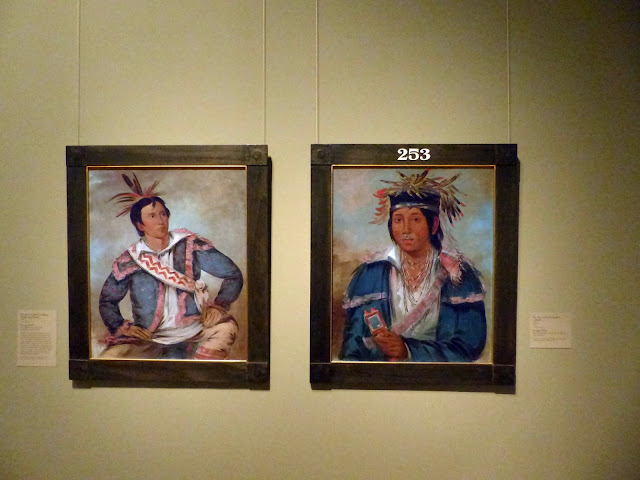 Coffee Mug
Posted by Allen Browne at 12:00 AM