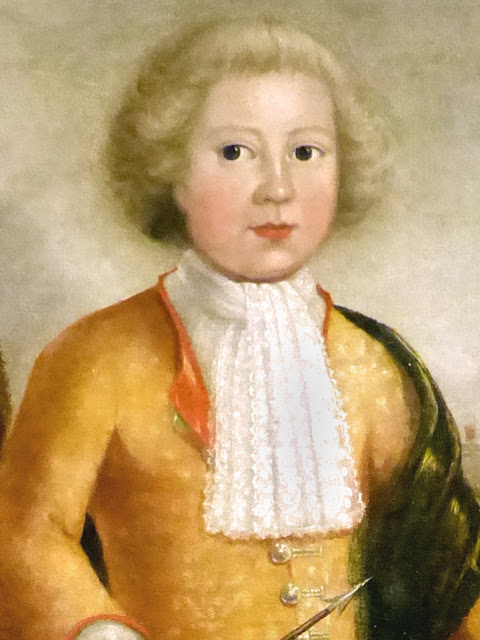 And his enslaved attendant. 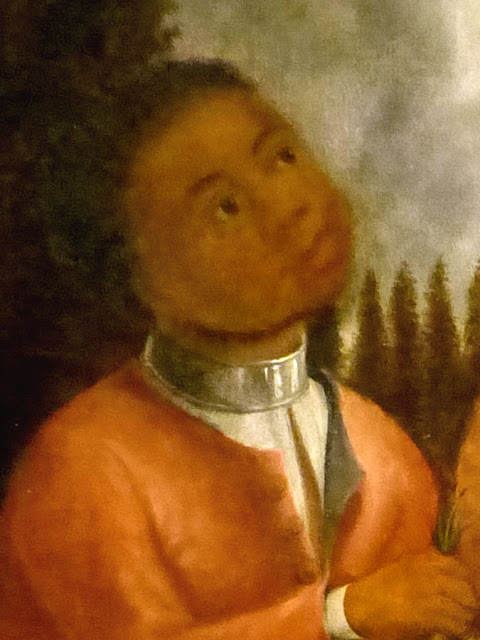 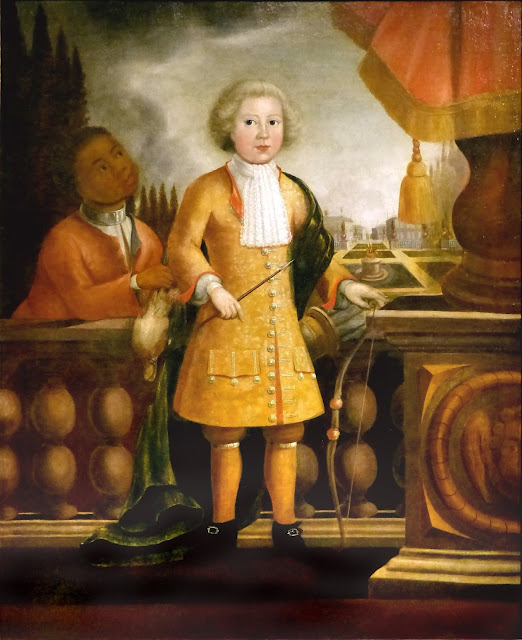 This 1710 portrait of 8-year-old Henry Darnall, III by Justus Engelhardt Kühn hangs in the Museum of the Maryland Historical Society.

As a third-generation Catholic in Maryland, Henry Darnall's political opportunities were restricted unless he professed belief in the Anglican Church. As a young man, Darnall accepted the Church of England, paving the way for his rise to Maryland attorney general. In 1761 he was forced to flee the colony after taking money from public funds and died a pauper in Europe.
Justus Engelhardt Kuhn, a German Protestant and the first recorded professional portrait painter in Maryland, depicted Darnall with his slave. This may be the earliest known portrait of an American slave that survives. -- MD Historical Society 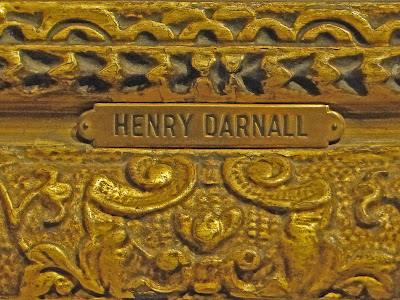 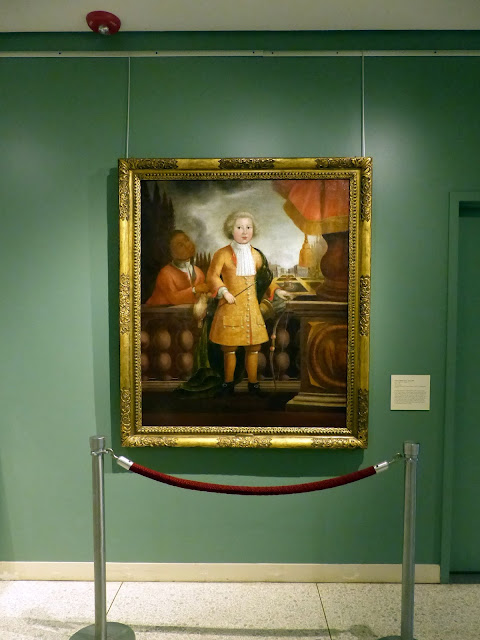 The Maryland Center for History and Culture has this description of the painting.

Full-length portrait shows Henry Darnall III as a boy in yellow-orange tunic and green cape holding a bow and arrow. To the left is an enslaved valet boy wearing a silver collar, holding a dead bird. Throughout colonial British America, it was not unusual for some slave owners to have their enslaved domestics wear silver collars engraved with their names and addresses like the wide collar worn by valet seen here. The dead bird that he holds in his right hand—presumably killed with Darnall's bow and arrow—is another marker of his servile status. His placement behind the balustrade is meant to reflect his supposed inferior position to his young enslaver. -- MD History

The majority of American artwork depicting African Americans perpetuates Eurocentric stereotypes of the men as being “servile…comic…or threatening.” … This bias is exemplified in Justus Engelhardt Kühn’s 1710 work, Henry Darnall III as a Child,  the earliest American artwork to include an African American figure. The white aristocratic child commands the center of the work, grandly dressed and positioned in front of the vast estate complex—a marker of his future inherited wealth. His obvious upper-class status is buttressed by the docile figure kneeling behind him. The slave is depicted in a silver collar, an overt reminder of his forced bondage. His subservience is conveyed through his lesser positioning in the artwork as well as his meek facial expression, upturned to his white, wealthy child-master. Specifically in regards to works of the antebellum era, commissioned art incorporating African American figures serves primarily to depict them as “objects whose function was not only to serve their owners, but to enhance their self-image.” This role of the enslaved image in early American art reinforces the treatment of African Americans not as equal human beings but as forms of wealth and property during the antebellum period. 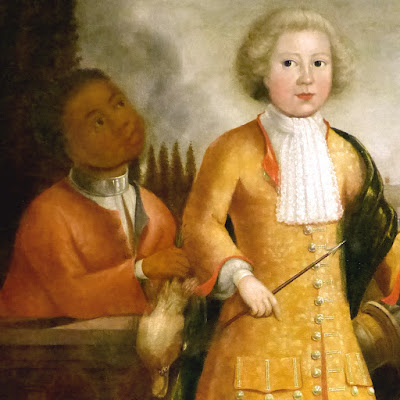