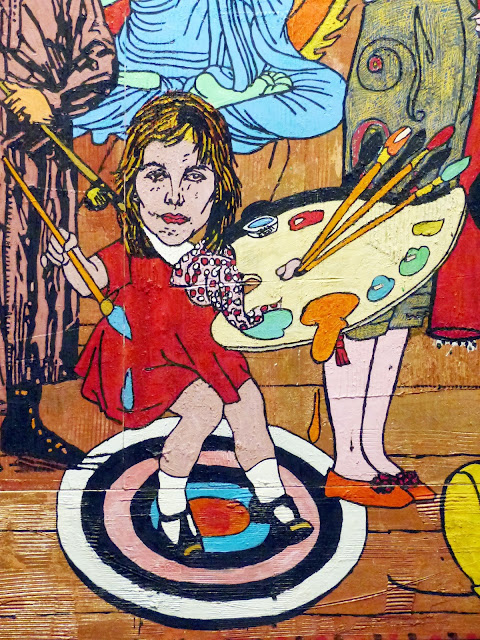 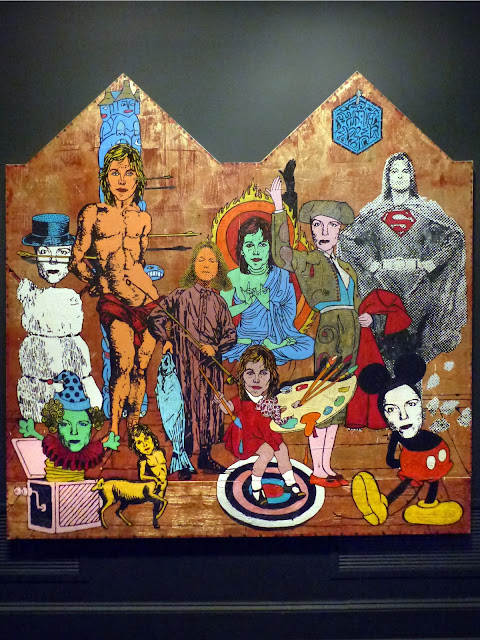 This 1995 self-portrait-rich Diptych entitled Wonderful You by Jane Hammond hangs in the National Museum of Women and the Arts in Washington DC.

The format of this large painting was inspired by religious paintings, such as altarpieces, from the Italian Renaissance. While there are some religious figures depicted, such as St. Sebastian pierced by arrows at the left and the Hindu-inspired deity in the center, there are also characters taken from popular culture, such as Mickey Mouse and Superman. Hammond rendered each figure with her own face. For the artist, this painting is an exploration of the multiplicities within our sense of self: "What I was driving towards here is seeing yourself as both one and many, and as crossing over into other cultures, ages, and genders."  -- NMWA 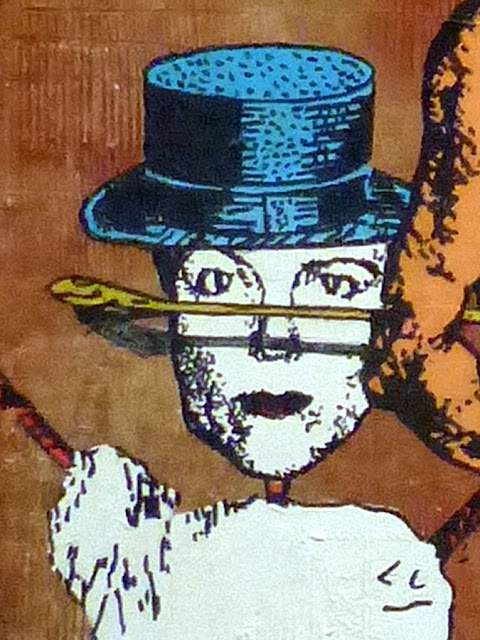 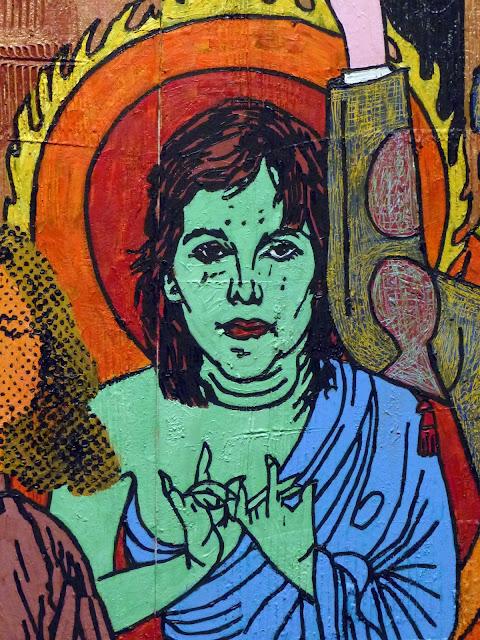 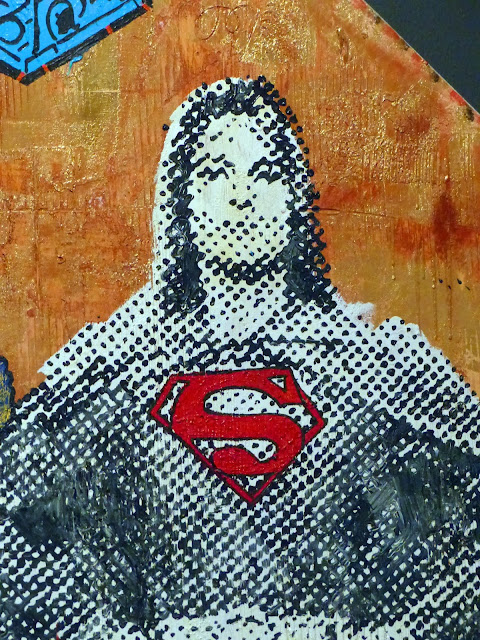 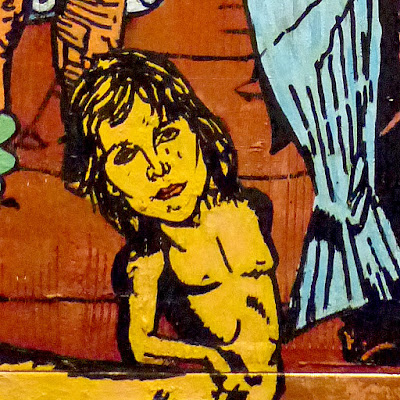 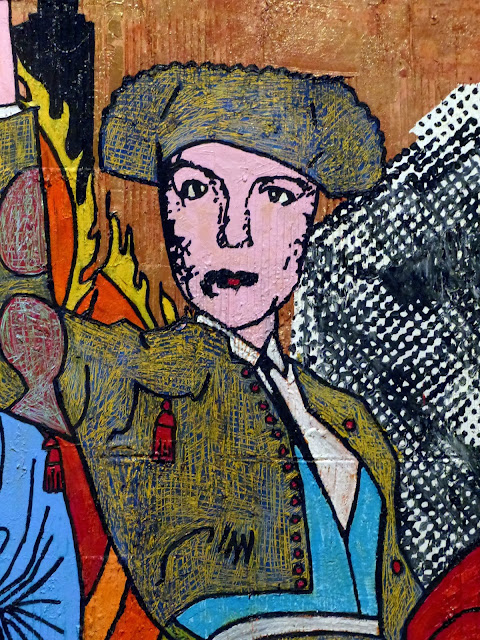 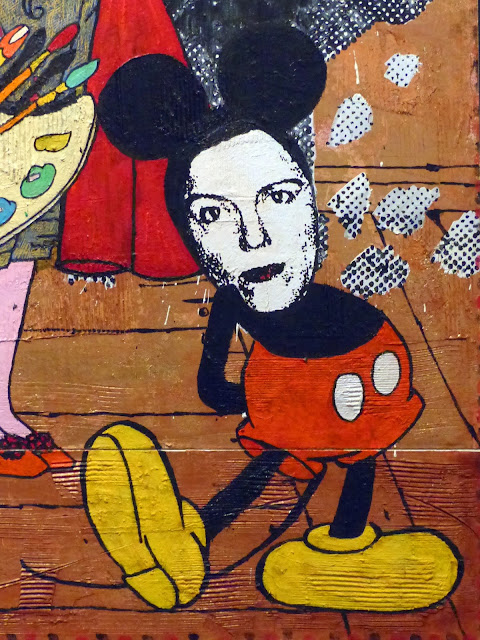 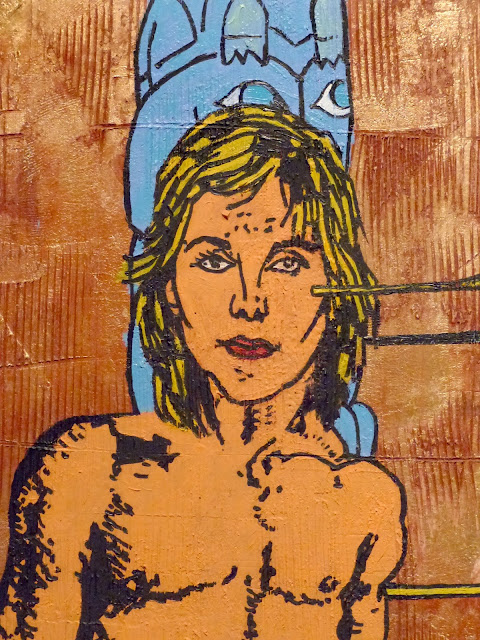 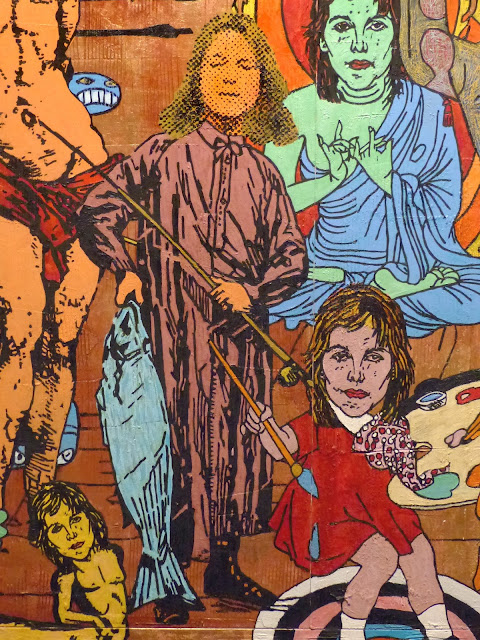 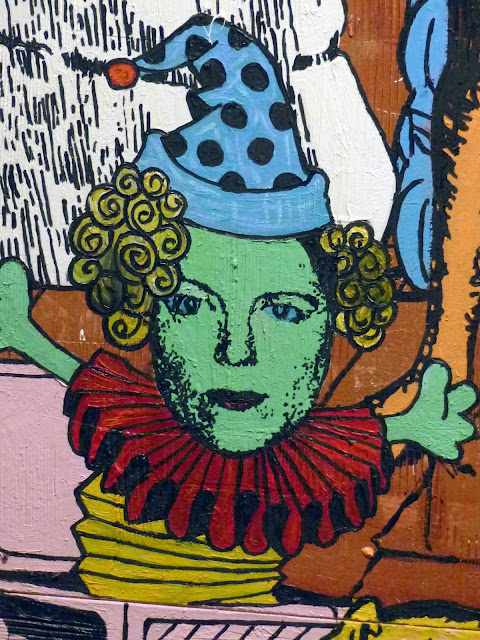 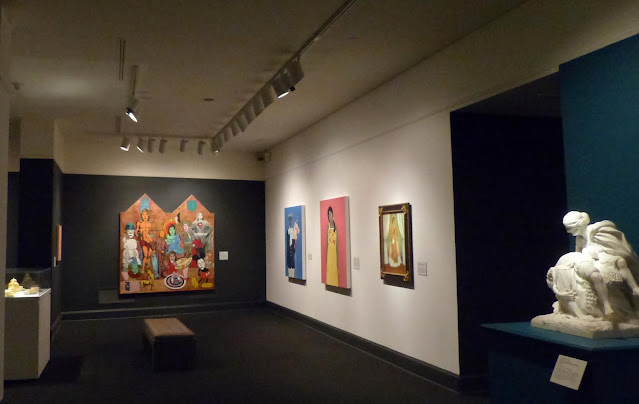