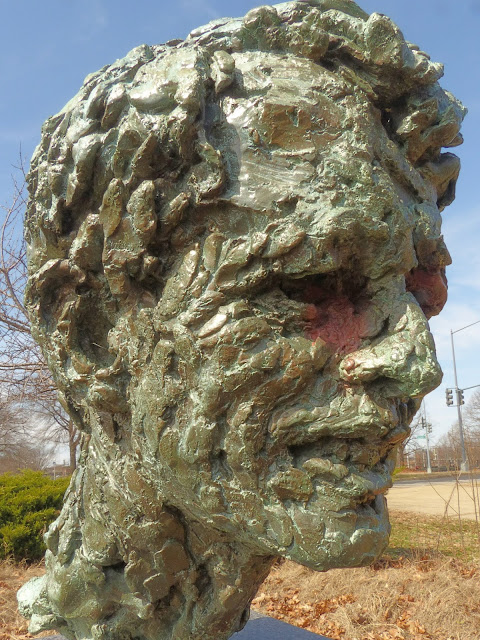 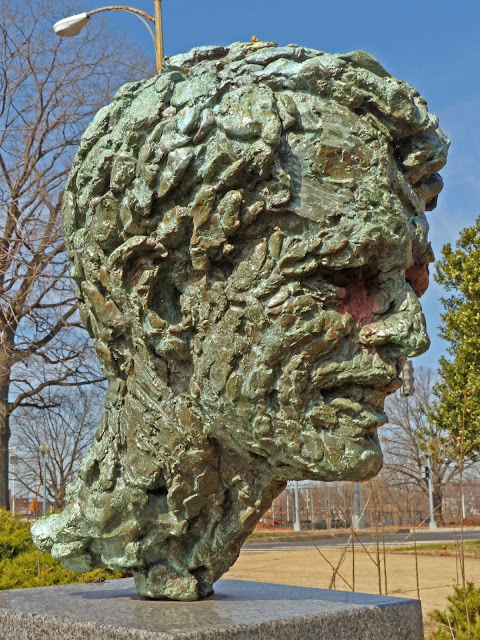 This bust of Robert F. Kennedy by Robert Berks stands in front of RFK Stadium in Washington, DC. 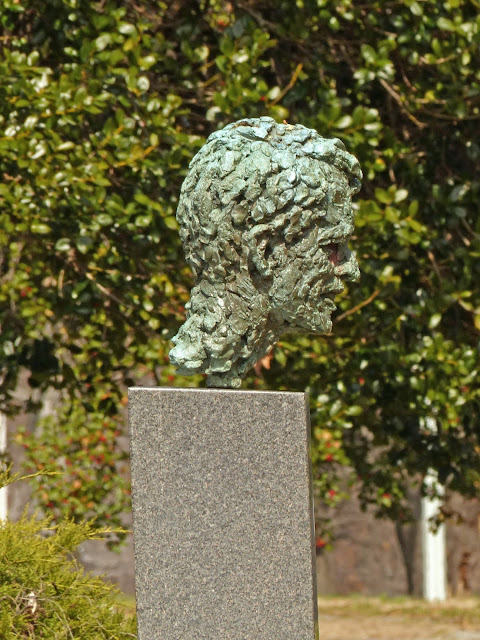 Wikipedia explains how the stadium came to be named RFK.

The stadium opened in October 1961 named the District of Columbia Stadium, but the media quickly shortened that to D.C. Stadium and sometimes, in the early days, as "Washington Stadium". On January 18, 1969, in the last days of the Johnson Administration, Secretary of the Interior Stewart Udall announced that the stadium would be renamed Robert F. Kennedy Memorial Stadium, in Kennedy's honor. The official renaming ceremony was held on June 7, but by then many had already been referring to it as "RFK Stadium" or simply "RFK". Coincidentally, following the death of John F. Kennedy in 1963, the Armory Board had directed that the stadium be renamed for him, but the plan faltered when a few weeks later the Philadelphia city council passed a bill renaming Philadelphia Stadium as "John F. Kennedy Stadium". – Wikipedia

See Rick Massimo at WTOP for the gory details. 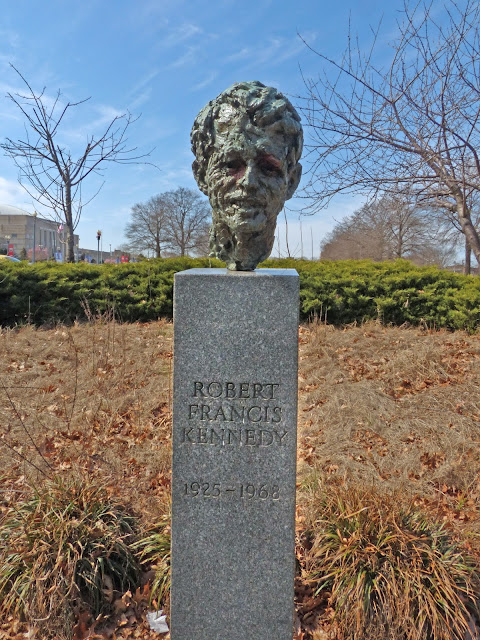 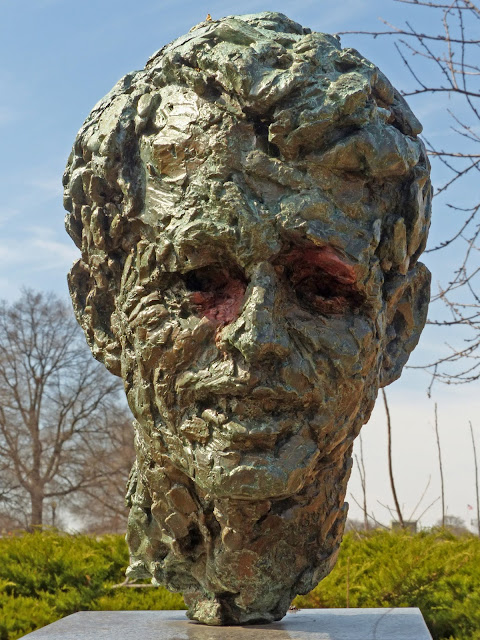 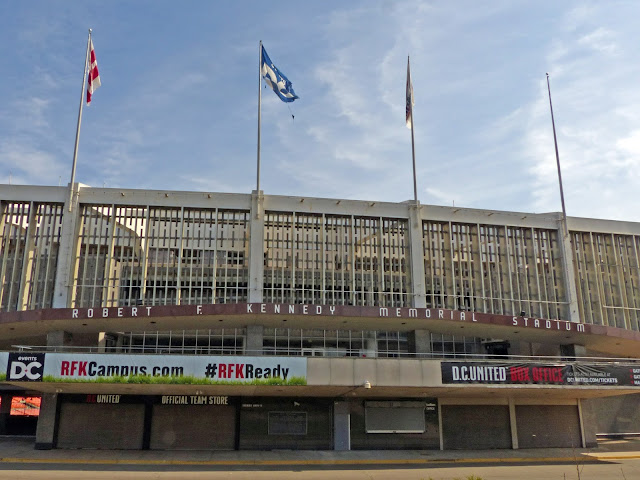 Robert F. Kennedy Memorial Stadium
The stadium was to be demolished by 2021, but that plan has been delayed by cost-cutting in response to the Covid-19 pandemic. 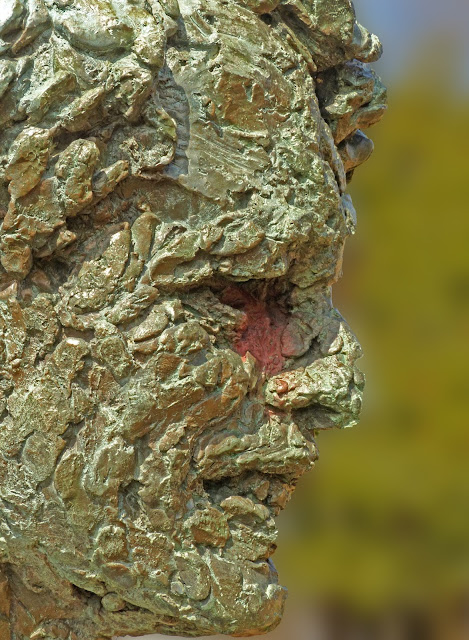