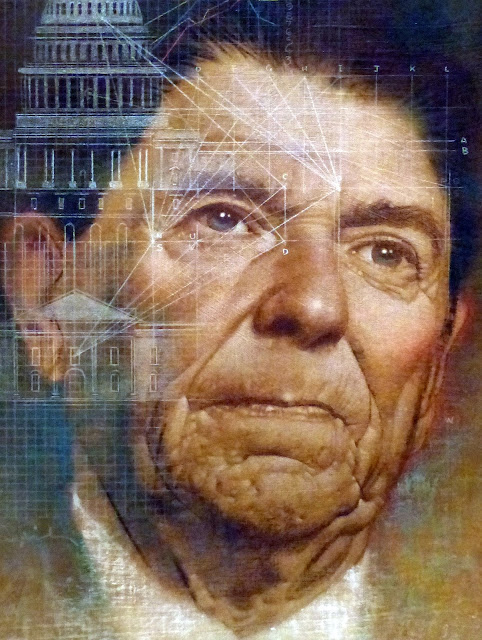 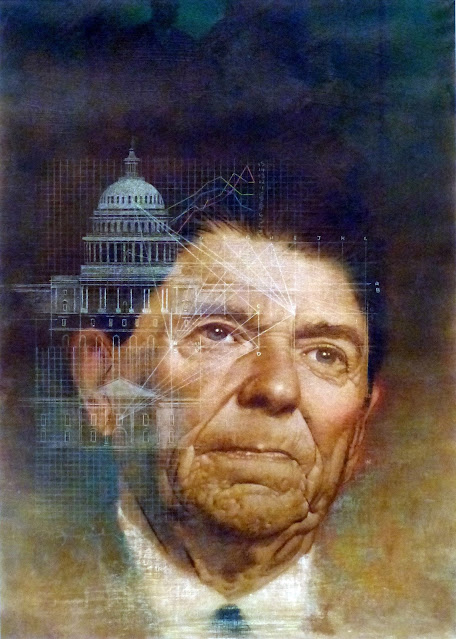 This 1982 portrait of Ronald Reagan by Mark English hangs in the National Portrait Gallery in Washington, DC.

Midway through the first term of Ronald Reagan's presidency, Time magazine ran this cover and an accompanying story, titled "How Reagan Decides." At the time, Reagan and his chief advisers were preparing a budget with a proposed deficit of about $155 billion, more "than twice as large as any recorded by a previous administration" and contrary to Reagan's major tenets of restrained government spending and balanced budgets. In spite of the record-high tallies, in Reagan's mind he was not violating his long-held principles, but rather working toward them in the long run. He believed that his tax cuts, "slashes in social spending," and a revived economy would soon shrink the deficits. Reagan's reelection in 1984 was yet another testament to his optimism and to his uncanny ability to communicate with the American people. -- NPG 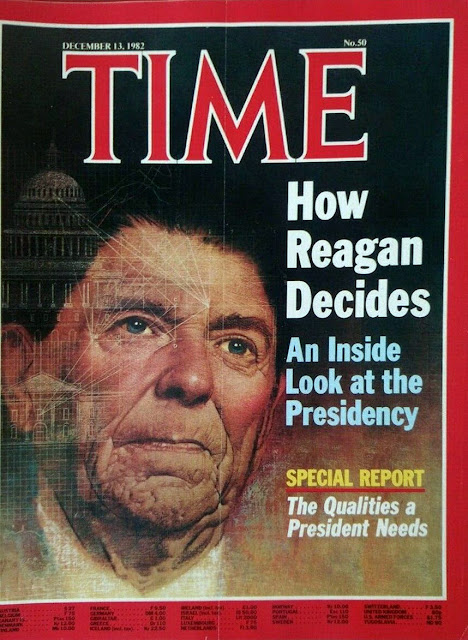