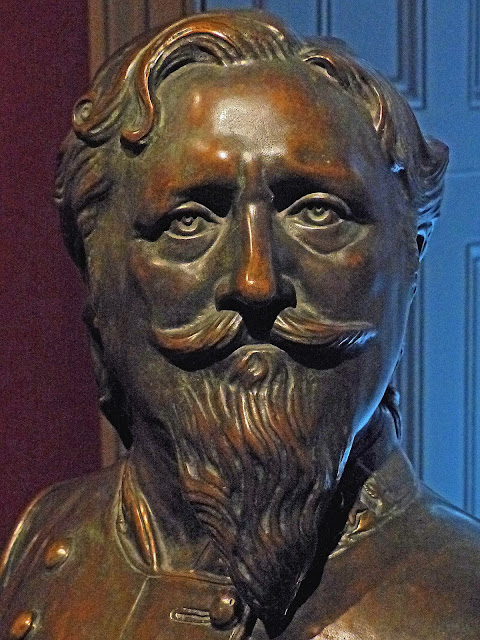 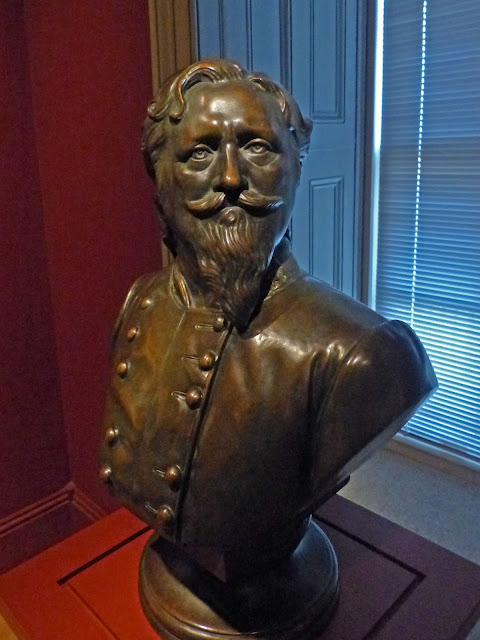 The 1978 Bronze bust of George Pickett cast from an 1875 plaster model by Edward Virginius Valentine stands in the National Portrait Gallery in Washington, DC.

A West Point graduate and Veteran of the Mexican War, George Pickett led the courageous but disastrous charge that bears his name at Gettysburg, Pennsylvania, on July 3, 1863. Confederate General James Longstreet remembered how Pickett looked as he led his gallant charge, “his jaunty cap raked well over his right ear, and his long auburn locks nicely dressed, hanging almost to his shoulders. He seemed rather a holiday soldier than a general at the head of a column which was about to make one of the grandest and most desperate assaults recorded in the annals of war.” -- NPG 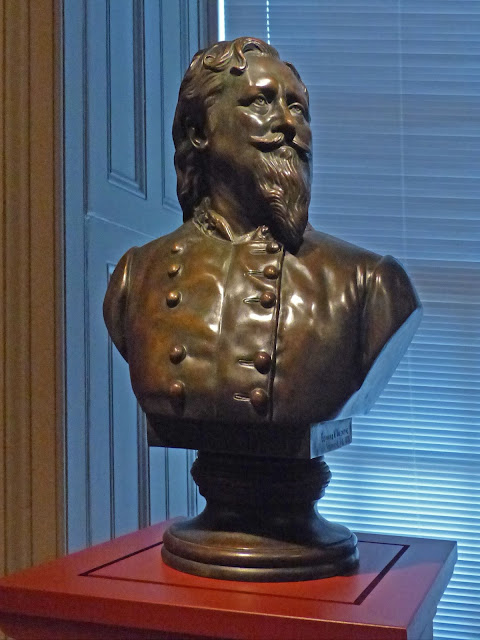 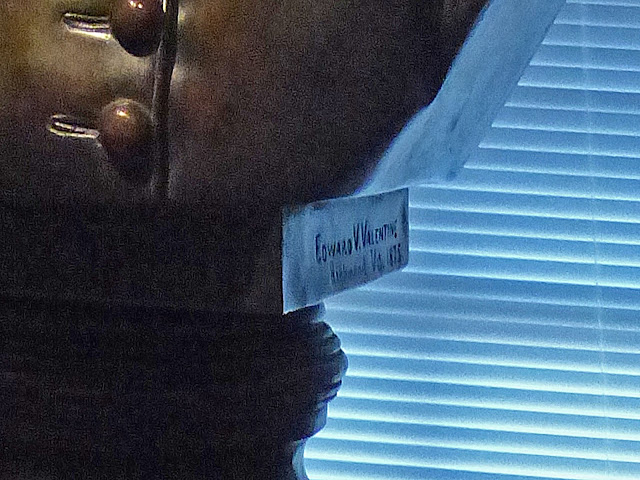 Edward V. Valentine
Richmond Va, 1875
The original 1875 plaster model from which this was made belongs to the Valentine Museum in Richmond. Here's an NPG photo of it. 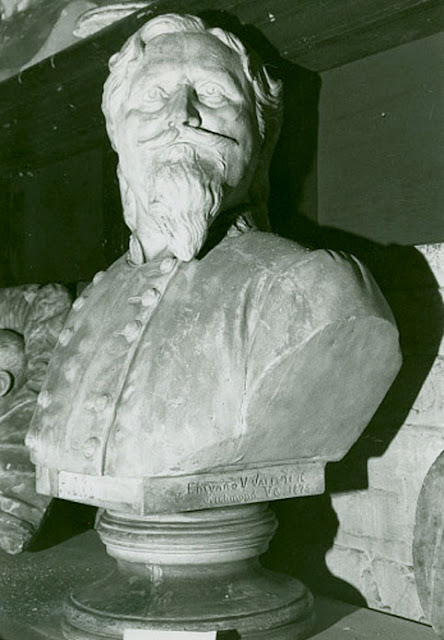 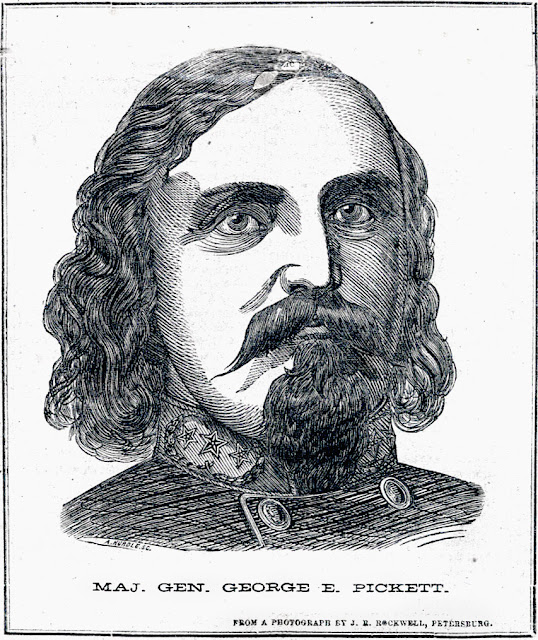 For a short biography of George Pickett see Appleton's Encylopædia or Harper's Cyclopedia
Posted by Allen Browne at 12:00 AM