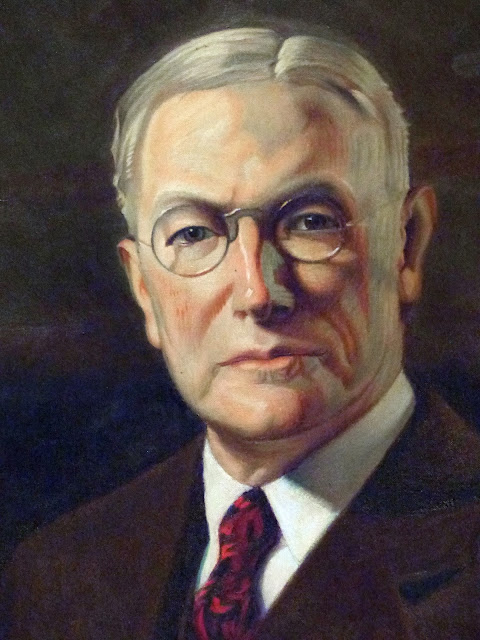 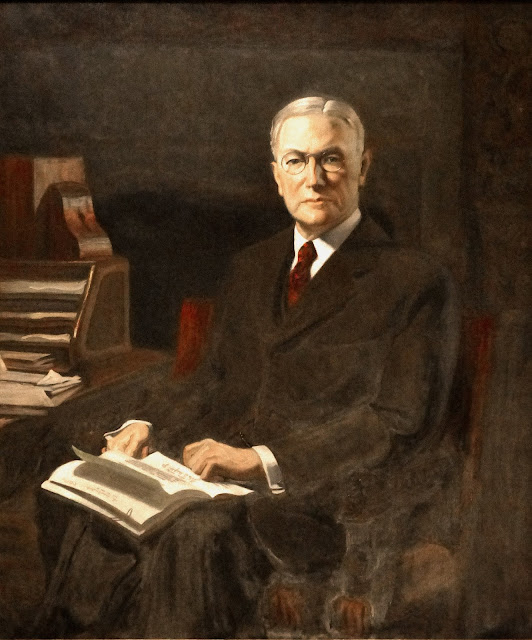 This painting of John Davison Rockefeller, Jr. hangs in the Virginia State Capitol in Richmond. It appears to be a copy of Fred W. Wright's 1956 painting of Rockefeller.  (see Brown University)

John Davison Rockefeller Jr. (January 29, 1874 – May 11, 1960) was an American financier and philanthropist, and the only son of Standard Oil co-founder John D. Rockefeller. He was often known as "Junior", to distinguish him from his father.

He was involved in the development of the vast office complex in Midtown Manhattan known as Rockefeller Center, making him one of the largest real estate holders in the city. Towards the end of his life, he was famous for his philanthropy, donating over $500 million to a wide variety of different causes, notably in educational establishments. Among his more notable projects was the reconstruction of Colonial Williamsburg in Virginia. -- Wikipedia

It was perhaps his contribution to Colonial Williamsburg that earned him a spot in the Virginia Capitol. 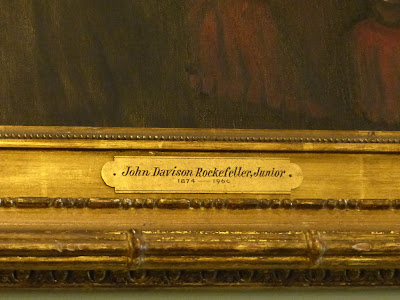 John Davison Rockefeller, Junior
1874 - 1960
In 1923 Rockefeller was featured on the cover of Time Magazine. The sub-title is “May Mammon Serve?” 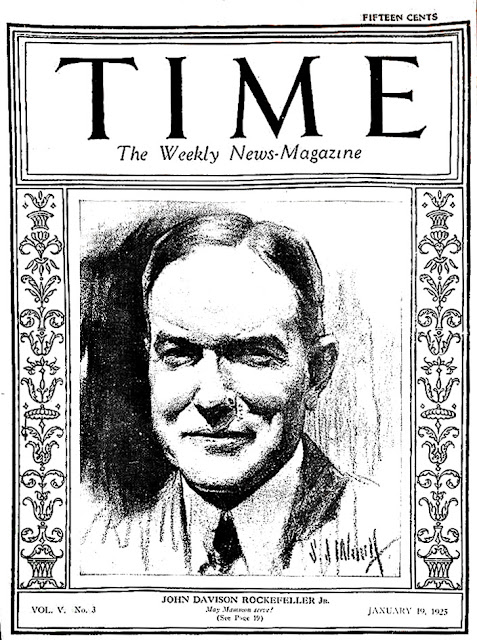 Time, January 19, 1923
In October of 2020, John D. Rockefeller, Jr. was played by Charles Montgomery Burns in an episode of the Simpsons, entitled “Now Museum, Now You Don't” 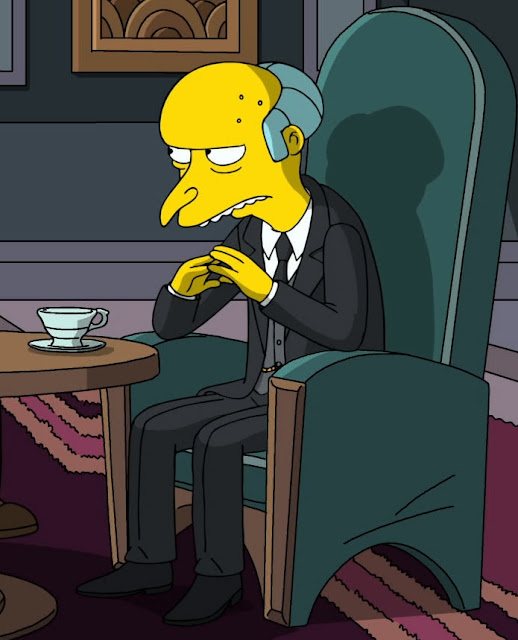