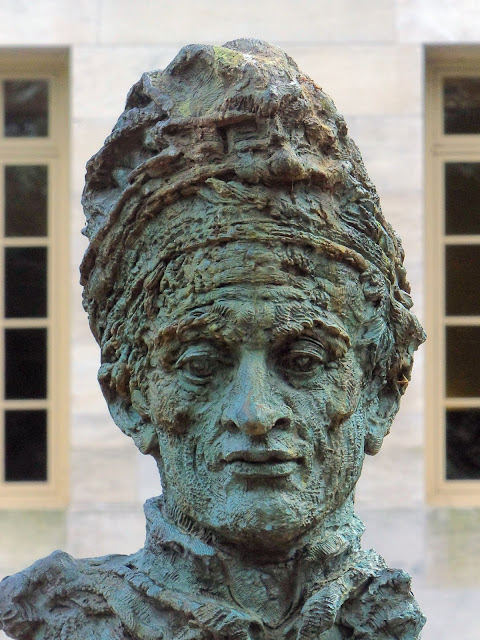 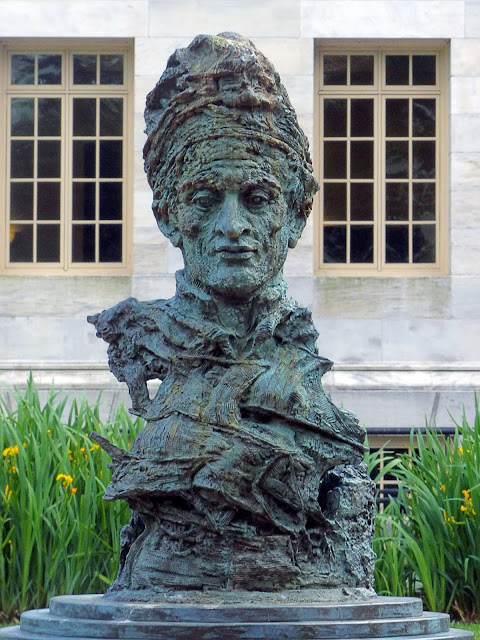 This  2012 bronze bust of Amerigo Vespucci by Greg Wyatt stands on the grounds of the House of the Americas in Washington, DC.


Amerigo Vespucci (1454-1512). A merchant and cosmographer born in Florence and naturalized Castilian in 1505, he participated in at least two exploratory voyages to the continent referred to by Europeans as the “New World,” today called—in his honor—the Americas. Between 1503 and 1505, Vespucci published Mundus Novus and the Letter to Soderini, which establish his leading role in the discovery of America and its identification as a new continent. Thus, cartographer Martin Waldseemüller, in his 1507 map, used the word “America” in tribute to Vespucci to name the New World encountered by Europeans. - OAS 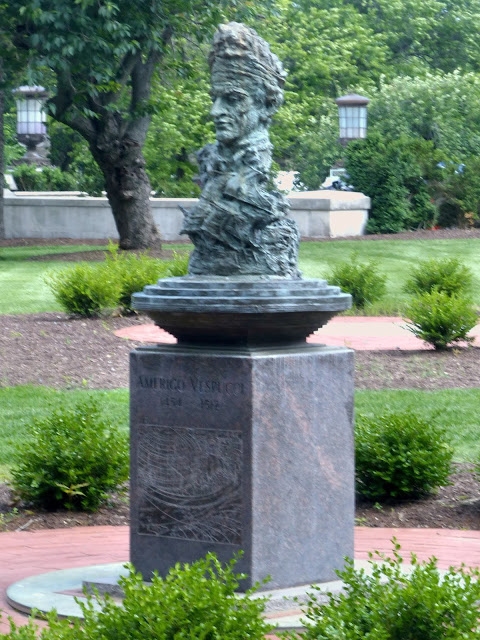 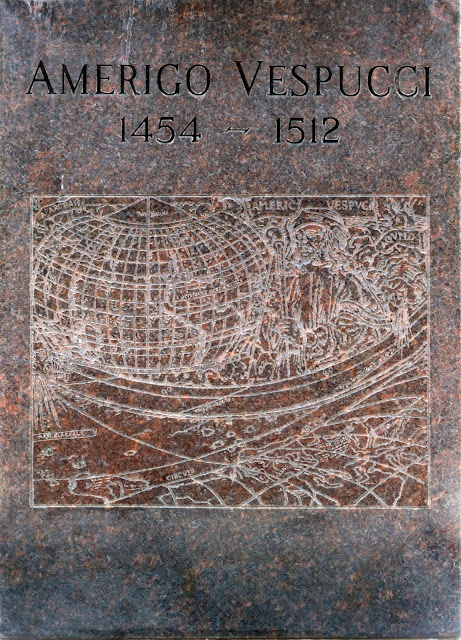 A plaque on the base includes this image of Americi Vespucii as he appears on the 1507 map by Martin Waldseemüller in which part of what is now Brazil is given a feminized form of Vespucci's first name, America. The name was later extended to cover the whole of the new world. (The map can be found at the Library of Congress.) 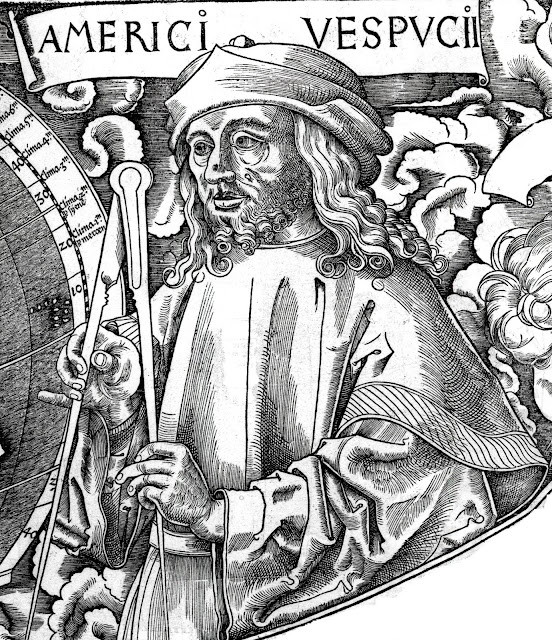 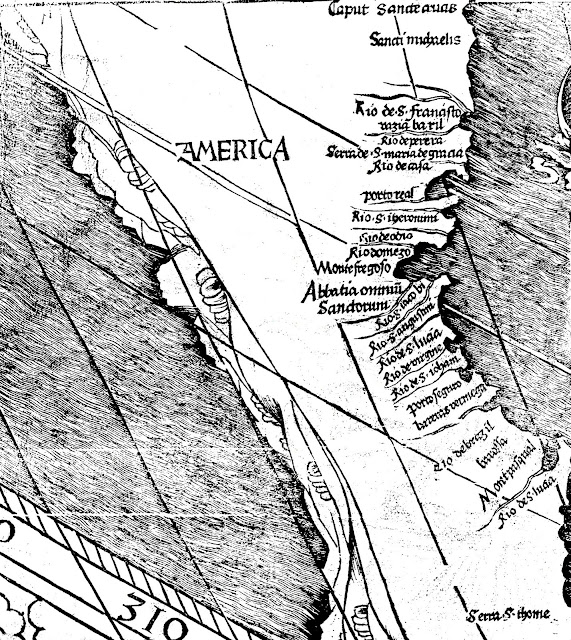 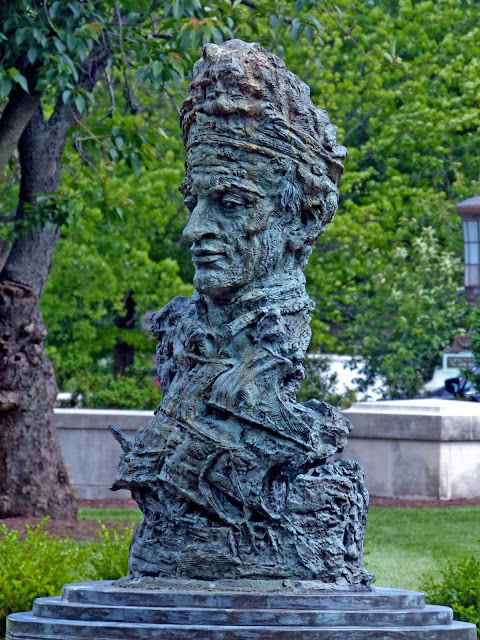 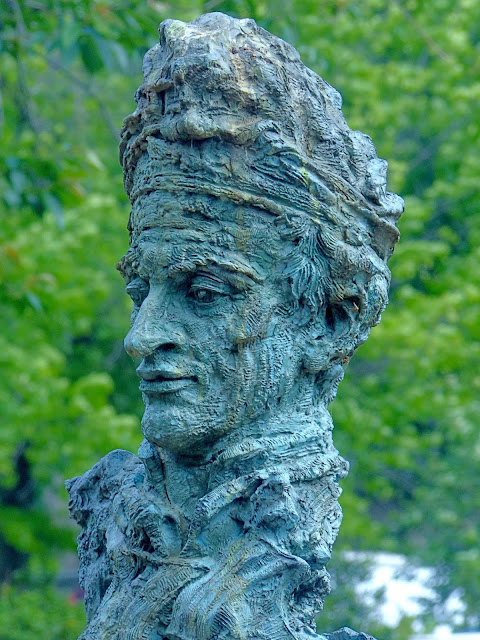