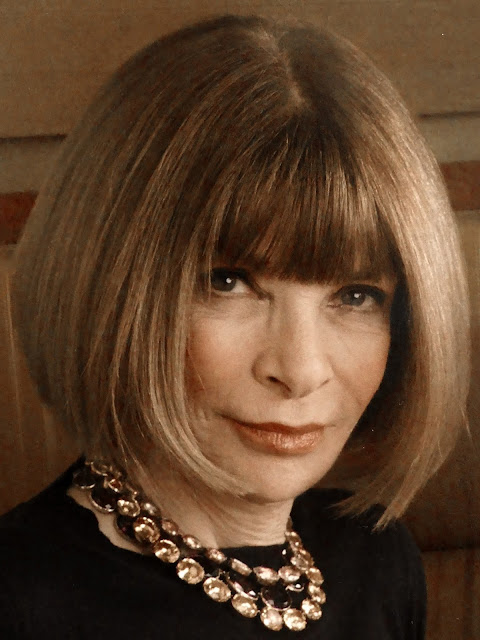 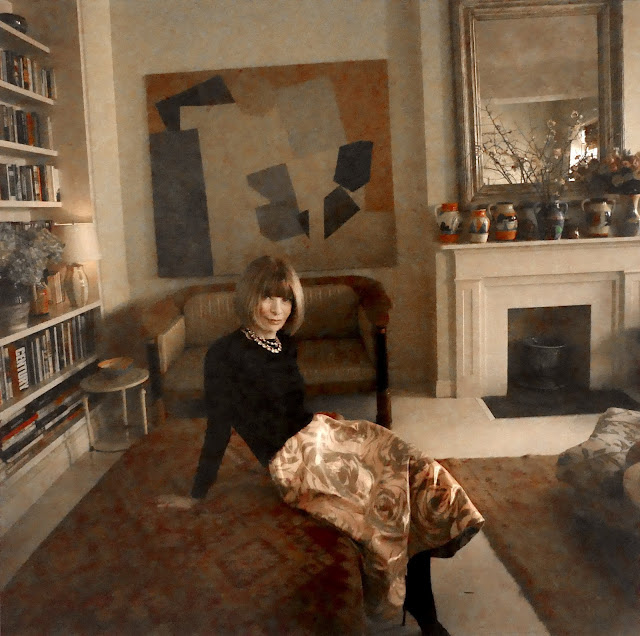 
Anna Wintour has been the editor in chief of Vogue since 1988 and was named artistic director of Condé Nast in 2013. As the host of the famed Met Gala, she has raised more than $200 million for the Metropolitan Museum of Art's Costume Institute. Wintour has received numerous awards for her leadership and charitable efforts, including the Council of Fashion Designers of America Lifetime Achievement Award and the Award of Courage for AIDS Research from the American Foundation for AIDS Research. In October 2009, President Barack Obama appointed Wintour to the President's Committee on the Arts and Humanities. She was named Dame Commander of the Order of the British Empire for her service to British journalism and fashion by Queen Elizabeth II in 2017.

The sitting for this portrait by Annie Leibovitz took place in Wintour's New York City apartment, where her aesthetic sensibility is reflected in the objects surrounding her. -- NPG

This portrait was a 2019 Portrait of a Nation Prize Recipient.
Posted by Allen Browne at 12:00 AM