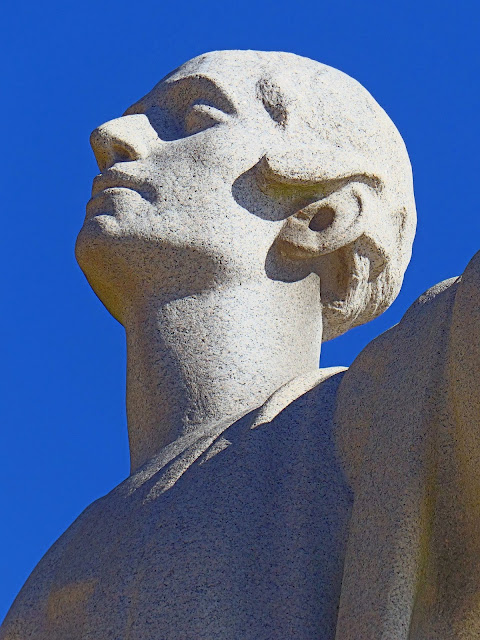 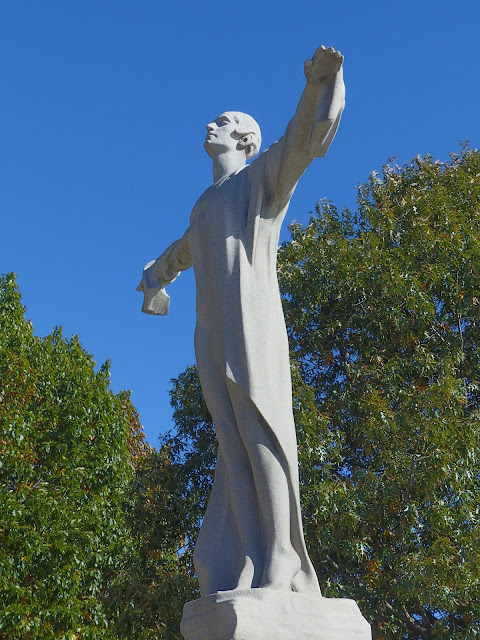 This 1931 statue by Gertrude Vanderbilt Whitney stands at Fourth and P streets NW in Washington,  DC.


The sculpture was created as a memorial for those who died in the Titanic shipwreck. It was authorized by Congress on March 3, 1917 and was sponsored by the Women's Titanic Memorial Association. The sculpture was completed in 1929, but installation was delayed due to construction of a seawall near Rock Creek Parkway. The sculpture was originally erected along Rock Creek Parkway, near the New Hampshire Avenue intersection in May 1930, but was not dedicated until May 31, 1931. Later the statue and accompanying stone bench were stored briefly at Fort Washington, Maryland, in 1966, after removal for the construction of the John F. Kennedy Center for the Performing Arts. The piece was reinstalled in September 1968 at its current site. John L. and William P. Meeker were responsible for the stone work on the piece. The Pringle Construction Company and architect Henry Bacon worked on the piece in its original site. The R. B. Phelps Stone Company worked on the piece in its current site. -- SIRIS 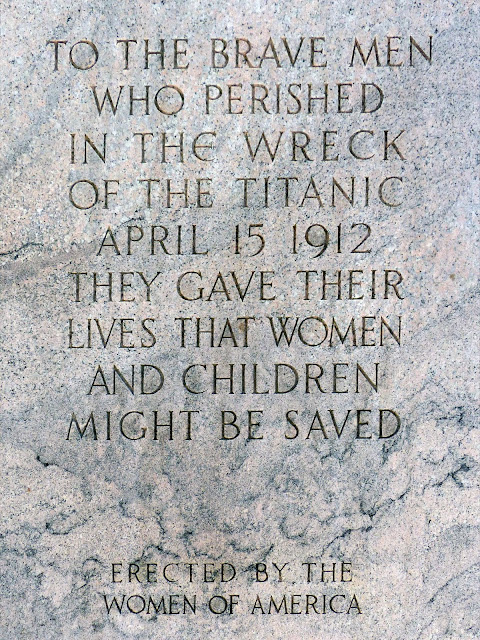 Erected by the
Women of America 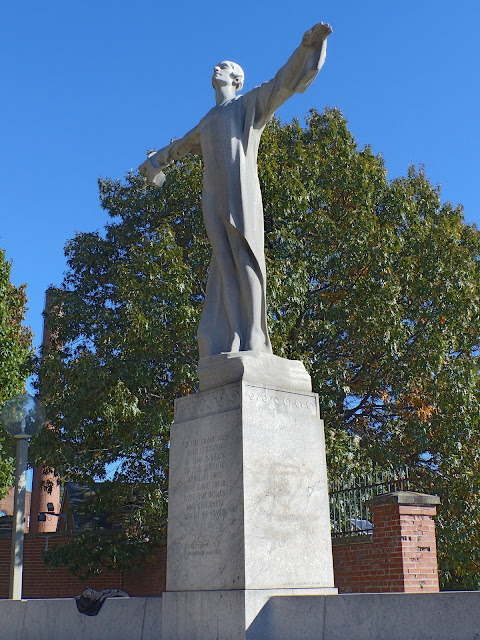 Mrs. Whitney's original model for the statue was more emphatically male that the statue as realized. 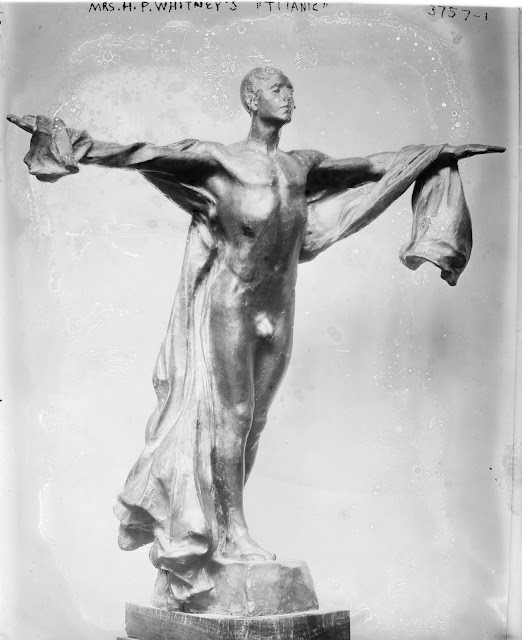 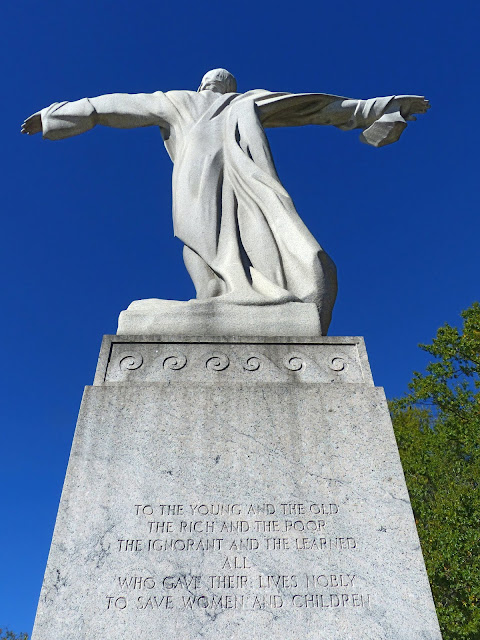 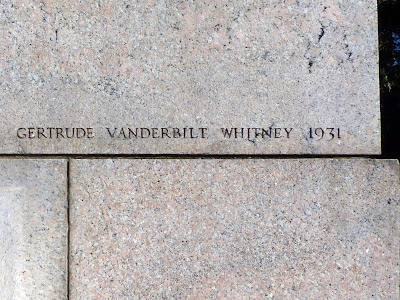 Gertrude Vanderbilt Whitney 1931
Posted by Allen Browne at 12:00 AM