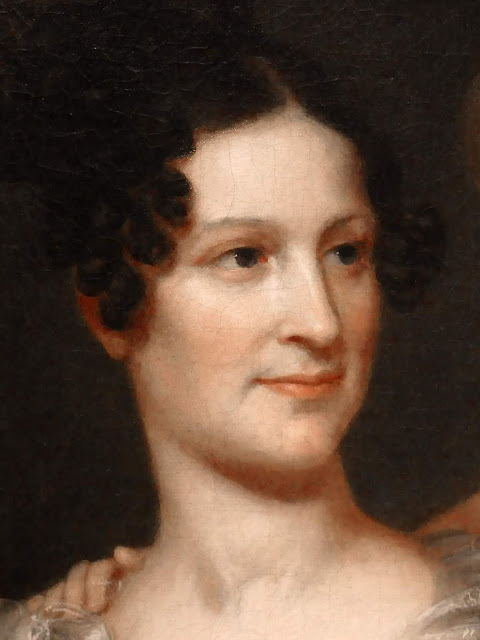 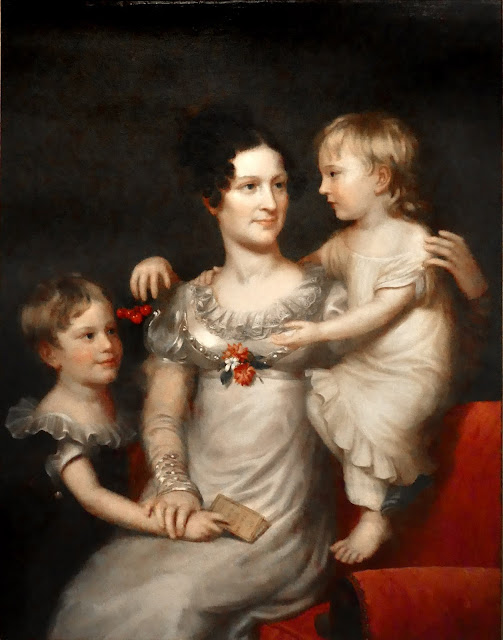 This c. 1815 portrait of Sarah Weston Gales Seaton (1789-1863) and her two children Augustine and Julia hangs in the National Portrait Gallery in Washington, DC.


In this playful group portrait painted in Washington, D.C., Sarah Weston Seaton's son Augustine holds a bunch of cherries just beyond the reach of his sister Julia. The book in his right hand makes his purpose clear: The Art of Teasing Mad[e] Easy Washing[ton] 18—. After 1810, Seaton's husband, William Seaton, and her brother, Joseph Gales Jr., were co-owners of the National Intelligencer. Under their editorship, this important newspaper covered congressional proceedings and was the official printer for Congress until the late 1820s. The Seatons, whose home was on E Street, NW, between Seventh and Eighth Streets, played leading roles in Washington's political and cultural affairs. Their close connections with legislators and the new capital's diplomatic corps are recounted in Sarah Seaton's diary and letters. Charles Bird King, whose studio was nearby, at Twelfth and F Streets, was one of Washington's major portrait painters. -- NPG 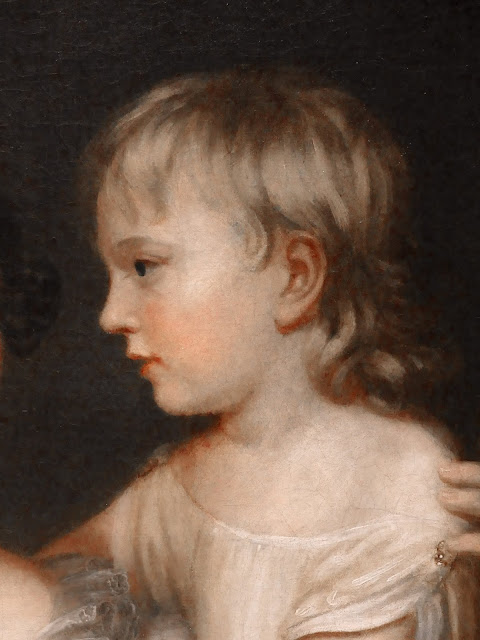 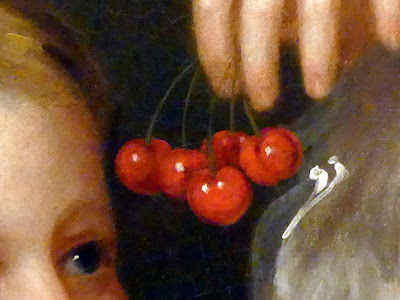 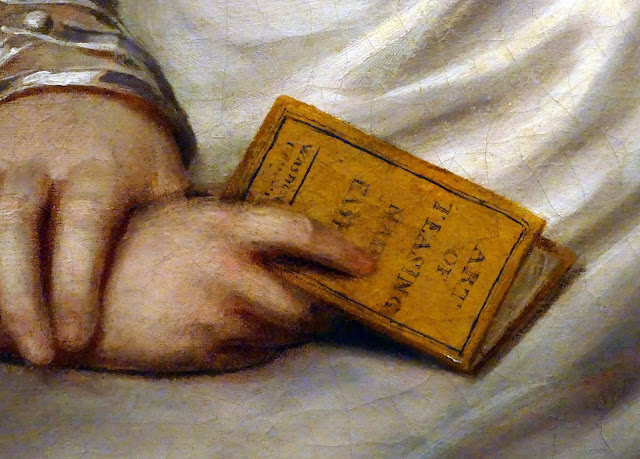 Art of Teasing Made Easy 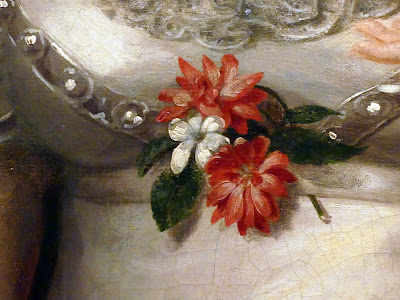 Flowers
Posted by Allen Browne at 12:00 AM