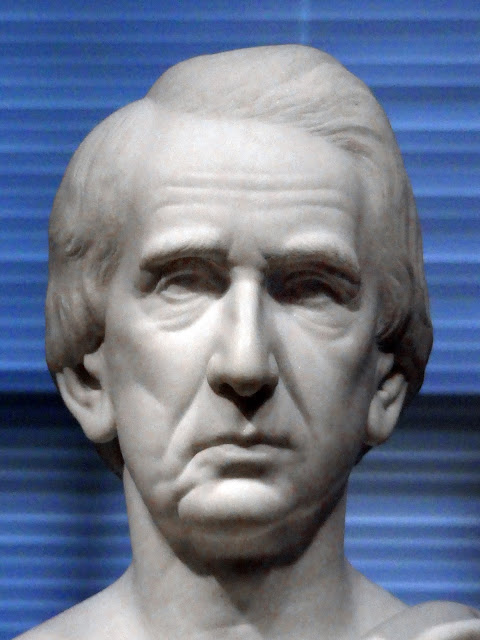 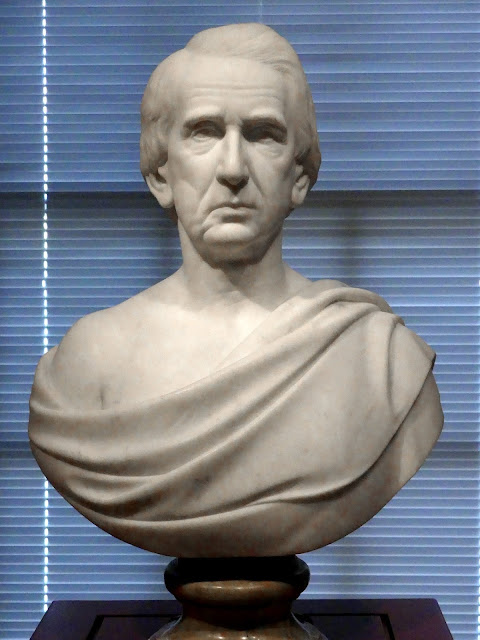 This 1872 marble bust of William H. Seward  by Giovanni Maria Benzoni stands in the National Portrait Gallery in Washington,  DC.


When William H. Seward lost the Republican nomination in 1860 to Abraham Lincoln, many people felt that it was a “sacrifice of commanding ability in favor of respectable mediocrity.” But Seward’s belief that the struggle between the slave and free states was “an irrepressible conflict between opposing and enduring forces” had made him some unforgiving enemies. In the end, Seward supported Lincoln actively and became his secretary of state. So closely was he associated with Lincoln’s policies that he was attacked on the night the president was assassinated, in an unsuccessful attempt to cripple the government. -- NPG 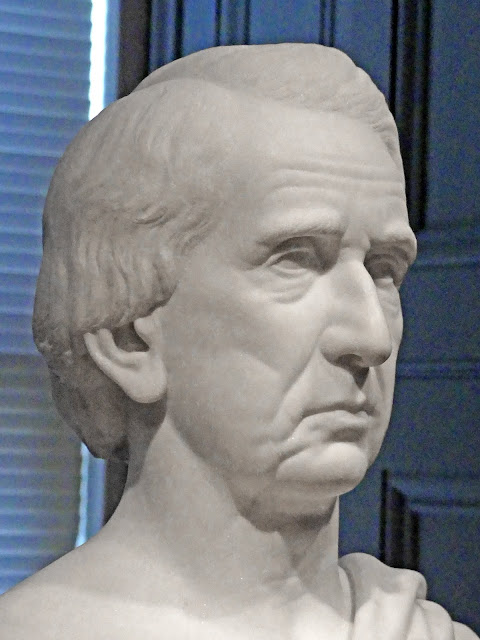 Seward was active in the Lincoln administration's disregard for civil liberties during the Civil War. Seward's democratic opponents spread the (almost surely apocryphal) story that he had bragged to Lord Lyons about his “Little Bell.” The illustration below appeared in The American Bastille, 1871. 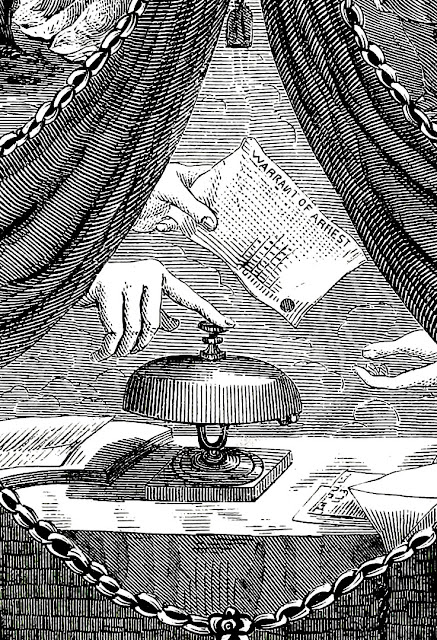 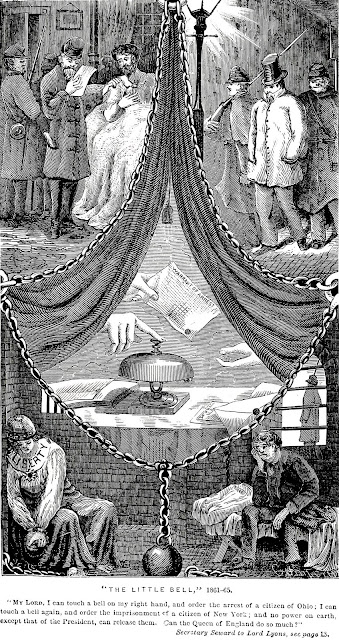 See here for a closer look at this illustration.

While Booth was shooting Lincoln, on the night of April 14, 1865, Seward was attacked and nearly killed by Lewis Powell (or Paine/Payne) as part of the same plot to decapitate the Lincoln Administration. The Secretary was bed-ridden at the time because of a carriage accident.   The National Police Gazette published this lurid image Powell slashing Seward with a Bowie knife entitled “The Assassination of Wm. H. Seward, Secretary of State:” 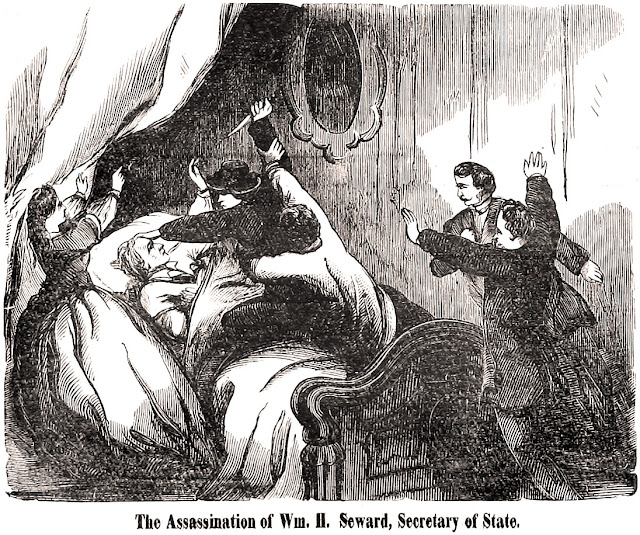 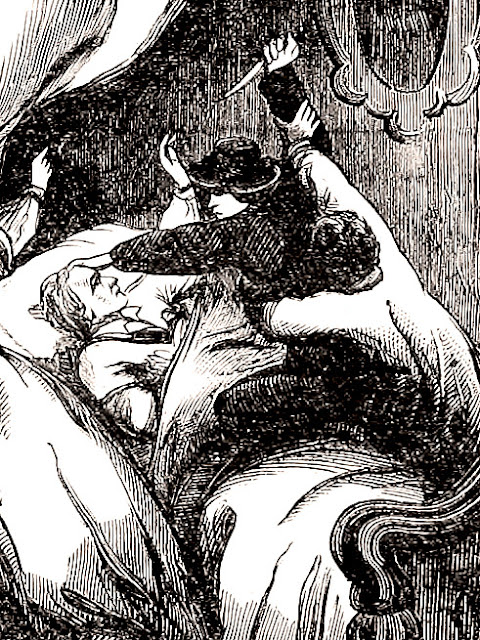 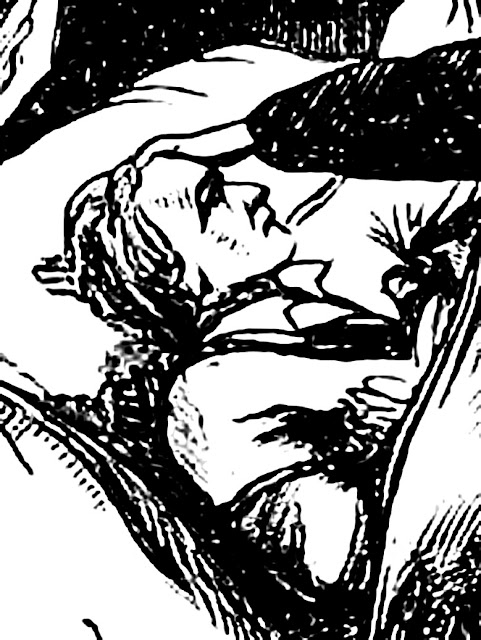 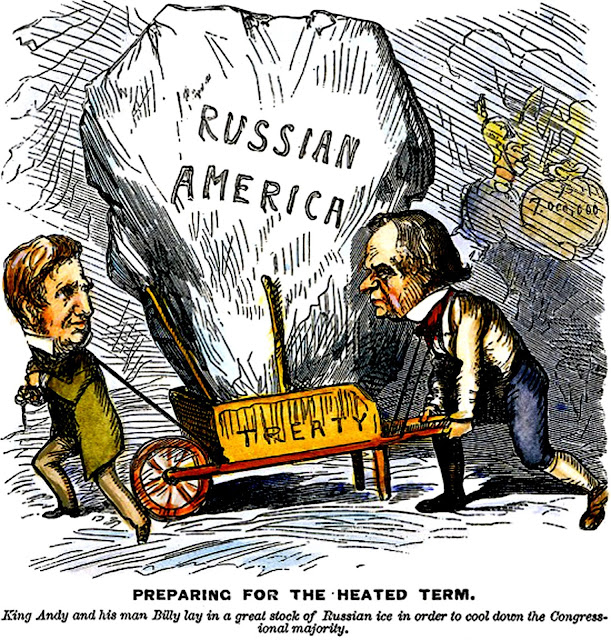 Preparing for the heated term; King Andy and his man Billy lay in a great stock of Russian ice in order to cool down the Congressional majority -caricature of Pres. Andrew Johnson and Sec. of State William Seward carrying huge iceberg of "Russian America" in a wheelbarrow "treaty"; refers to Seward's purchase of Alaska in Dec. 1866.