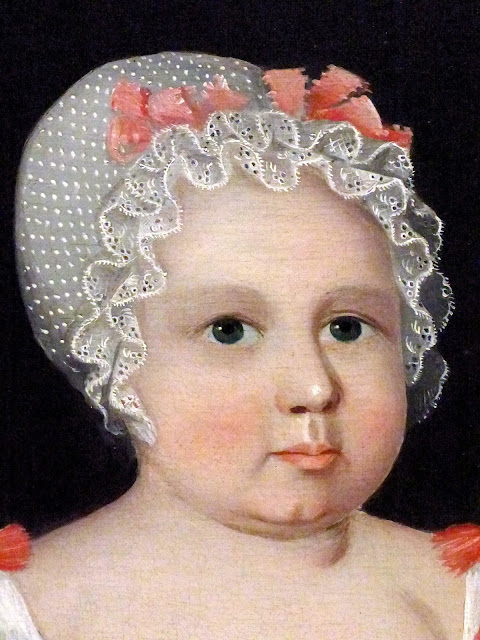 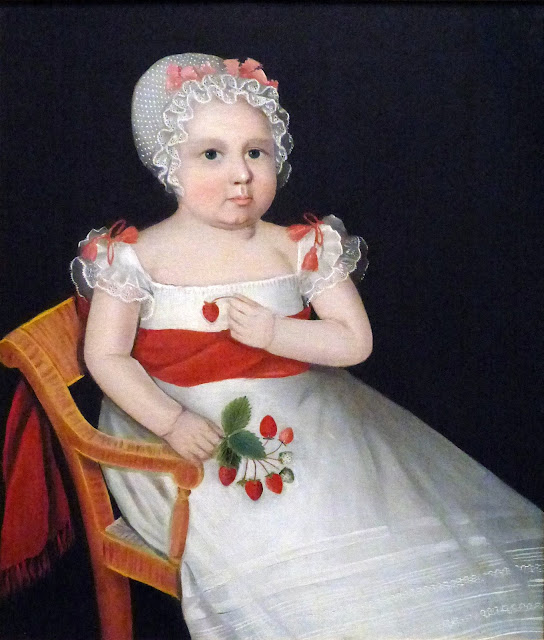 This c. 1830 portrait called The Strawberry Girl by Ammi Phillips hangs in the National Gallery of Art in Washington, DC.


The Strawberry Girl has the direct facial expression and high contrast of light and dark areas generally found in works by Ammi Phillips of the late 1820s and 1830s. The background, a warm black sometimes described as “mulberry,” appears in many of Phillip's portraits, particularly in the 1820s. The child's posture, turned three-quarters to the picture plane, the stiff folds of her dress, and the crudely painted shadows under her arms are all characteristic of Phillips. The parallel bent arms are repeated in several of Phillips' children's portraits. In some of these, the subjects hold a bunch of strawberries, or other small objects such as a hickory nuts or a sprig of flowers.

Except for a few minor costume and jewelry details and the arrangement of the bunch of strawberries, The Strawberry Girl is identical to Phillips' Mary Elizabeth Smith (Terra Museum of American Art, Chicago) which is dated 1817 based on the family history which accompanied the portrait. – Deborah Chotner, American Naïve Painting, 1992. 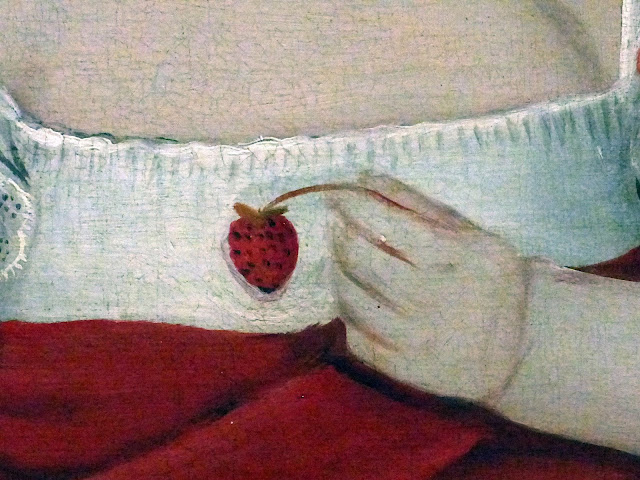 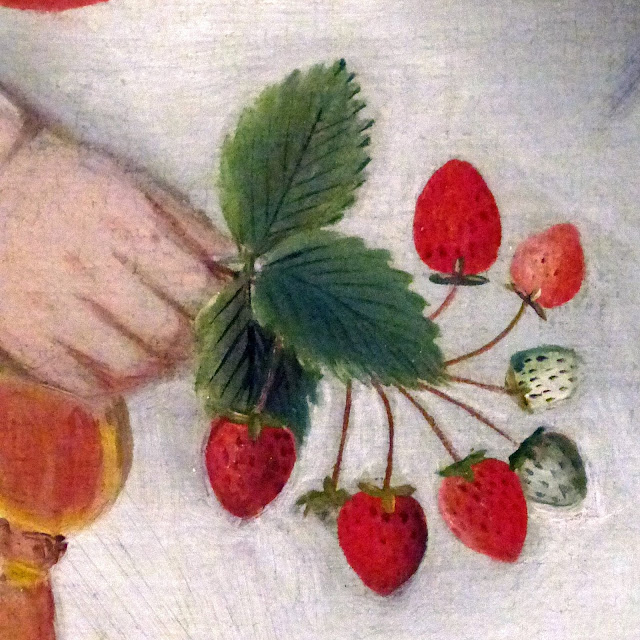 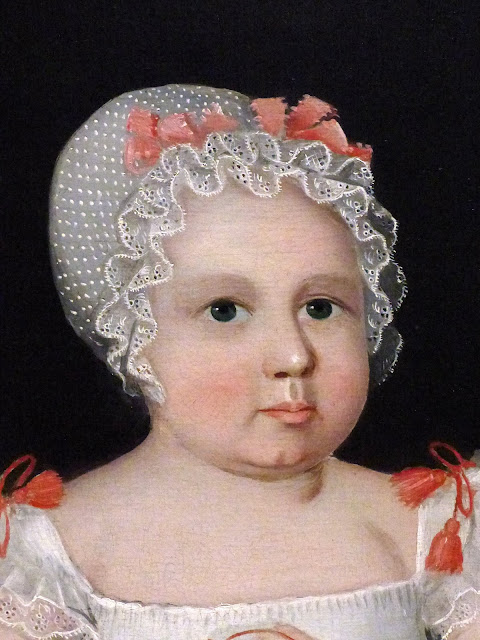 The 1827 portrait of Mary Elizabeth Smith really is nearly identical. 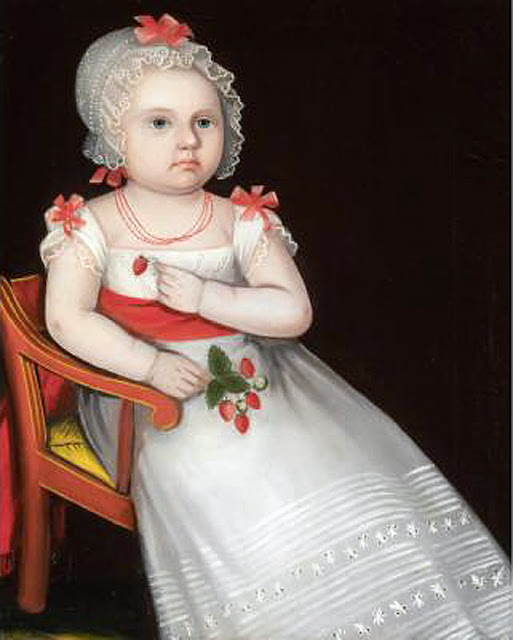 The Terra foundation web site remarks that “The gesture of Mary’s arms and the strawberry sprig and single berry are features Phillips used for an older sitter in his Girl in a Red Dress (TF 1992.57), among other portraits.” 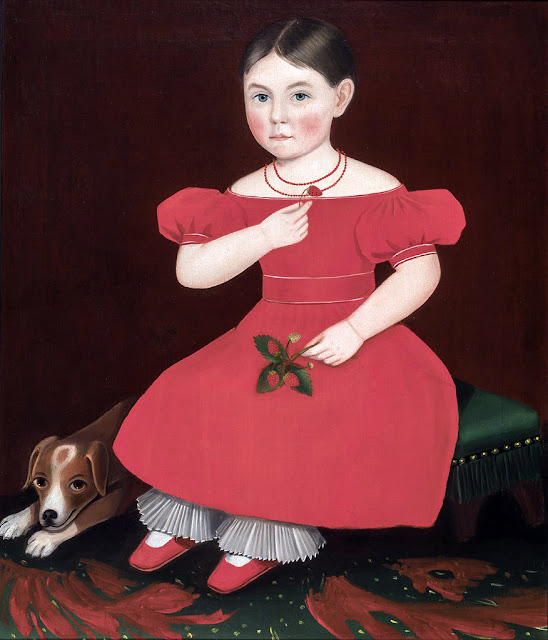