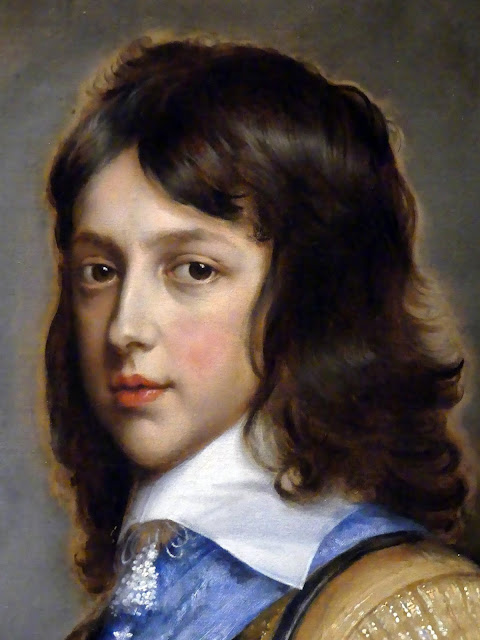 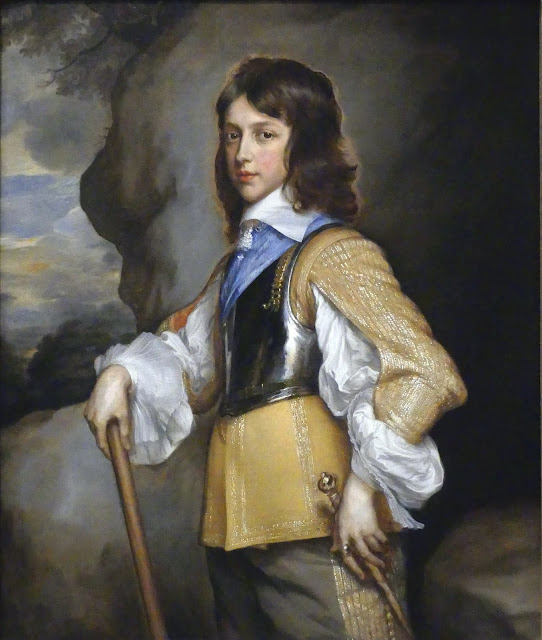 
In this three-quarter-length portrait, Henry, Duke of Gloucester, confidently counters the viewer’s scrutiny. He wears a gleaming breastplate that covers a richly brocaded gold doublet with split sleeves; his right hand rests on a staff while his left hand covers the hilt of a gold-topped rapier. Identified on the basis of an inscription on a bust-length copy after this painting, Henry (1640–1660) was the third son of King Charles I and Queen Henrietta Maria. After virtual imprisonment during England’s civil war and Protectorate, Henry was permitted to join his older sister Maria Stuart and her husband, Willem II, Prince of Orange, in The Hague in 1652. The next year, Henry was invested as a Knight in the Order of the Garter, and that festive occasion likely led to the commission of this portrait by Adriaen Hanneman. The commanding pose of young Henry was probably chosen to stress the legitimacy and continuity of the Stuart dynasty despite the fact that Charles II, Henry’s brother, was in exile in Paris. At the Restoration in 1660, Henry accompanied Charles II back to England; he contracted smallpox soon thereafter and died that same year.

Hanneman worked at the English court between 1626 and 1638, and his portrait style echoed that of the celebrated court-artist Anthony van Dyck. Upon his return to The Hague, Hanneman became the favorite of the Dutch and exiled English aristocracy in the court circles around Maria Stuart and the Prince of Orange. -- NGA