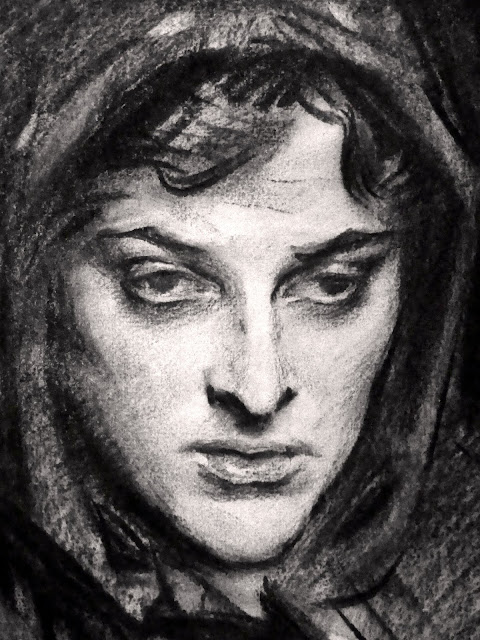 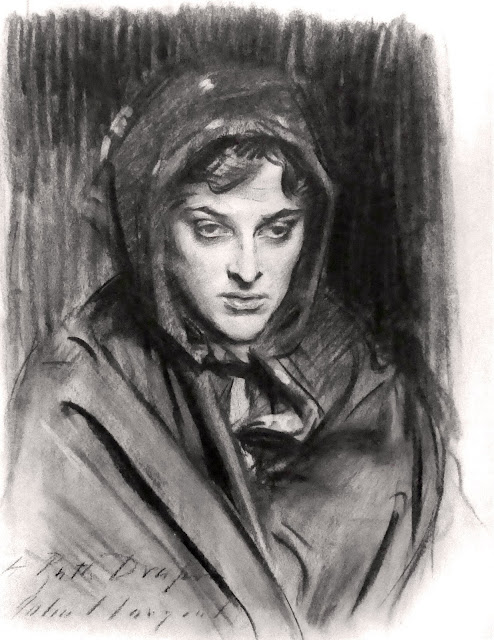 This 1914 charcoal portrait of Ruth Draper by John Singer Sargent is on display at the National Portrait Gallery in Washington, DC.


The American actress Ruth Draper (1884—1956)is credited with originating the now-familiar one-woman show. She wrote her own monologues and impersonations, both dramatic and comic, and gained fame in the United States and Europe. With few props, she carried out amazing feats of self-transformation. One eyewitness was impressed by her “remarkable ability to reproduce each and every emotion a human being can experience.” Sargent first drew a conventional portrait of Draper in 1913. However, after seeing her perform, he told her, “Destroy my portrait. I want to draw you as one of your characters.” Here, Draper appears as a Dalmatian peasant in a New York hospital, one of her most famous monologue roles. The energetic lines convey the confidence that enabled Sargent to complete two drawings of the actress in just one-and-a-half hours. Refusing Draper's offer of payment, he gave her this portrait as a token of his admiration. -- NPG 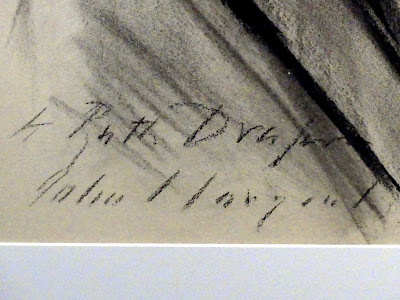 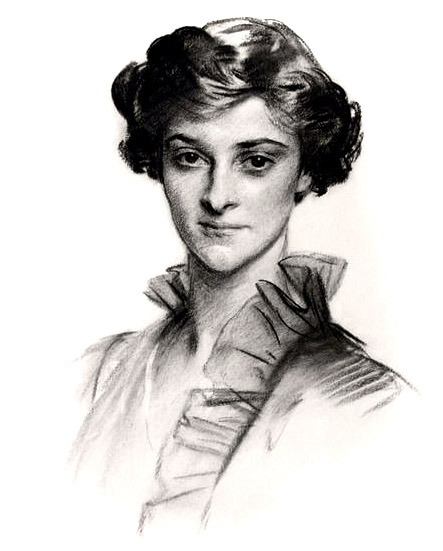 Ruth Draper is discussed in Merriam Webster's definition of “Diseuse”:

Definition of diseuse
: a woman who is a skilled and usually professional reciter

The American actress Ruth Draper (1884-1956) was known for her character-driven monologues and theatrical sketches, portraying some 58 different characters utilizing a range of languages and dialects. A comparable entertainer today might be labeled a performance artist, but a term that emerged during Draper's lifetime was "diseuse." Broadly, a diseuse is a professional female reciter, though often the word is used specifically to refer to one who recites verse or other text to music. (A male reciter would be a diseur, but that word is rare in English.) Both "diseuse" and "diseur" derive from Old French dire ("to say") and ultimately from the Latin verb dicere. -- Merriam Websters.

Listen to Webster's Word-of-the-Day podcast about diseuse and Draper here. 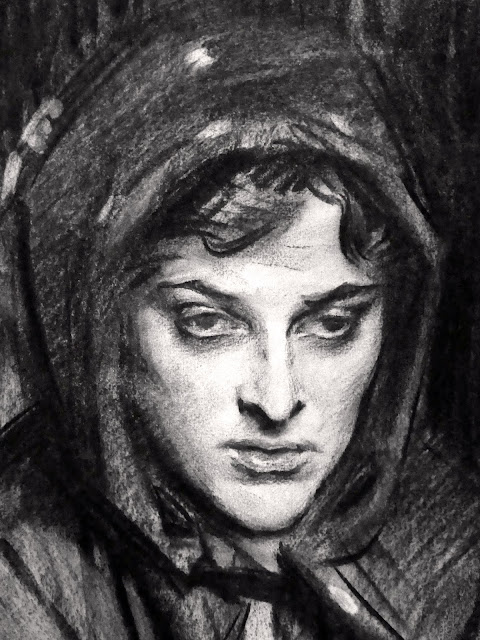