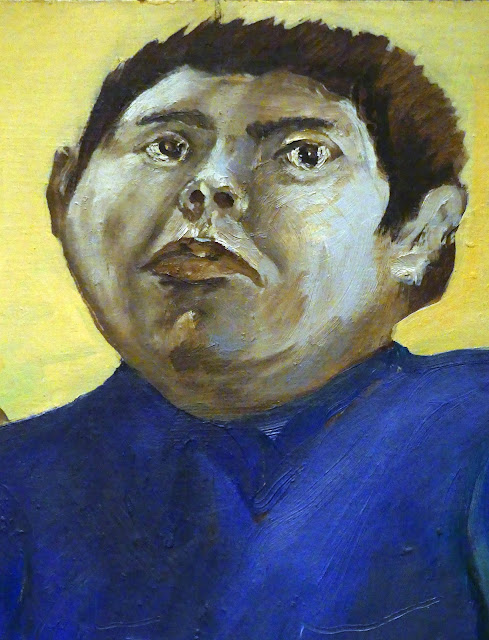 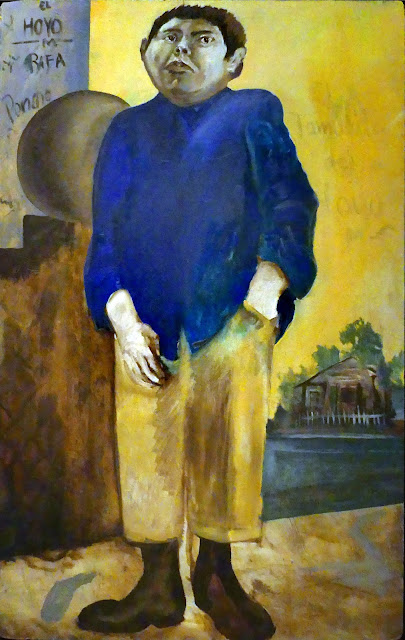 
Roberto Chavez painted this work from memory. He recalled, “Tomalito, whose real name I never knew, was one of the vatos (young guys) from ‘El Hoyo,’ the neighborhood directly west and north of where I hung out. In high school I realized that my contemporaries and our environment were what I most wanted to depict in my pictures and stories.” This portrait also serves as an homage to the Mexican American residents and communities of Los Angeles. -- SAAM 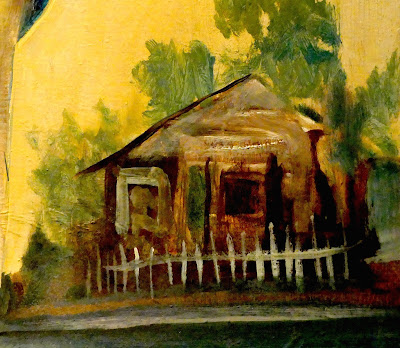 The Smithsonian Hispanic Center has this description of the painting.

El Tamalito del Hoyo was painted in 1959 by Roberto Chavez. This painting displays a young Hispanic boy trying to blend in with the urban society around him. Chavez provided a specific example of a factor in society that makes immigrants feel out of place. The boy's simple and dirty clothes give the impression that he is poor, yet, they don't seem to strongly resemble any kind of Hispanic heritage. Chavez created this painting to show how the stereotypically poor Hispanic was adjusting his appearance in order to become more American. -- The Hispanic Center 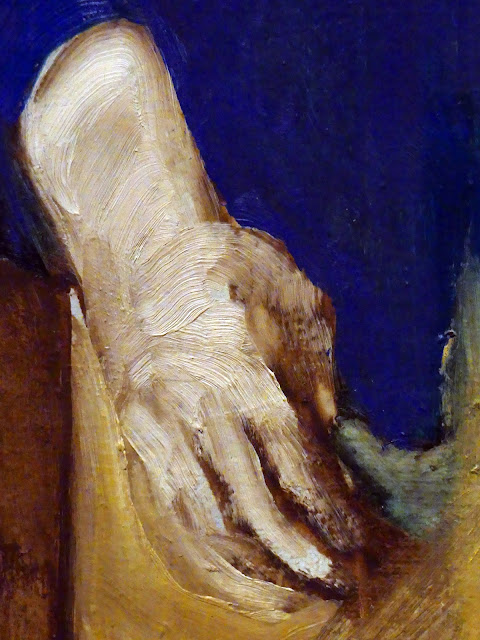