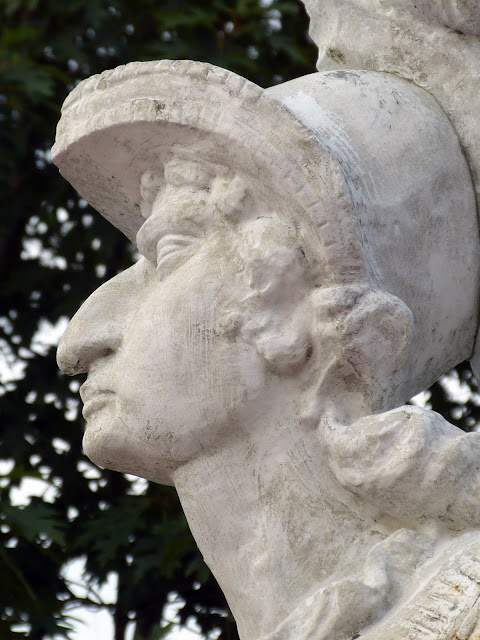 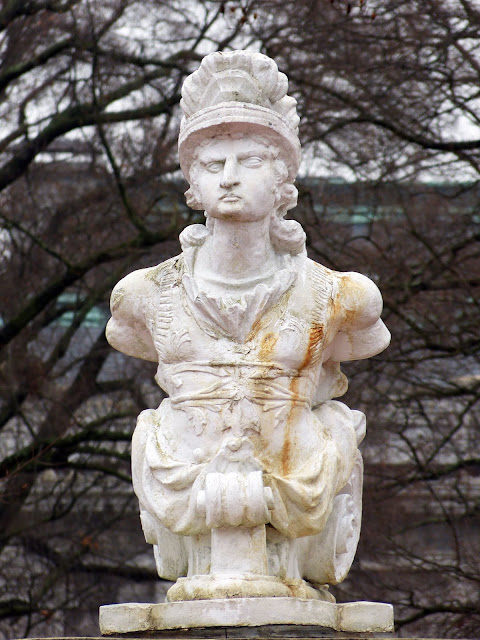 This wooden bust of Philip II of Macedon is the figurehead of the British Frigate Macedonian which was captured in 1812 by the United States Frigate United States. It forms part of the Macedonian monument at the US Naval Academy in Annapolis Maryland.

Philip II of Macedon (382–336 BC) was the king (basileus) of the kingdom of Macedon from 359 BC until his assassination in 336 BC. He was a member of the Argead dynasty of Macedonian kings, the third son of King Amyntas III of Macedon, and father of Alexander the Great and Philip III. – Wikipedia 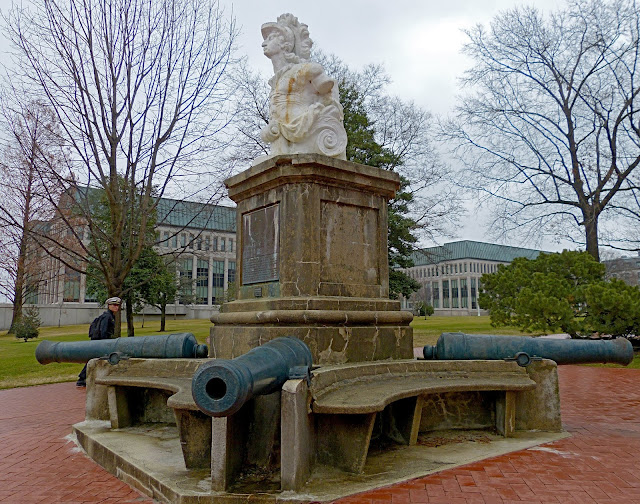 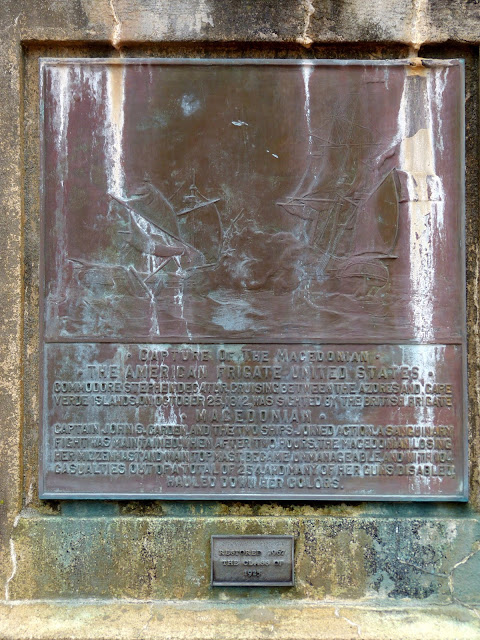 Capture of the Macedonian

The Frigate United States
Commodore Stephen Decatur, cruising between the Azores and Cape
Verde islands, on October 25, 1812, was sighted by the British Frigate
Macedonian
Captain John S. Garden, and the two ships joined action. A sanguinary
fight was maintained, when after two hours, the Macedonian losing
her mizzen mast and main top mast became unmanageable and with 104
casualties out of a total of 254, and many of her guns disabled
hauled down her colors. 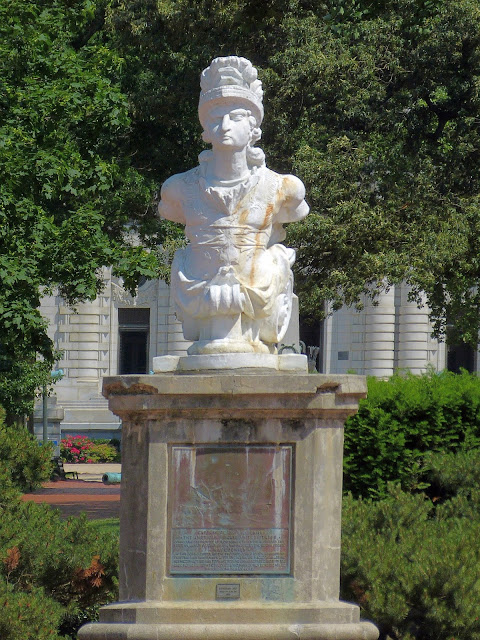 The USNA museum has this painting entitled United States Vs. Macedonian by Rod Claudus. 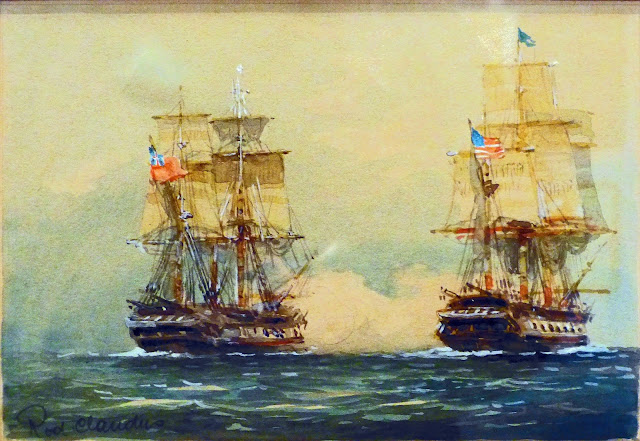 Theodore Roosevelt published this map to the battle between the United States and the Macedonian. 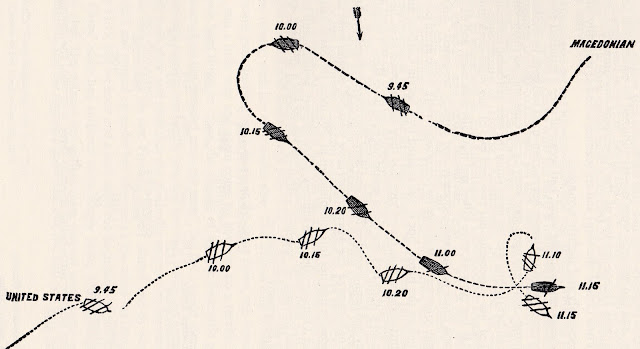 Decatur had the Macedonian jury-rigged and took her back to New London, arriving on the 4th of December. Macedonian would serve as the US Frigate Macedonian until 1828.  A second USS Macedonian “re-built from the keel” of the original Macedonian was launched in 1836 and served in the US Civil War. 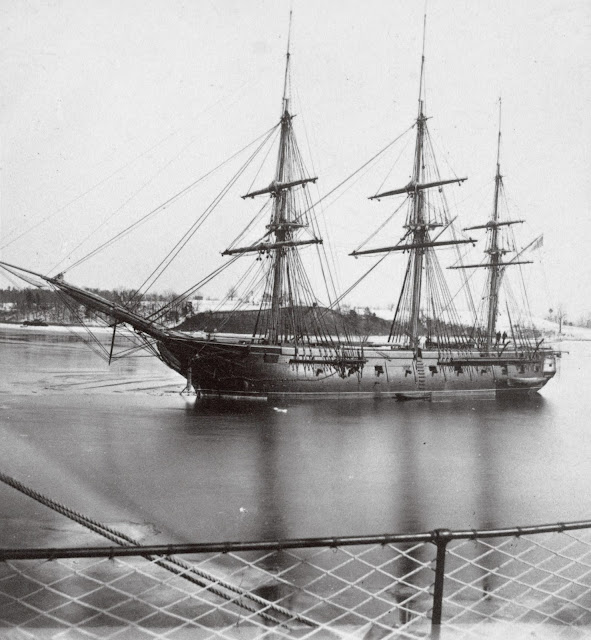 USS Macedonian during the Civil War 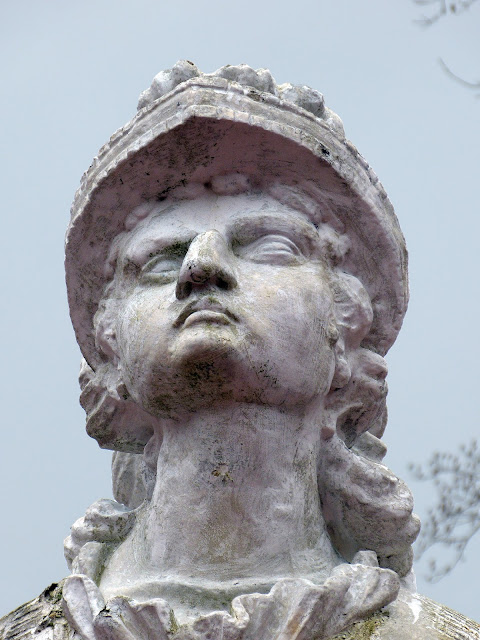 Email ThisBlogThis!Share to TwitterShare to FacebookShare to Pinterest
Labels: 4th Century BC, Royalty, War of 1812