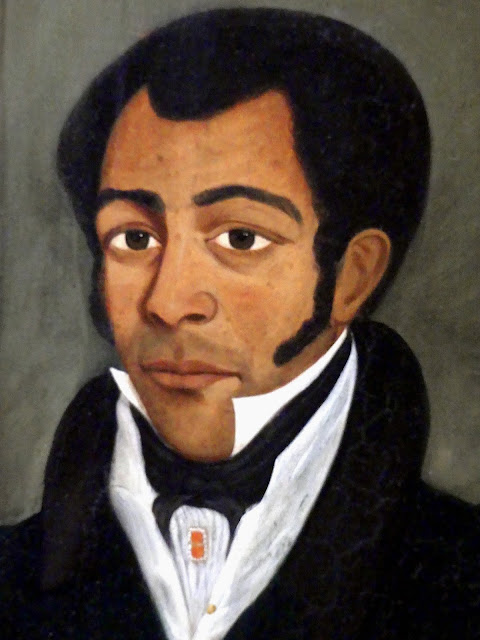 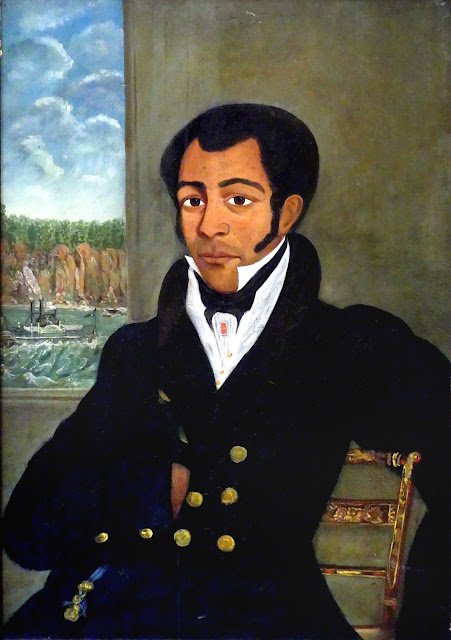 This painting, probably from 1829, labeled A Ship's Steward hangs in the National Gallery  of Art in Washington, DC. It is called Portrait of a Black Man in Chotner's 1992 book, American Naive Paintings. An inscription the reverse of the painting reads: “On steamboat: NEW / PHILADELPHIA”


The presence of the steamboat New Philadelphia in this portrait suggests the possible occupation of the unidentified sitter and the circumstances under which his portrait may have been painted. The New Philadelphia was built in 1816 at Kensington, Pennsylvania, and plied the Hudson River between New York and Albany from that date until about 1832.. Built for Robert L. Stevens' North River Steamboat Line, the New Philadelphia was innovative in several ways. She was the first steamboat to have two boilers placed on her guards over the water instead of on deck (for passenger safety) and the first to eliminate the bowsprit. In 1816 she set a speed record of twelve hours and twenty-three minutes from New York to Albany and in 1833 made record time for the run between Philadelphia and New York. She was also the first Hudson River steamboat to introduce “colored waiters.”

The sitter may have been a steward or headwaiter aboard the New Philadelphia. The ship's reputation for innovation and speed was surely a source of great pride to both officers and crew and may explain why a crewman would want his portrait to include his vessel steaming north past the Palisades toward Albany, in what was probably record-setting time.

Placing the command ship in the background, the artist has used the convention commonly reserved for depicting a ship's captain. He also understood the dramatic possibilities of a figure dressed in the latest fashion, striking an elegant Napoleonic pose while casually sitting in a decorated Hitchcock-style chair. The attention devoted to details like the clothing, steamboat, landscape, and chair serves to document the man in a specific place and time and to project material success.

Painted when opportunities for African Americans were limited, Portrait of a Black Man records the pride and good fortune of one black in the early nineteenth century. -- Richard Miller in Chotner, 1992. 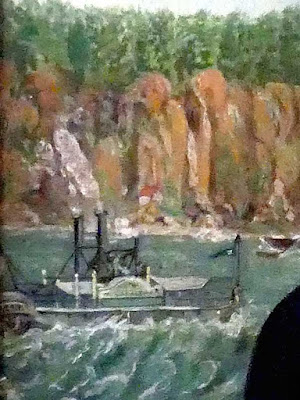 New Philadelphia
Posted by Allen Browne at 8:44 AM