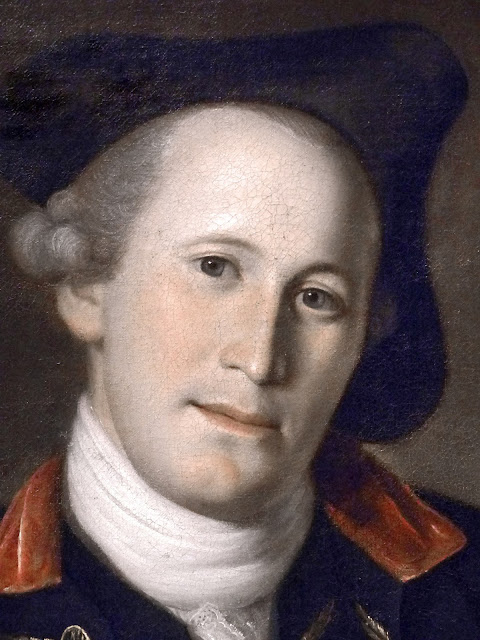 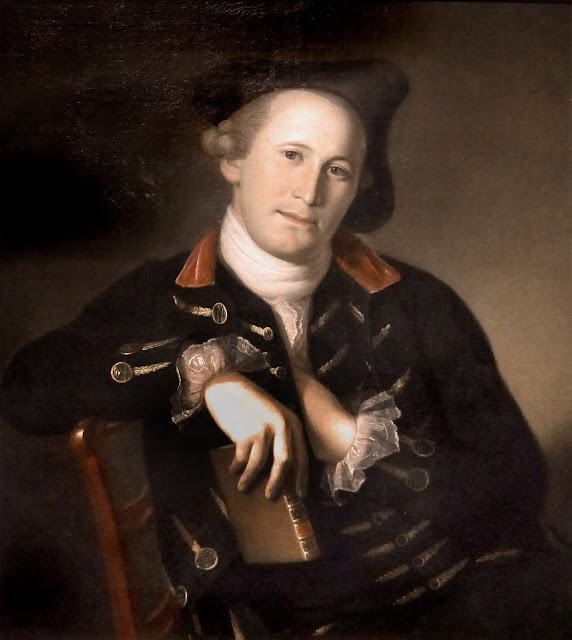 
This informal portrait is lacking any symbols of Gist's accomplishments as a merchant, sea captain and soldier, yet he was all those things throughout his life. Art historians continue to debate whether or not this was a pendant portrait to his first or second wife, but definitive evidence has not been uncovered. In 1774, Gist was chosen as captain of the Baltimore Independent Company, one of the first militia units in Maryland. In 1776, he was commissioned as a second major in General William Smallwood's 1st Maryland Battalion and was eventually promoted to Brigadier General in 1779. – Maryland Historical Society 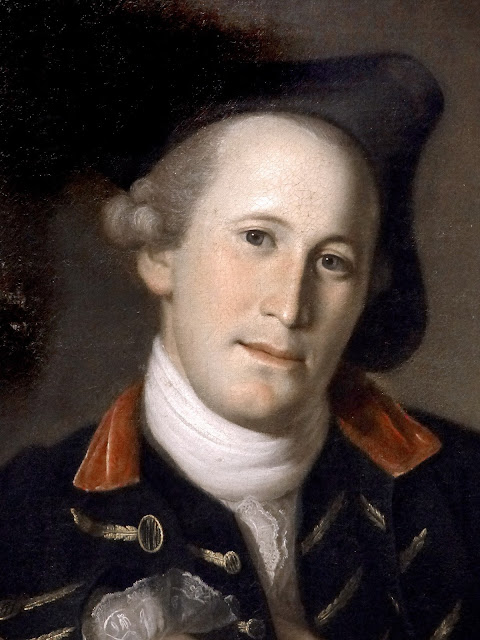 This more formal portrait of Gist appeared in Herring and Longacre's 1839 Portrait Gallery: 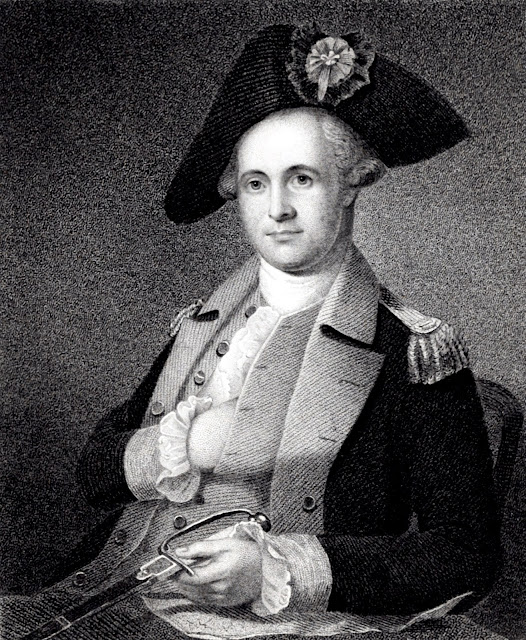 Mordecai Gist
Engraved by W. A. Wilmer
after a portrait in the hands of Dr. J. Paul Cockey, Baltimore

Sidney Hayden's 1866 book Washington and his Masonic Compeers has this hatless portrait of Gist. 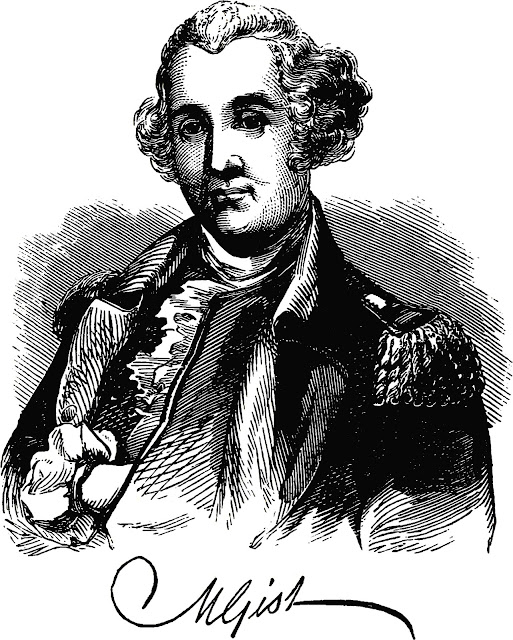 The Maryland Archives notices that Gist's property included not only land but human beings.


In addition to land, Gist also owned slaves and employed indentured servants. In 1771, an Irish servant, Andrew Dunlop, ran away from one of Gist's plantations in Frederick County and Gist offered a thirteen dollar reward for his return. [8] This would not be the only time that Gist put out such an ad. During the Revolutionary War, one of Gist's slaves, a pregnant 34 year old woman "named Sarah, but since calls herself Rachel," escaped from him at Trenton Ferry. She took her six year old son, a boy named Bob who appeared "to be white without close examination," with her. Gist referred to her as a "lusty wench" who "was lately apprehended by the First Maryland Regiment, where she pretends to have a husband... and passed herself off as a free woman." Slaves were not legally allowed allowed to marry others, but Sarah/Rachel appeared "in camp" with the unnamed soldier and may have personally considered him to be her husband. What happened to Sarah/Rachel, Bob, and the unnamed soldier is unknown. [9] -- Archives of Maryland

The tail  told by Gist's advertisements for Sarah and Bob are a story in themselves and his ad for Irish indentured servant Andrew Dunlop provides interesting context.

Gist died in 1792 and was buried in Saint Michael's Church Cemetery in Charleston, South Carolina. His obituary in the Columbian Herald, Sept. 3, 1792 read:

This headstone was erected in the Saint Michael's Church Cemetery, Charleston  by the MDSSAR in 1915. 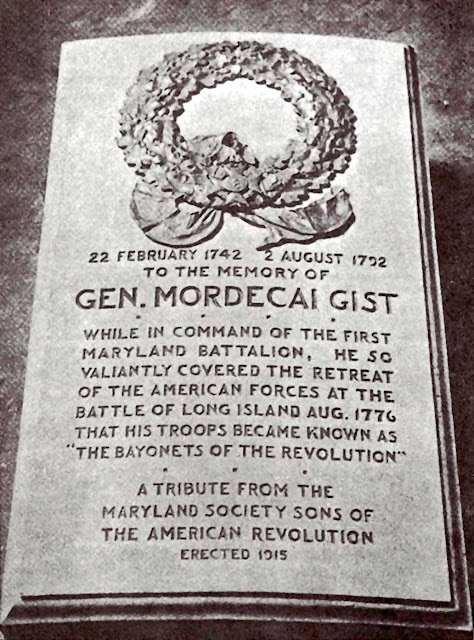 While in command of the first Maryland battalion, he so valiantly covered the retreat of the American forces at the battle of long island Aug. 1776 that his troops became known as “The Bayonets of the Revolution”

A Tribute from the Maryland Society Sons of the American Revolution 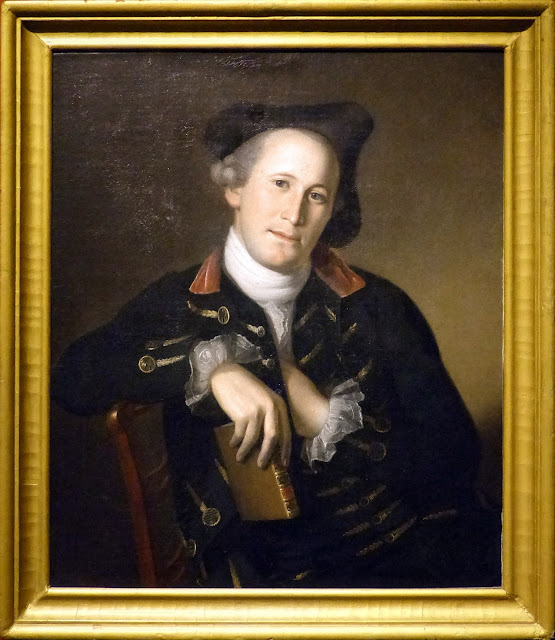