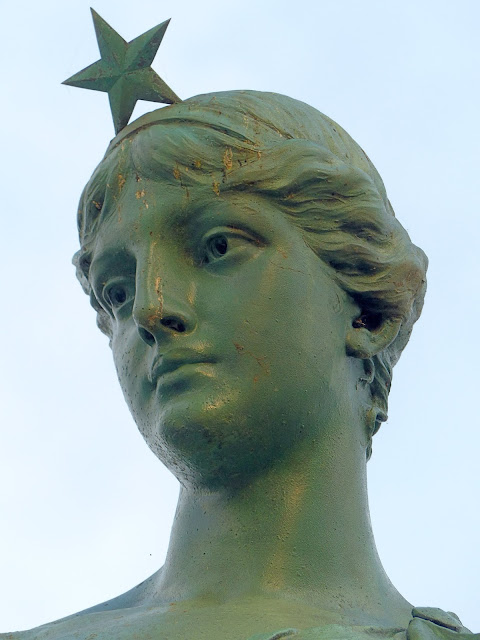 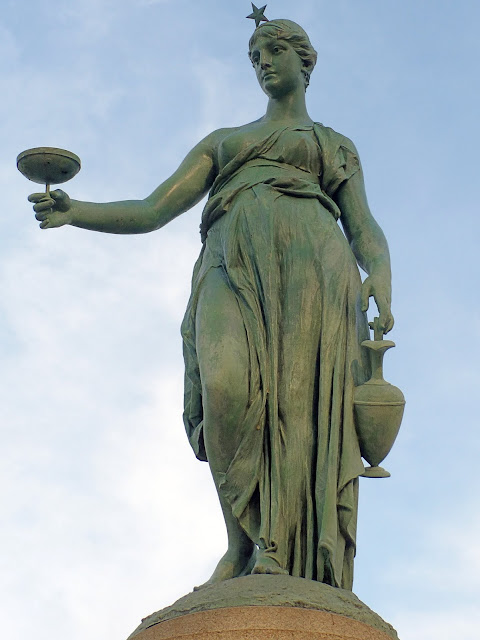 This 1893 statue of Hebe by Franz Mochtl stands on top of the Rosenberg Fountain in Chicago's Grant Park. 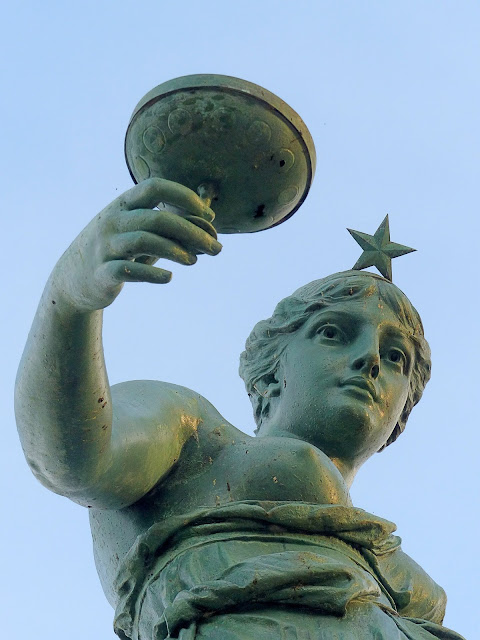 In Greek Mythology Hebe was goddess of youth and rejuvenation, cup-bearer to the gods. In the 16th century the Church of England added a moralizing twist to the story of Hebe. An English-Latin dictionary of that time says that Hebe was dismissed from her post as cup-bearer when she fell down and her dress came open exposing her breasts. (See Wikipedia) 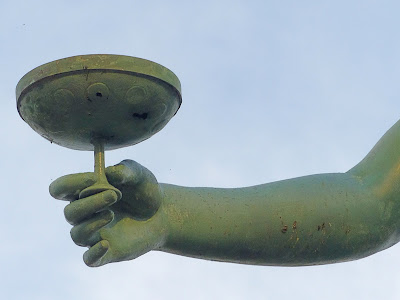 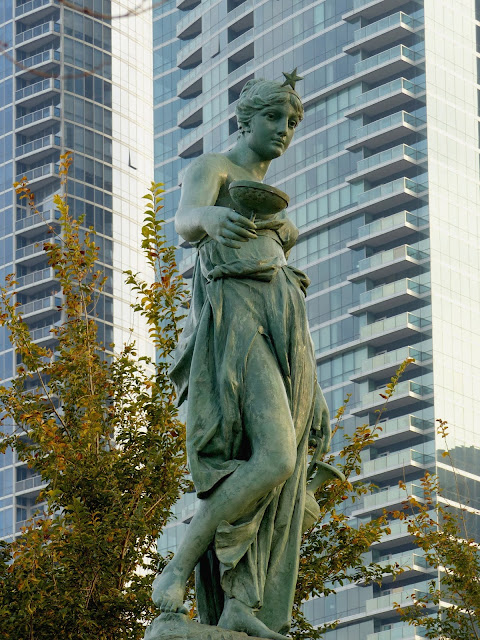 Hans A. Pohlsander in German Monuments in the Americas, 2010  says:


In Chicago's Grant Park, on the west side near the south end, facing South Michigan Avenue between 11th and 12th Streets, visitors will find a small, delightful Greek-style circular temple in the Doric order. It dates from 1893 and is named the Rosenberg Fountain, because it was financed by a bequest of Joseph Rosenberg (1848—1891), a well-to-do Chicago businessman who later had moved to San Francisco. 'Ihe architrave of the structure accommodates an inscription: "Presented by Joseph Rosenberg San Francisco, Cal." the dome is topped by a bronze figure, cast in Munich, of the Greek goddess Hebe, the cupbearer of the gods; she holds a pitcher in her left hand and a cup in her right hand. The sculptor was Franz Machtl of Munich, of whom little else seems to be known. 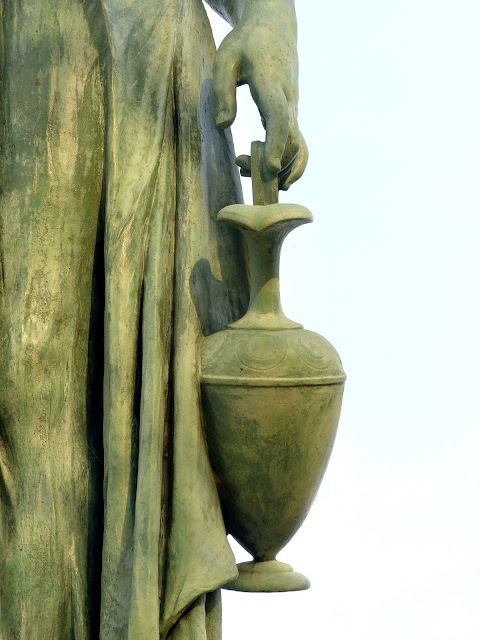 When I visited in 2016 the fountain base was all boarded up. 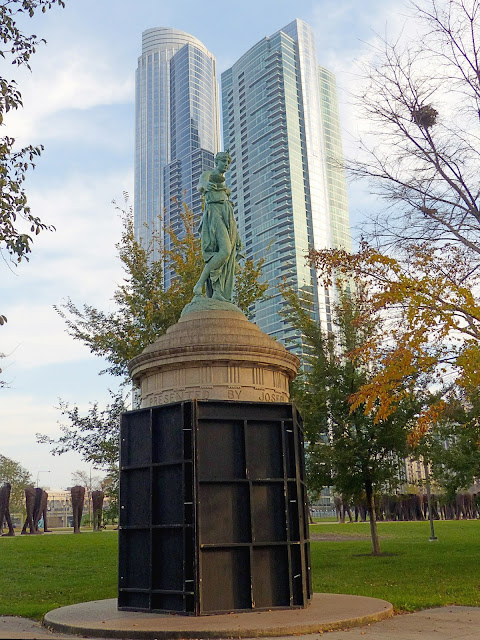 This 1930 stereograph show the  Rosenberg Fountain with a pick-up ballgame behind. 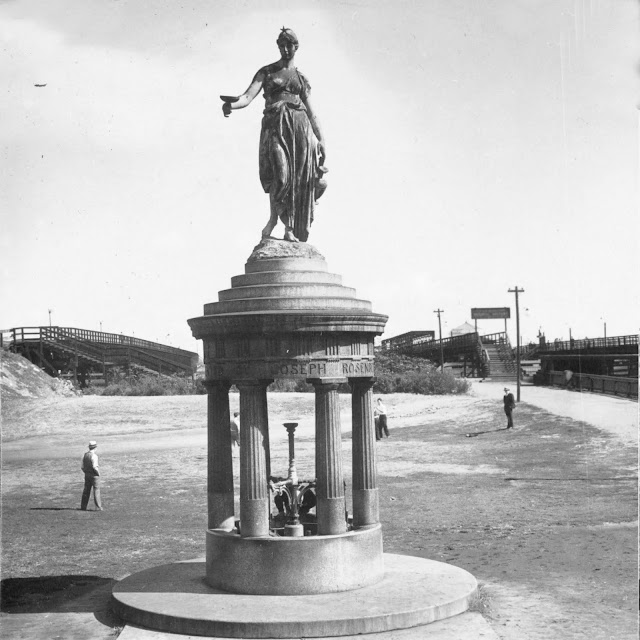 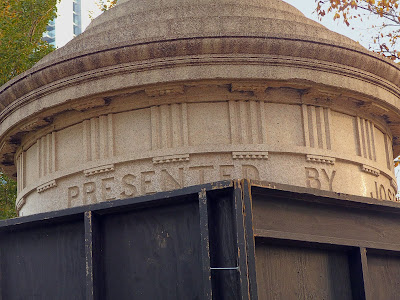 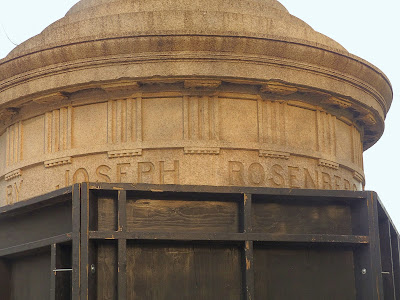 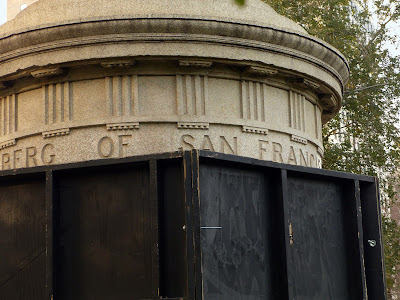 Sloopin tells the story of the Rosenberg Fountain in Grant Park.


Joseph Rosenberg (1848-91) left a bequest for a fountain in Chicago “to provide the thirsty with a drink.” During his youth here as a newsboy, Rosenberg could never convince local Chicago merchants to spare him a drink. Consequently, he vowed that if he were ever wealthy, he would create a fountain for newsboys to quench their thirst on hot days. He later moved to San Francisco and made a fortune, never forgetting his vow. The fountain was erected at the south end of Grant Park near his childhood home on South Michigan Avenue. The 11-foot tall bronze figure holding a goblet and pitcher represents Hebe, daughter of Zeus and Hera. As the Goddess of Youth and the Cupbearer to the Gods, Hebe symbolizes rejuvenation. Rosenberg’s fountain was installed 2 years after he died. German sculptor Franz Machtl created bronze sculpture which was cast in Munich. The drinking fountain is enclosed by a columned structure which emulates a miniature Greek temple. Chicago architects Bauer and Hill designed the Greek inspired structure. It reads, “Presented by Joseph Rosenberg San Francisco, Cal.” The Chicago Park District restored the fountain and its sculpture in 2004 --Sloopin 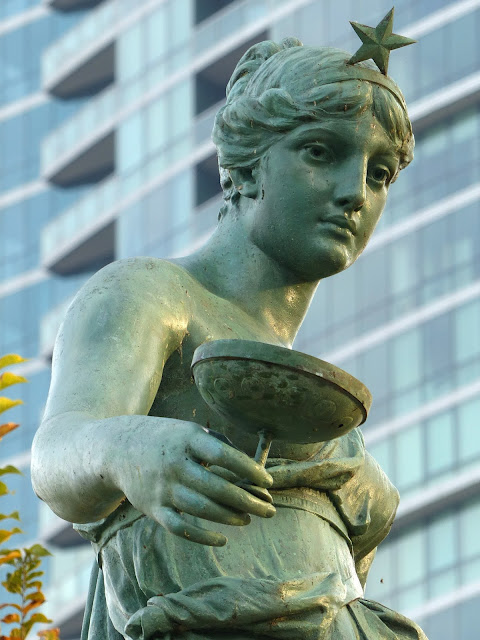 You can listen to Hebe tell her own story: 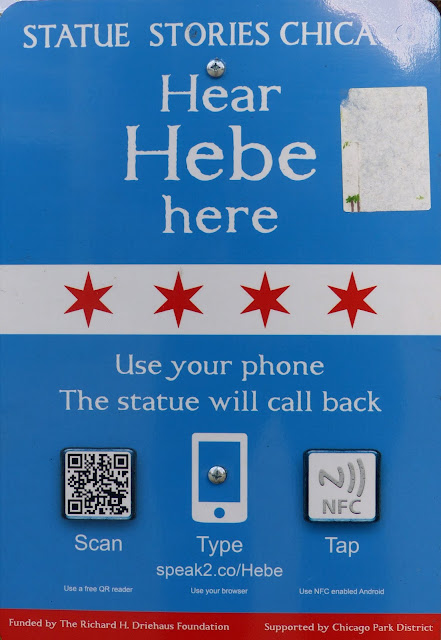 Click here if you're using your phone or just scan the QR code: 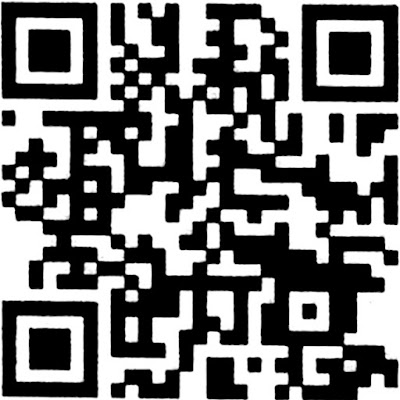