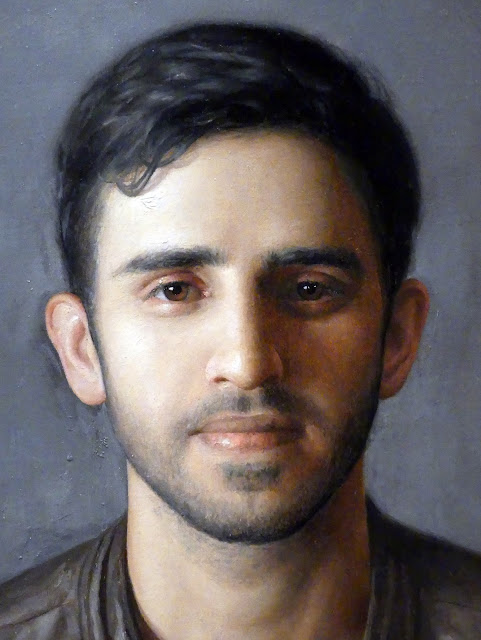 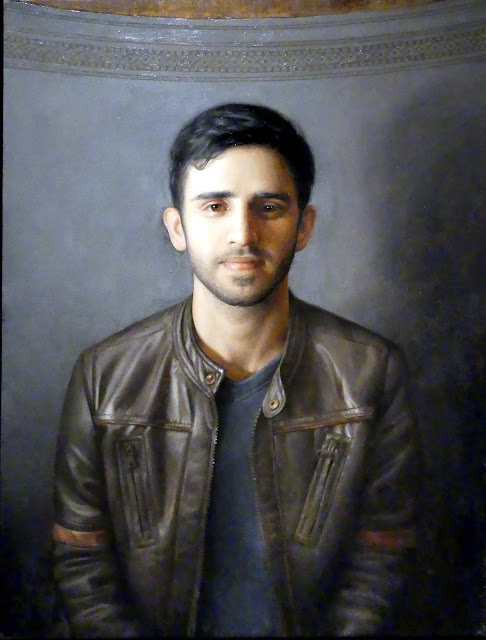 This 2016 painting entitled  Ajmal, Refugee from Afghanistan by Carla Crawford appeared in The 2019 Outwin exhibit at the National Portrait Gallery in Washington, DC. It remains in the collection of the artist.


For years, Ajmal worked as an interpreter for the U.S. Special Forces in his native Afghanistan. Despite life-threatening risks, he remained committed to bringing peace and stability to communities by training police and building roads and schools. While translating for a U.S.-run radio show, Ajmal's full name was broadcast, and the Taliban began threatening his life. His American teammates then helped him apply for the Special Immigrant Visa Program to relocate to the United States.

The artist Carla Crawford is “interested in portraying the story of forced immigration ... from the personal and private point of view." To locate her models for this project, she collaborated with the International Rescue Committee, which has relocated thousands of families. “It has been humbling to be welcomed into homes with so much hospitality and to witness so much resilience in the face of trauma,” Crawford notes. “Ajmal embodies all of these characteristics.” -- NPG