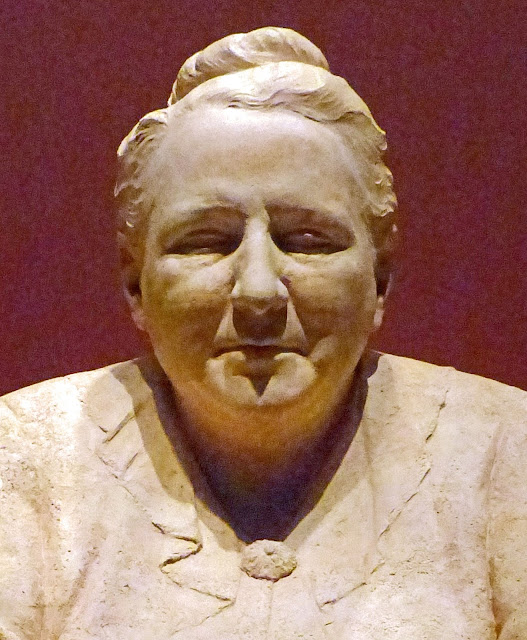 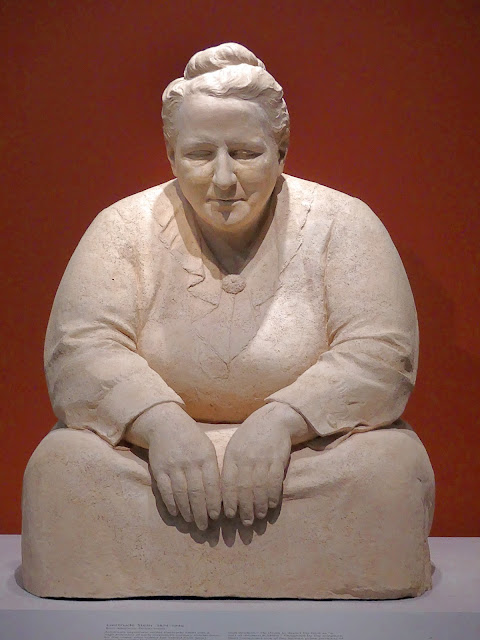 This 1923 sculpture of Gertrude Stein (1874-1946) by Jo Davidson stands in the National Portrait Gallery  in Washington, DC.


American expatriate writer Gertrude Stein was a high priestess of early twentieth-century modernism for the many who visited her fabled Paris apartment. She collected and promoted avant-garde art, including that of Picasso and Matisse. Her own abstract, repetitive prose inspired the the experiments of playwrights, composers, poets, and painters.

“There was an eternal quality about her,” sculptor Jo Davidson wrote. “She somehow symbolized wisdom.” He chose to depict her here as “a sort of modern Buddha.” Delighted by the sculpture, Stein composed one of her famous prose portraits of Davidson, later pubished in Vanity Fair alongside a photograph of this work. -- NPG 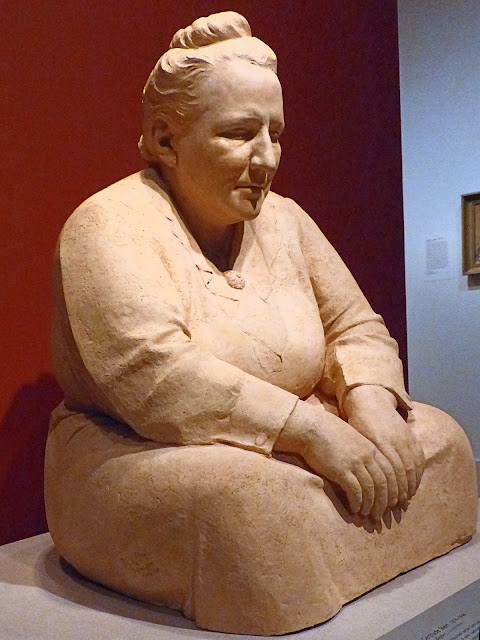 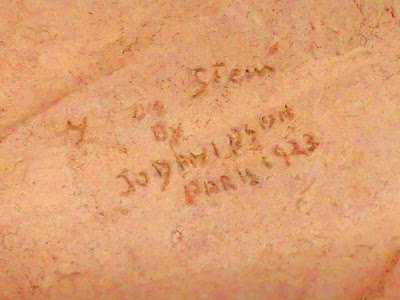 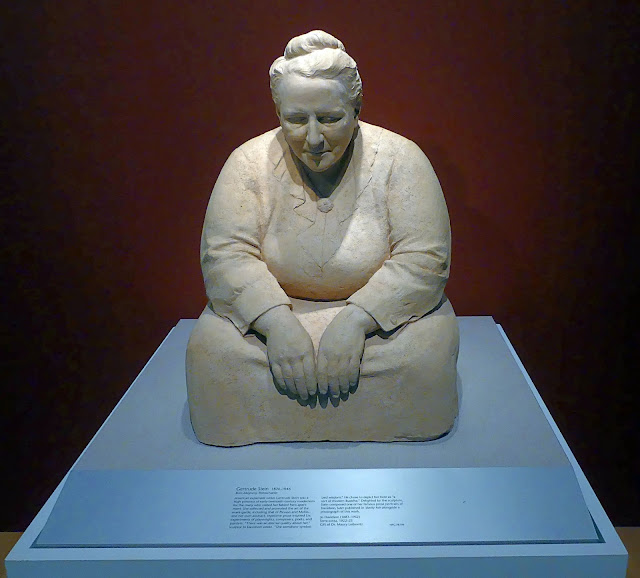