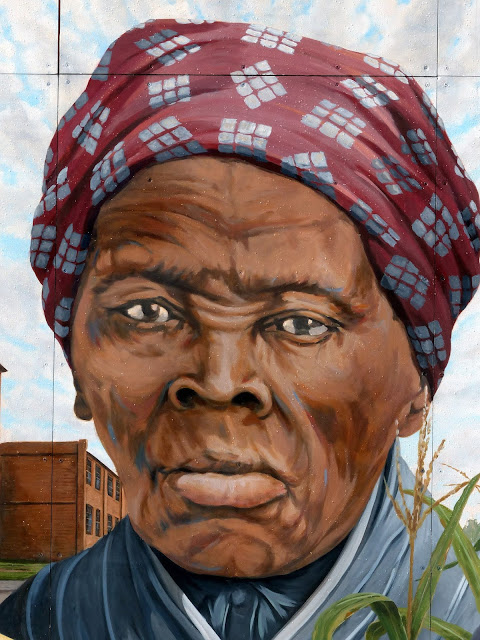 Harriet Tuman's face dominates the 2017 African-American Heritage Mural by Michael Rosato that stands on the east wall of the building currently occupied by Chesapeake Bay Orthopedics at the corner of Maryland Avenue and Route 50 in Cambridge Maryland.

The Dorchester County Mural Trail says this of the mural.


The mural highlights Cambridge’s rich African-American history, culture and heritage, particularly in the community around Pine Street, which is one of the oldest African-American communities in the country that dates back to the mid-1800s. The 11-foot-by-48-foot mural was created by artist Michael Rosato.

Rosato met with community members to discuss the mural’s design and to get ideas about the people and places they thought should be included. The final product is a mix of some of Dorchester’s most well-known citizens, as well as “ordinary” people. Rosato explained that the design of the mural is very deliberate. “At the center of the mural is Harriet Tubman, who is a symbol of courage, hard work, perseverance, and loyalty to her family and community,” Rosato said. “Everything radiates out from her, from her heart and center.” (Tubman was born into slavery in Dorchester County, just a few miles away from the mural.)

To Tubman’s left and right are leaders, including Gloria Richardson Dandridge, a key figure in the civil rights movement in Cambridge in the 1960s, and small business owners and everyday people whose contributions may not be as well known but resonate to this day—a bricklayer, a barber, a baker, a farmer, a high school athlete, and more.

Other figures in the mural represent a Tuskegee airman; Dr. J. Edwin Fassett; Nurse Maxine Magee, one of the first African-American public health nurses in the country; and Ella Fitzgerald, one of many popular African-American musicians who performed on Pine Street. “Several of the people in mural are looking out, engaging you, inviting you to learn more about them,” Rosato explained. “To me, it’s a very upbeat, positive look at this vibrant community and its accomplishments over the decades.” -- Dorchester County Mural Trail 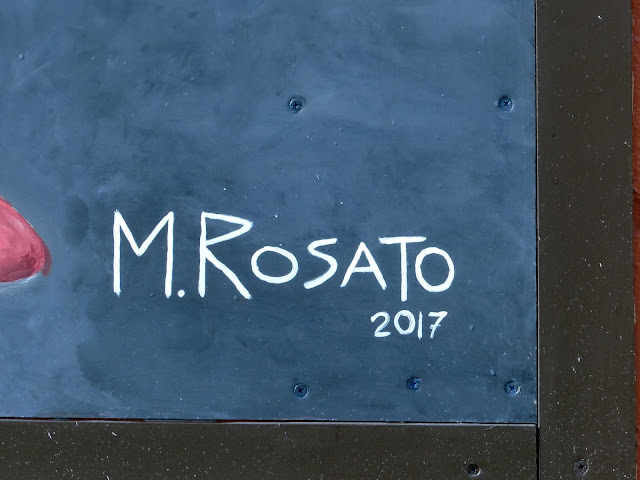 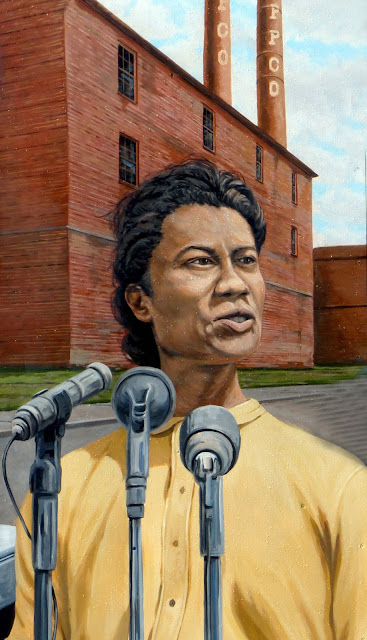 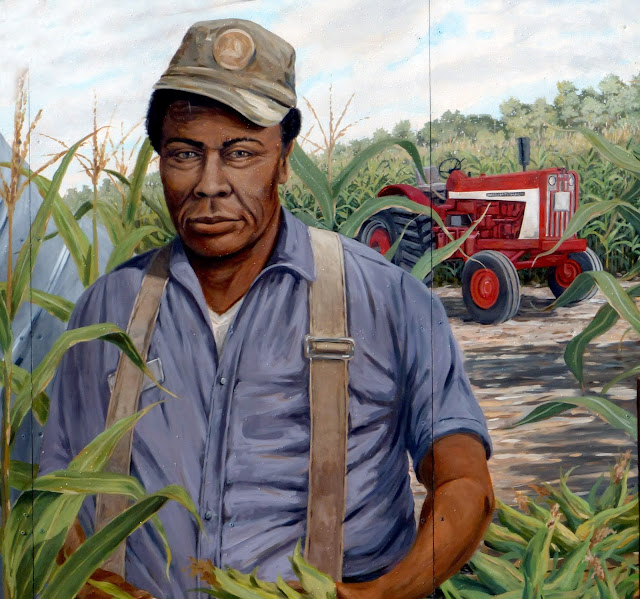 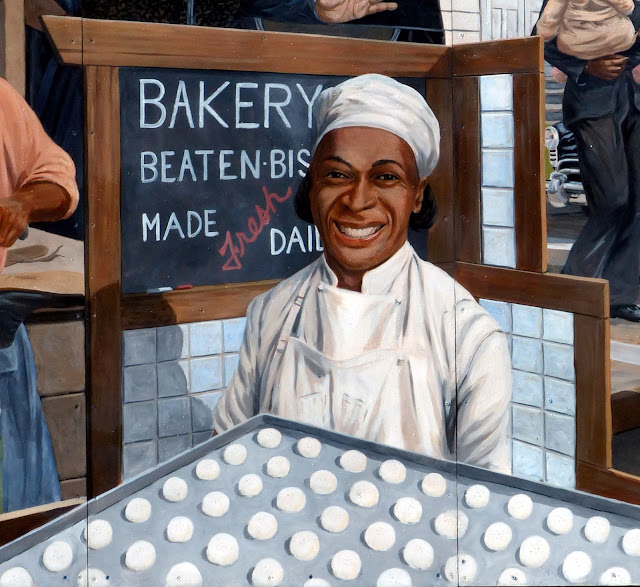 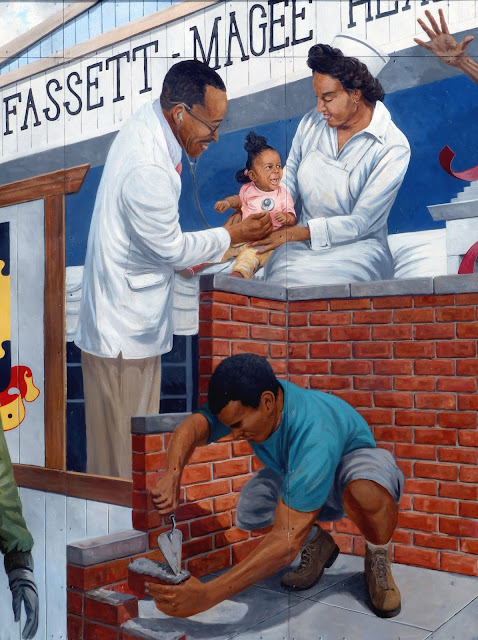 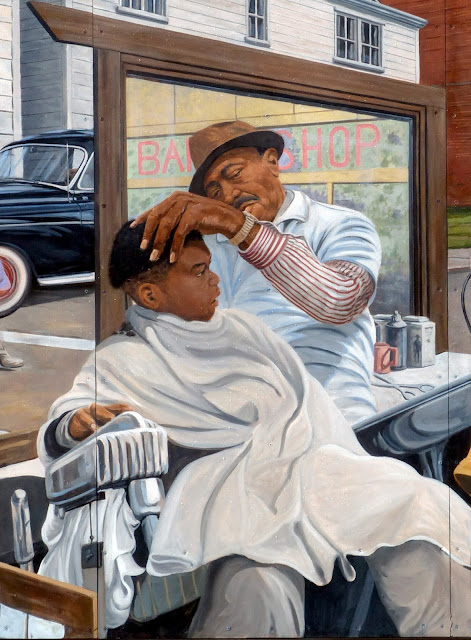 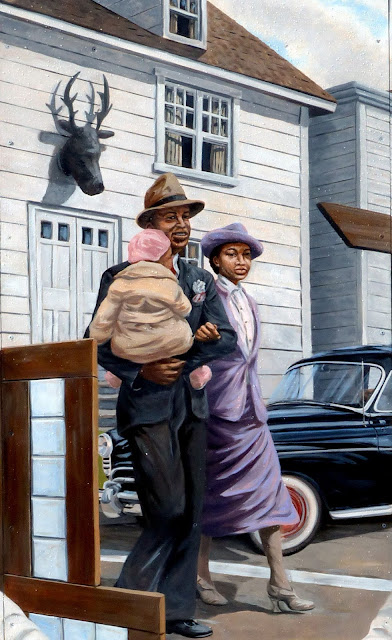 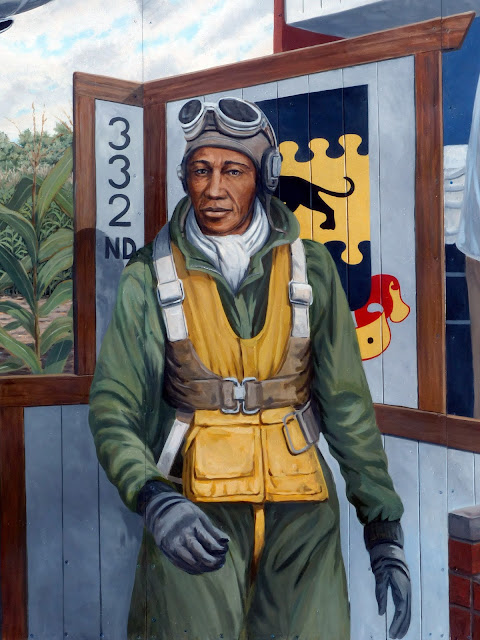 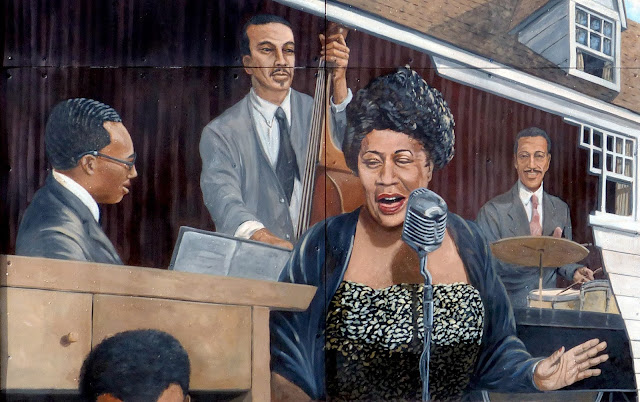 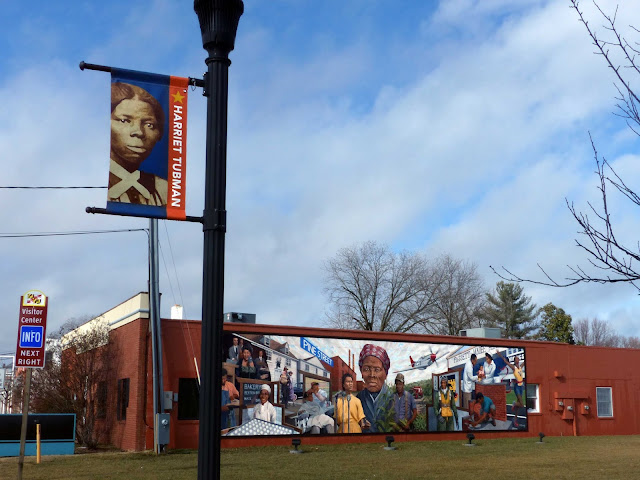 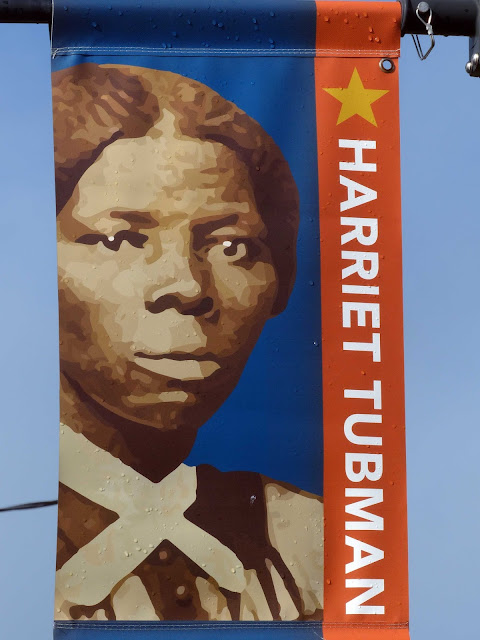