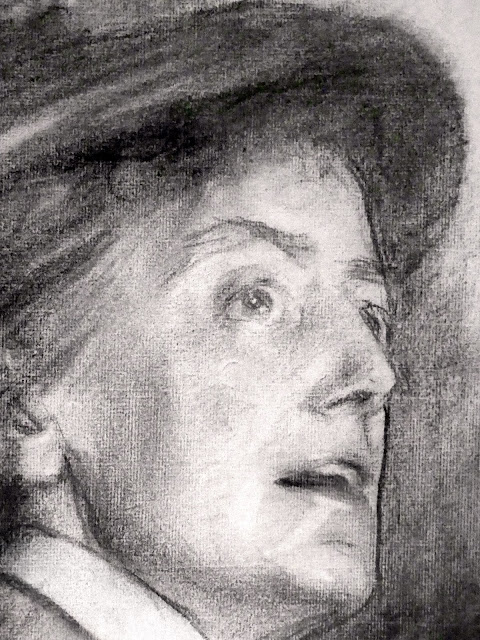 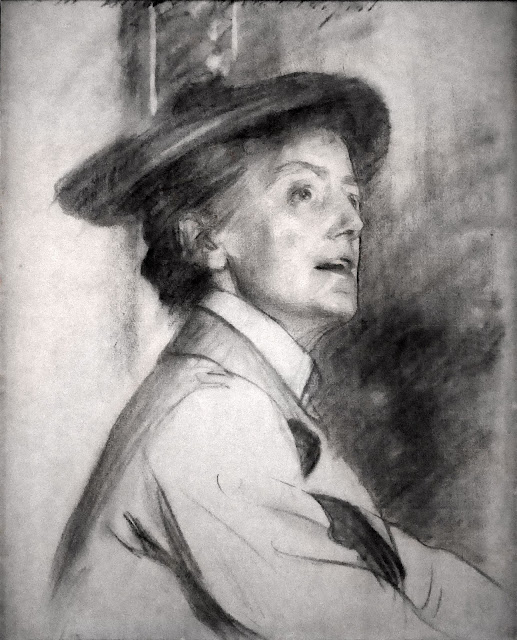 
Ethel Smyth was a prominent and gifted British composer of opera, oratorios, and concertos. She was also a celebrated singer, noted for “the rare and exquisite quality and delicacy of her voice, the strange thrill and wail, ... and the whirlwind of passion and feeling she evoked.” To convey the effect of her music, Sargent made this drawing while she sat at the piano singing “the most desperately exciting song's” in her repertoire.

Smyth brought equal passion to the cause of women's rights. She worked with Emmeline Pankhurst and wrote “The March of the Women” (1911), the anthem of the suffragist movement. In a speech before the National Society for Women's Service, her close friend  Virginia Woolf declared Smyth “of the race of pioneers, of pathmakers. She has gone before and felled trees and blasted rocks and built bridges and thus made a way for those who come after her.” -- NPG

Sargent's portrait of Ethel Smyth appeared in a number of American newspapers including the
Shreveport Caucasian. “Der Wald”,  “The Forest” was a 1902 one act Opera by Ethel Smith and Henry Brewster. 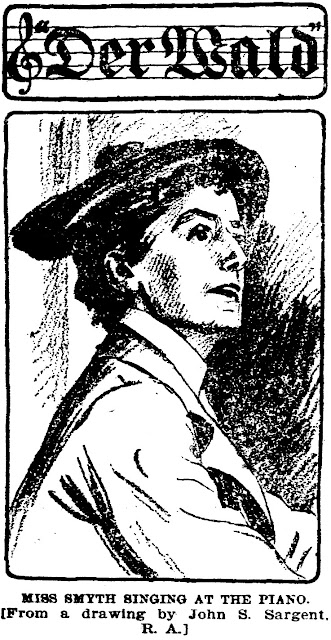 Miss Smyth Singing at the Piano
[From a drawing by John S. Sargent, R.A.] 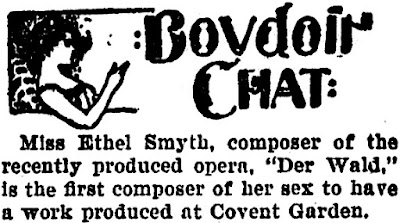 :Boudoir Chat: Miss Ethel Smyth, composer of the recently produced opera, “Der Wald,” is the first composer of her sex to have a work produced at Covent Garden.