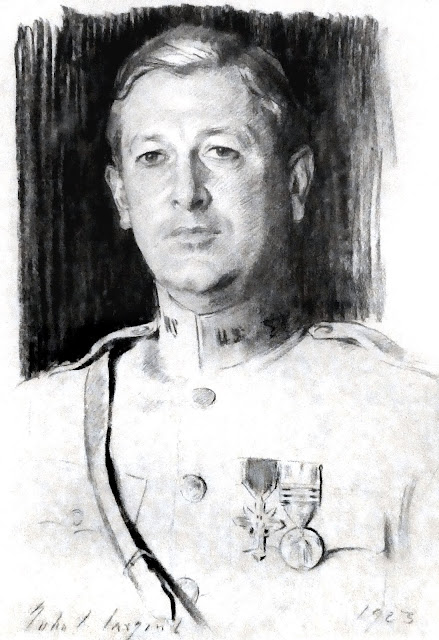 This 1923 charcoal portrait of Dwight F. Davis (July 5, 1879 – November 28, 1945) by John Singer Sargent appeared in an exhibition of  charcoal's by Sargent at the National Portrait Gallery in Washington, DC. The drawing is in a private  collection.


The tennis event that is known today as the Davis Cup originated in 1900, when Dwight F. Davis and three other members of the Harvard University tennis team invited a team of British players to compete in an "International lawn Tennis Challenge." Davis devised the format for the tournament and commissioned a silver trophy to be awarded to the winners, for which he personally paid the substantial sum of $1,000.

Davis went on to serve in World War I and was awarded the Distinguished Service Cross for extraordinary heroism. Here, Sargent represents him in military uniform, with the medal displayed prominently on his chest. Shortly before this drawing was made, Davis had been appointed assistant secretary of war by President Warren, G. Harding. He went on to become secretary of war under President Calvin Coolidge, in 1925, and served as governor general of the Philippine’s from 1929 to 1932. -- NPG 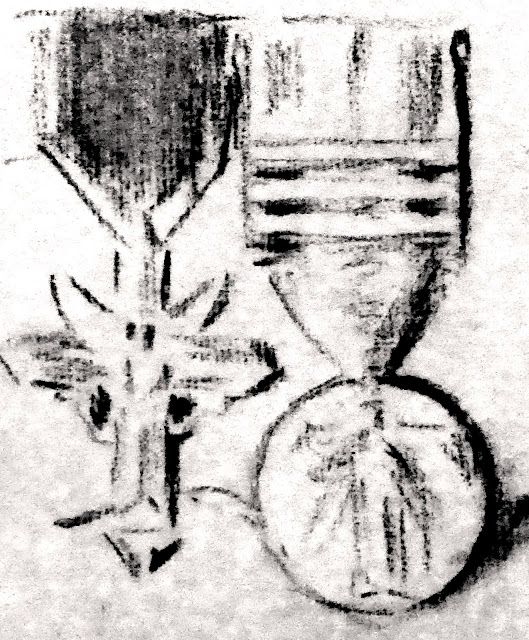 This photo of  the Davis Cup appeared in the New York Tribune in 1903. 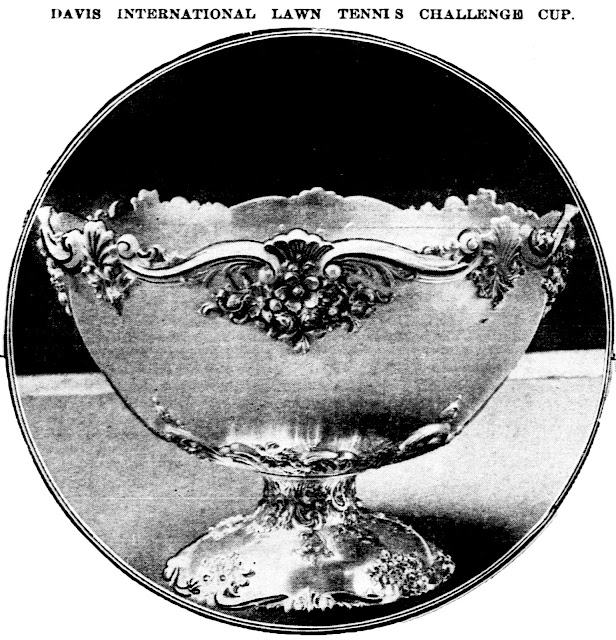 The Philadelphia Public Ledger ran this photo of  Davis when he participated in a doubles Championship in 1915.

This photo of Lieut. Col. Dwight F. Davis came out in various papers as a part of  Davis's unsuccessful  1920 campaign for the U. S. Senate. This one appeared in Hermanner Volksblatt a German language newspaper in Hermann Missouri. 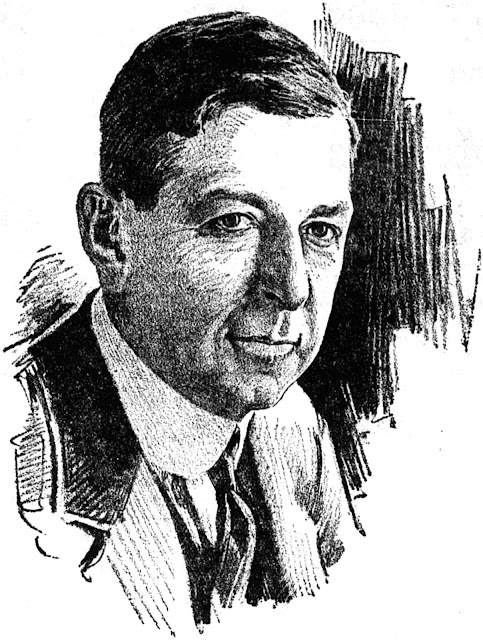 The campaign ad featured this summary of Davis's military service:

Trained in Plattsburg in 1916 before the United States entered the War.

Volunteered in May 1917, as a member of the Fifth Regiment, Missouri National
Guard, commissioned as Captain, and helped organize the regiment.

In training at Camp Doniphan, promoted  to Assisstant Chief of Staff, later to Major. Sailed for  France with Thirty-fifth Division.

Participated in great battles of San Mihiel and Argonne, and was twice cited in Divisional Orders for gallantry  in action under intense machine gun and shell fire.

Davis appeared on the cover of Time Magazine on December 15, 1924. The caption refers to him as “War's Hypothecator.” The cover article describes Assistant Secretary of War Davis's address to the 45th meeting of the American Society of Mechanical Engineers in which he urged preparedness for future war. 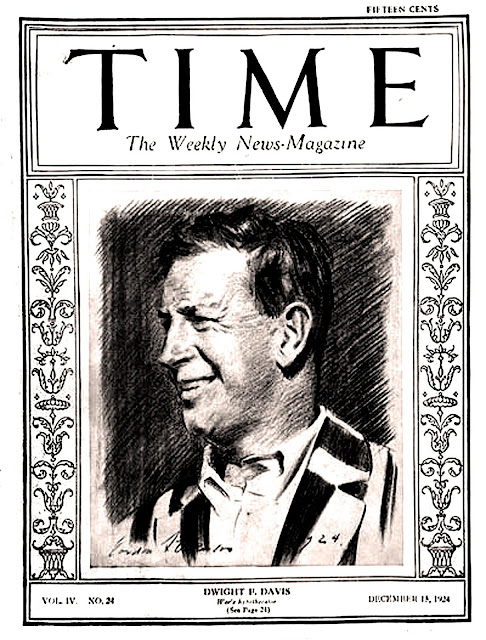 Thus spoke War's hypothecator, pledging the nation's resources, in case of need, to war—preparing peaceful plans for future emergencies, enlisting scientists—peaceful scientists—in the interests of national defense. It was perhaps one of the last things one would have expected 25 years ago of the tall, good-looking, young Missouri tennis- player, who, then at Harvard, offered the trophy afterwards to become famous as the Davis Cup, who for two years defended it in person, who sailed boats, played polo, who became Park Commissioner of St. Louis and started the Municipal Athletic League. His turn towards the field of industry in war came in 1921 when he was made a director of the War Finance Corporation, from which post he came to be the Assistant Secretary of War in 1923. -- Time, Vol. IV No. 24,  December 15, 1924

Dwight Filley Davis died in Washington, DC. on November 28, 1945 and is buried in Arlington Cemetery (Section 2).  M. R. Patterson took this photo of Davis's headstone  in 2004. 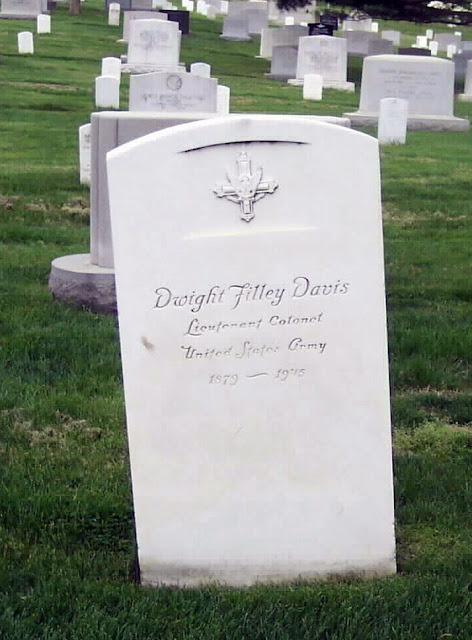 Ron Williams took this photo of the reverse of the headstone. 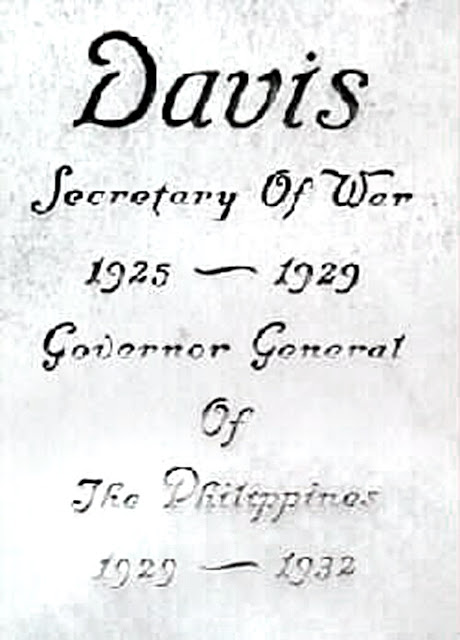