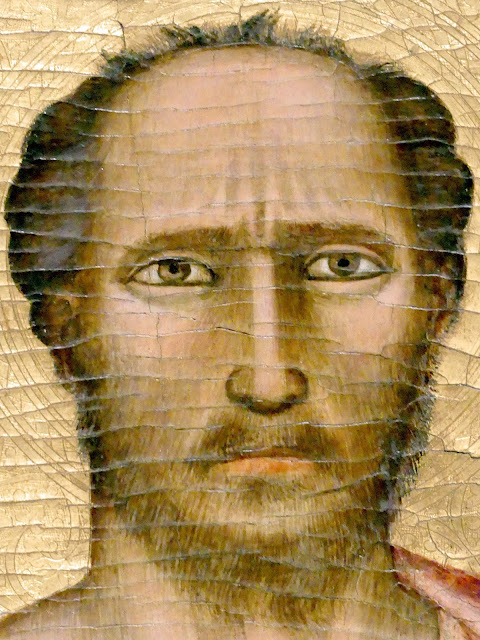 This 1333 painting entitled Saint Paul and a Group of Worshippers by Bernardo Daddi hangs in the National Gallery of Art in Washington DC.


When this painting was made in 1333, according to the date given on the lower frame, the style was a bit old-fashioned. Saint Paul’s frontal stance, the intensity and fervor of his direct gaze, the inclusion of his name in red-backed gold letters on either side of his head, and the pointed arch all might have been seen in a work from the previous century. Probably this archaizing look is just what was wanted by the 12 men and women whose small figures appear below this imposing saint. These donors were likely members of a lay confraternity that commissioned the image of their patron saint. Its tall, narrow shape suggests that it was hung in front of a church pillar, where confraternity members would gather periodically for prayer and song. Lay confraternities, which performed various kinds of charitable work like caring for the sick and burying the dead, were an important part of religious and civic life. We cannot say for certain, but these six couples may have been part of the Compagnia di San Paolo that administered what later became Florence’s convalescent hospital.

Among their expressions and gestures of praise—much more than in the stern countenance of Paul—we can see Bernardo Daddi’s bent for gentle narrative. Each face is quiet, filled with calm emotion, except the woman at the right who is moved to speak of her devotion to her neighbor, or perhaps to sing. Early in his career, Daddi had worked in the orbit of Giotto (Florentine, c. 1265 - 1337), but his figures avoid Giotto’s solemnity in favor of a more lyrical touch as shown in the soft fabric of Saint Paul’s mantle, breaking into sweeping folds that further emphasize the figure’s corporeal substance. -- NGA 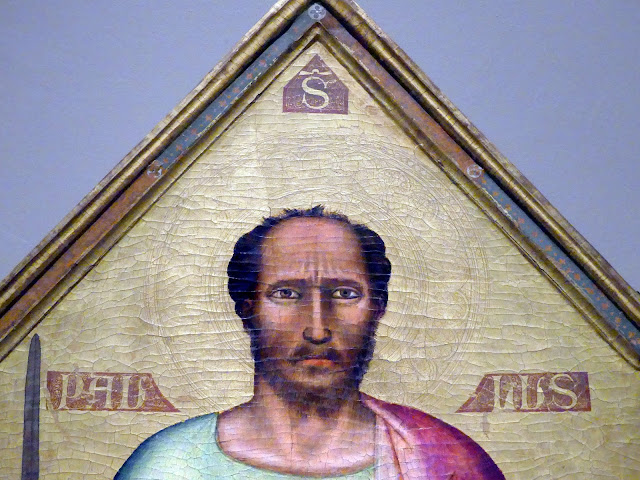 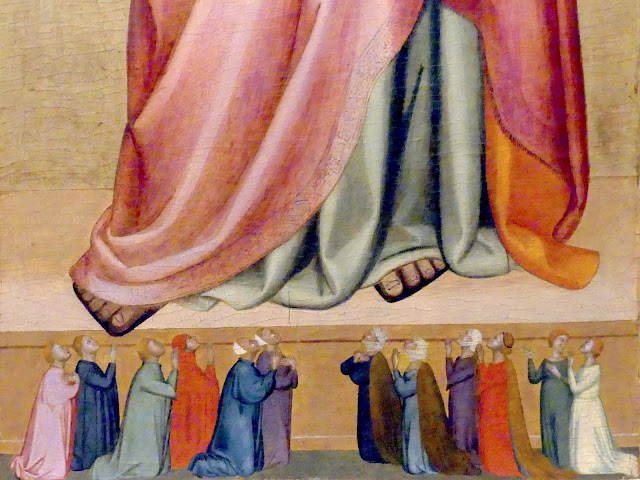 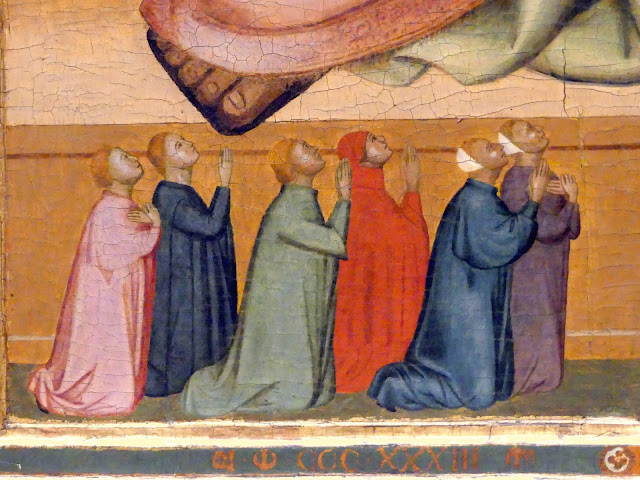 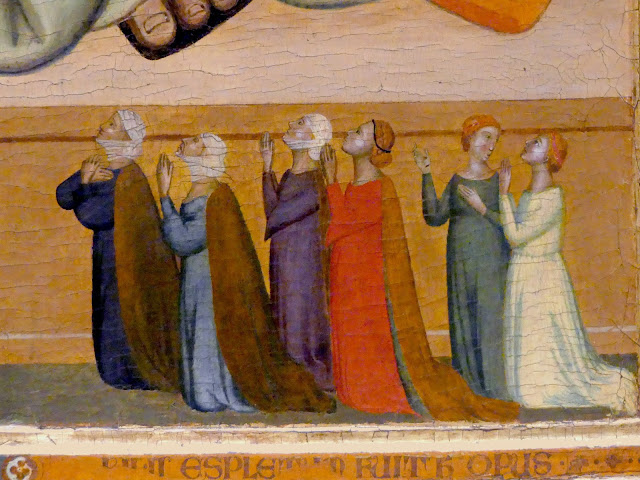 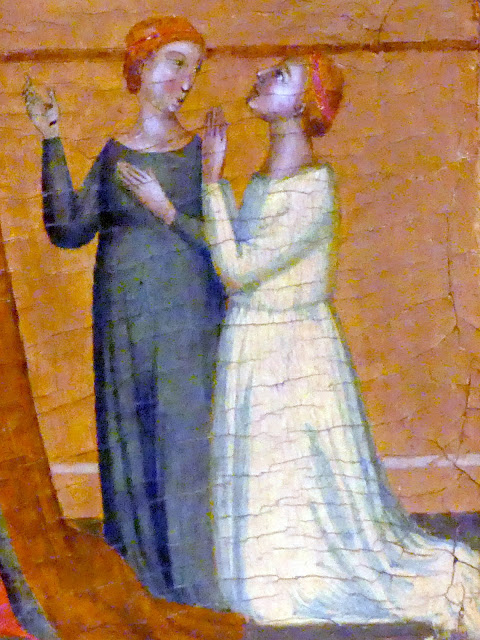 Distraction in the Back Row 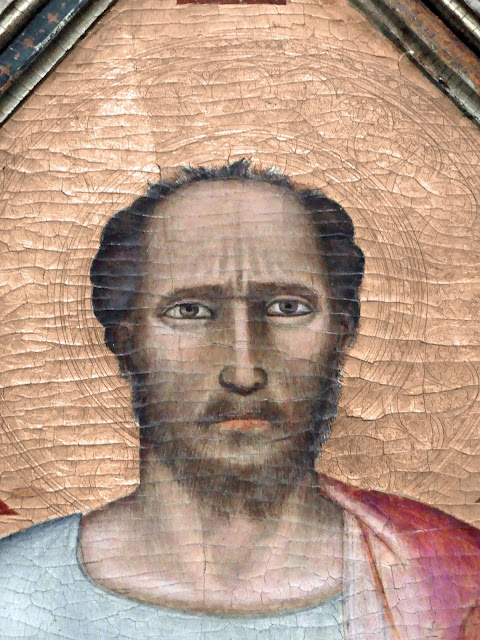