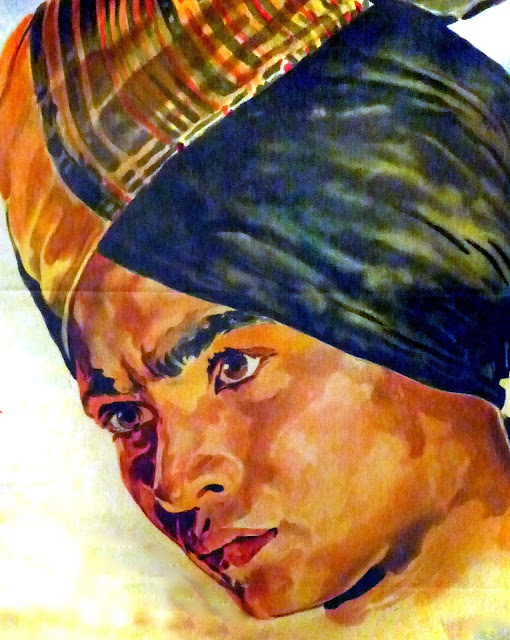 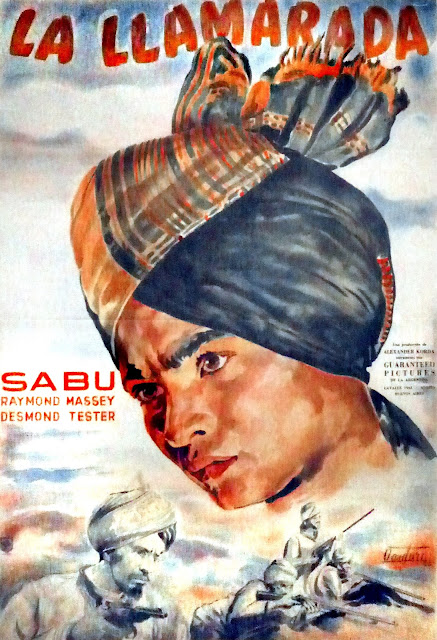 This 1946 Argentine movie poster by Osvaldo Mario Venturi of Sabu Dastagir (1924-1963) in  “La Llamarada” hangs in the National Portrait Gallery in Washington, DC.


Sabu Dastagir is best known for starring as Mowgli in the 1942 adaptation of Rudyard Kipling’s Jungle Book (1894). As a youth, he caught the attention of an American film director who was scouting for locations in India and subsequently starred in Elephant Boy (1937). Invariably typecast as a graceful, exotic figure from the “Mysterious East” in films such as The Thief of Baghdad (1940) and Arabian Nights (1942), Sabu is shown here playing the role of Prince Azim in the 1938 film The Drum (in Spanish, La Llamarada).

Sabu became an American citizen in 1944 and enlisted in the U.S. Army Air Forces. He received the Distinguished Flying Cross for his service as a gunner on B-24 long-range bombers in the Pacific theater. Subsequently receiving fewer roles, Sabu continued to act as well as perform in a circus elephant act. Though successful, his trajectory indicates the limited roles for people of color in Hollywood. 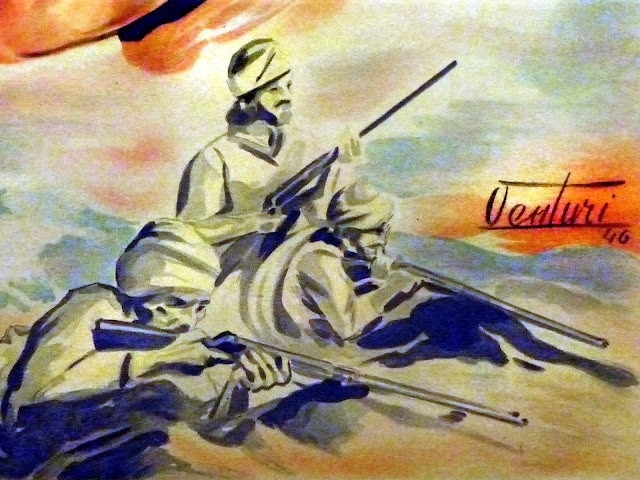