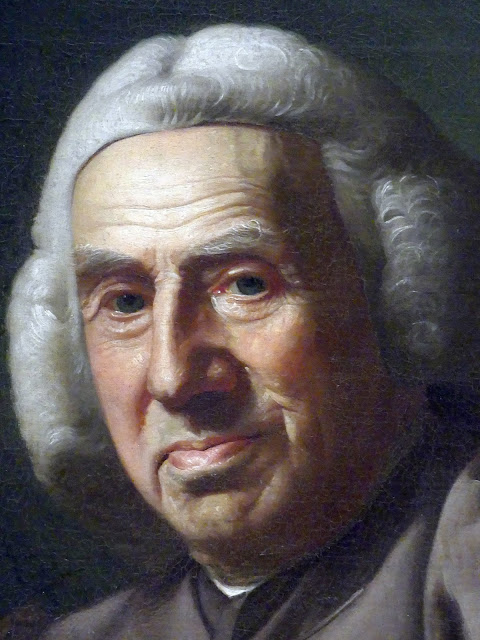 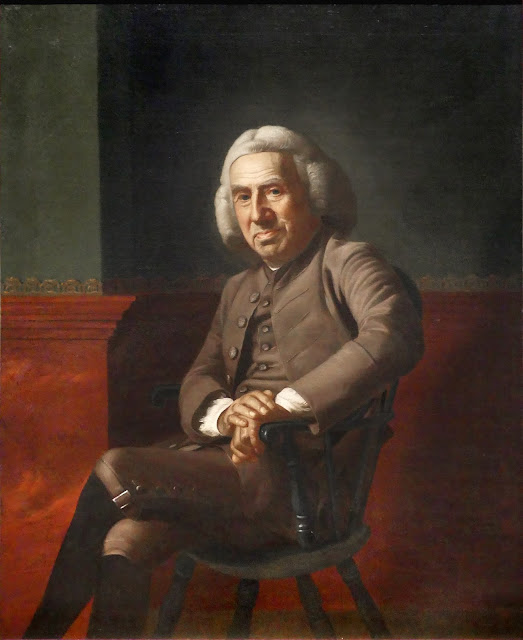 This 1772 portrait of Eleazer Tyng by John Singleton Copley hangs in the National Gallery of Art in Washington, DC. American Paintings of the 18th Century by Ellen G. Miles, 1995, says this about the painting.


This portrait of octogenarian Eleazer Tyng (1690-1782) is one of a number of sympathetic, masterful images of older men that Copley painted in the early 1770s. Tyng, a graduate of Harvard College, was a landowner in what is now Tyngsborough, New Hampshire, and served as a magistrate, a colonel in the militia, and a justice of the peace. His expression suggests that he managed these positions with shrewd judgment.

The History of Dunstable by Nason and Loring, 1877, gives this short bio.


Eleazer Tyng, son of Hon. Jonathan and Sarah (Usher) Tyng, was born April 3, 1690. H. C. 1712, was justice of the  peace, colonel  of militia, and one of the most prominent men of the town. His name appears on many deeds and other papers of the day.

In 1724 Eleazer Tyng became colonel of the Upper Middlesex Regiment, during Dummer's War against the Wabanaki. In February 1725 Col. Tyng led a company of Dunstable volunteers, scouting around the Pemigewasset River and Winnepesaukee Lake. In May of 1725, upon learning of Lovewell’s defeat at the hands of Paugus (The Oak) at Saco pond (Lovewell’s Pond), Col. Tyng led an expedition to Saco pond where he found the bodies of Captain Lovewell and 11 of his men. He had the 12 men buried marking their names on nearby trees and had the body of Paugus dug up and identified.

Eleazer Tyng is buried in the Tyng Crypt in Drake Cemetery in Tyngsborough, Massachusetts. (This area was in New Hampshire before 1789 but is now part of Massachusetts. ) Nason & Loring describe the crypt as “a large horizontal slate-stone slab, at the head of which rises an ancient Lombardy poplar.” 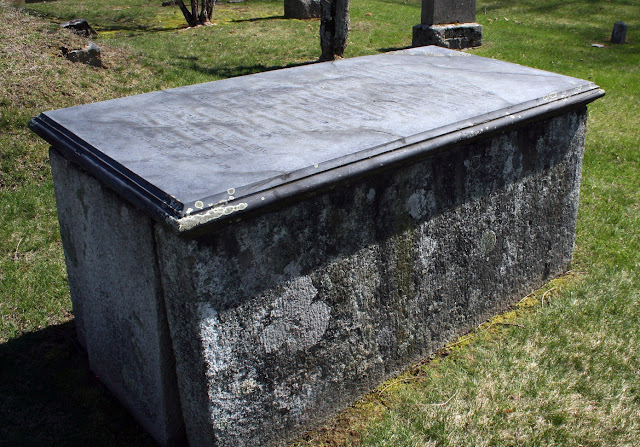 They quote the inscription in the slate-stone slab: 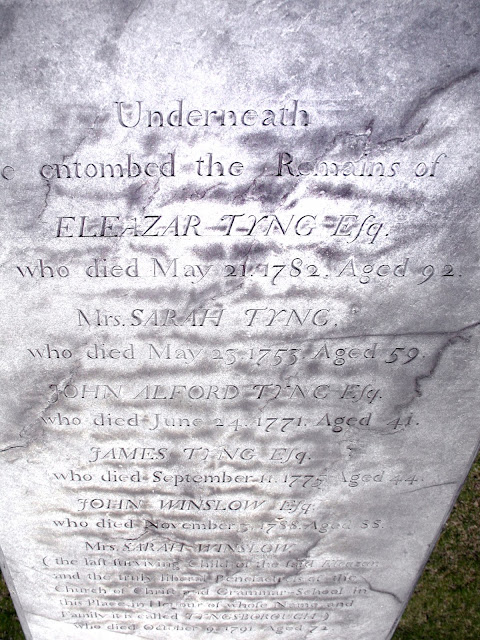 Photo by Chelmsford Mark Find-a-Gave
Posted by Allen Browne at 12:00 AM