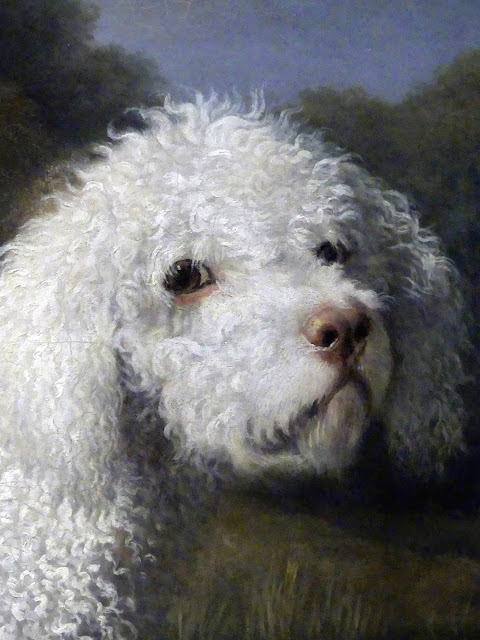 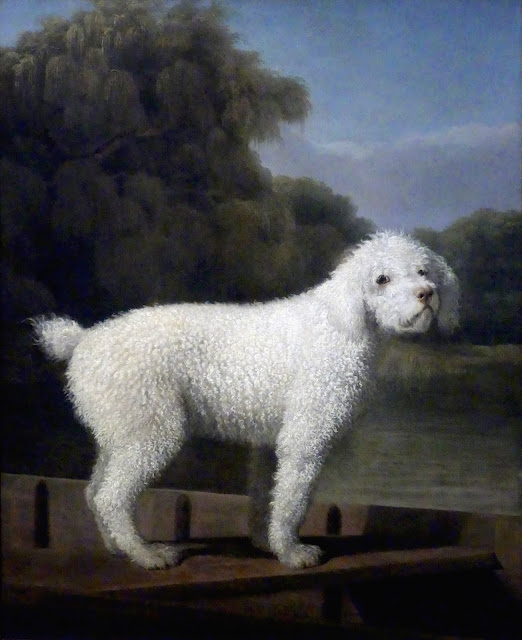 This c. 1780 painting by George Stubbs entitled White Poodle in a Punt hangs in the National Gallery of Art in Washington, DC. George Stubbs  (25 August 1724 – 10 July 1806) specialized in painting horses and other animals. Nothing is known about the individual dog in this painting.  In fact the title of the piece -- and indeed the breed of the dog -- are both questionable.


The painting itself does not contain any indication of having been named by the painter, and it is believed that the name was given considerably later by an art dealer during the break-up of a lordly estate in Bristol, which has cast some doubts over the actual breed of the dog. Firstly, the breed we now know as poodle was not as popular in the 18th century and, as such, would have been less likely to have been flaunted by its owner. Much more common were the so-called water dogs, like the Poedel, an ancestor of the modern breed, or the Caniche, or even the more geographically likely Norfolk Water-Dog.

Secondly, the dog in the painting bears little resemblance to what the modern breed looks like, which could stem from three possible alternatives: that the dog was not, in fact, a poodle; that it is an exceedingly young dog, which might explain the lack of the sharply chiseled features usually found on the breed since a juvenile dog might not have yet developed them; that this is a very early example of the breed, showing us a snapshot of the breed’s development over time. While the second option seems less likely since one is much more inclined to commission the portrait of an old friend than of a recently acquired pet, breed experts discredit the third, leaving us to believe that the art dealer has misnamed the dog. -- The Reproduction Process 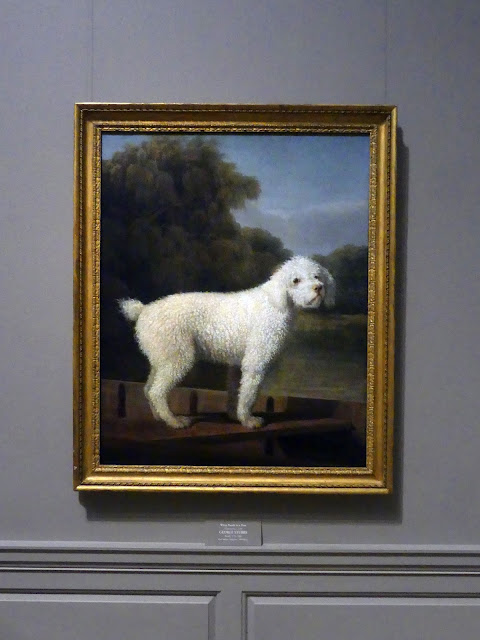