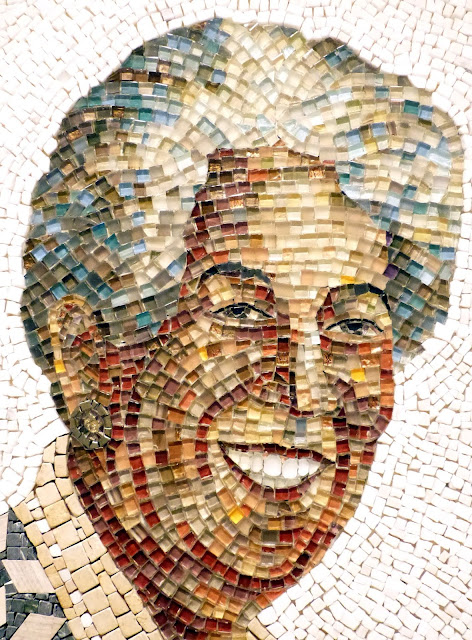 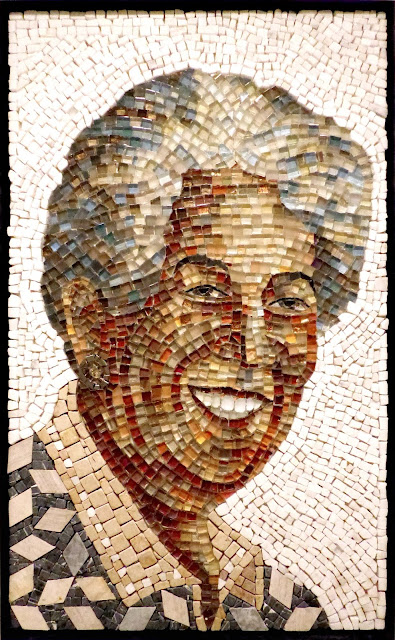 This 2014 marble, glass and stone mural of Antonia Pantoja 1922-2002 by Manny Vega hangs in the National Portrait Gallery in Washington, DC.


A preeminent social leader of Puerto Ricans in the United States, Antonia Pantoja arrived in New York City in 1944, joining thousands of islanders who moved there between the mid-1940s and the late 1950s to work in low-paying post-World War II industries, Employed at various factories, she quickly started organizing workers to contest salaries below the minimum wage and other labor violations.  Meanwhile, with scholarships, savings, and determination, she completed a bachelor's degree in sociology at Hunter College and earned a doctorate in social work. In 1961 Pantoja founded ASPIRA (“to strive” in Spanish), an organization aimed at over-coming the disproportionate high-school dropout rates among Latinos. ASPIRA won a landmark lawsuit in 1972 that mandated bilingual education in the New York school system. Pantoja's efforts in education earned her the Presidential Medal of Freedom in 1996.

This mosaic is a study for a public mural honoring Pantoja, installed in the Puerto Rican community of East Harlem in 2015. -- NPG 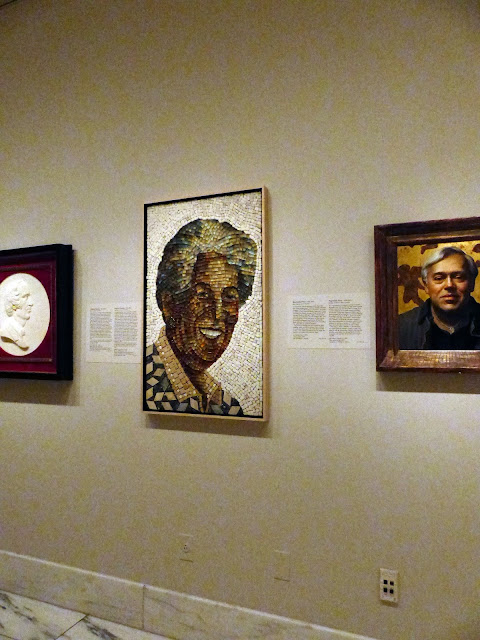 Watch the Indiegogo video about Antonia Pantoja and the Mural Project:

NBC reported on the installation of the finished mural in 2015.